The Relocators And Hani Malik: Relocating Contemporary Music In Bahrain

Bahrain is not renowned for its contemporary music scene either within the Middle East or beyond the region, but that is slowly changing with the emergence of a new generation of musical talents, many of whom have been promoted by local enterprise MuseLand Records. Arie Amaya-Akkermans looks at two up and coming Bahraini acts: The Relocators and Hani Malik. 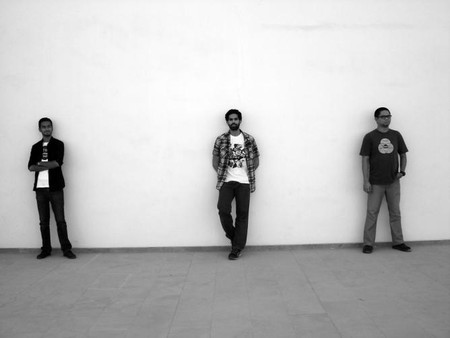 Little is known about the music scene from Bahrain, although some specialist and ethnographers might have heard occasionally about ‘Sawt’, a popular bluesy genre influenced by African, Indian and Persian music and native to Bahrain and Kuwait since the early 20th century, or the more traditional Khaleeji and Fidjeri styles. Contemporary sounds on the other hand, have received scant attention and perhaps do not have the reception that poetry and abstract painting have had in the kingdom. Nevertheless, contemporary music from Bahrain debuted in the 1980s with the progressive rock band Ossiris and the 2000s have brought about a new generation of musicians oscillating between metal, hard rock and alternative/progressive rock, similar to the Lebanese underground of the mid-to-late 90s.

The cultural context of Bahrain, however, together with the accessibility of technology and new media, and the sometimes cosmopolitan, sometimes constricted space of the Arabian Gulf, paved the way for very different foundations and results. The Elham Collective, founded in 2009 to give a boost to the country’s art scene, greatly contributed to the growth of the modest music scene and returned in 2013 with a new project: MuseLand Records, a Bahrain-based label committed to promote young talents from the country; in a way complementing a host of institutions that have emerged in Bahrain in the last fifteen years, including two international art galleries, a number of smaller local galleries, and an annual festival run by the Ministry of Culture, among others. 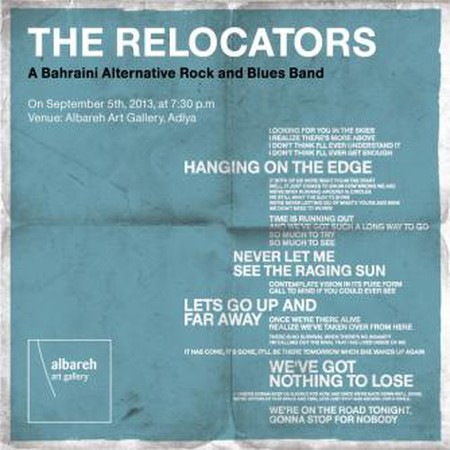 MuseLand records launched this year with the 3rd volume of a compilation of the same name, featuring some of the emerging talents from Bahrain and the region in a variety of sounds ranging from pop to alternative rock to folk, Indie and experimental. Favorites from the selection were the band The Relocators and solo singer composer Hani Malik, who have launched careers of their own, with debut albums. Belonging to a new generation of English-speaking Bahrainis, largely exposed to the ‘contemporary’ and performing for a different audience, less traditional and more cosmopolitan, The Relocators and Hani Malik profile themselves as trend-setters in the nascent music scene of a young country, a transit point of different cultures and nationalities, at the crossroads of the Middle East and South Asia.

The Relocators’ self-titled EP debuts with five songs somewhere between raw and alternative, with noticeable influences from Blues and progressive rock. Performing in verse-chorus forms within a loose acoustic ensemble, their spontaneous semi-acoustic sounds border on the grunge music of the 1990s but in elaborate dynamic contrasts where guitar and drums are prominent. Embedded in harmonious lyrics out of which short-timed extended lengths are born, the songs allow ample room for improvisation. Complex structures are built almost intuitively out of simple parts and without the symphonic and often orchestral sound of rock; their tracks also retain the casual ability of modern pop to engage through repetition of samples but without the electronic aura. 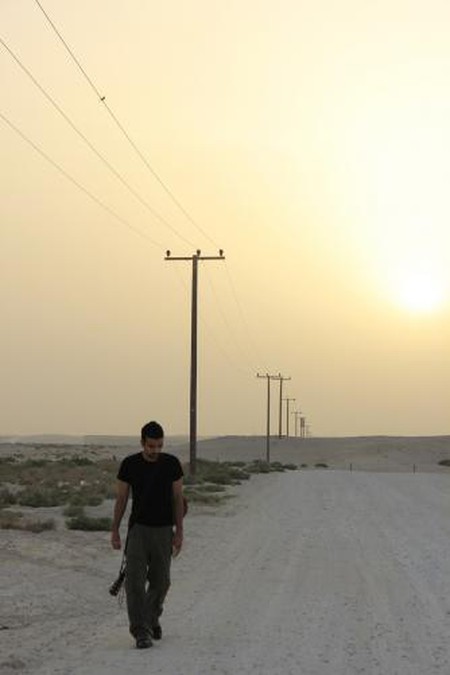 The band formed by Faisal Amin Sheikh — one of the brains behind MuseLand Records — as a vocalist and guitarist, Ali Al Qaseer on the drums and Romeriko Canvas on the bass, was born out of different former and on-going projects and influenced by sounds such as Jimi Hendrix and Incubus. While their sound is definitely raw, it is the antithesis of minimal: the editing and processing of their creative process leaves many rough edges untouched and does not fiddle with the density of Indie ensembles. Less is more, you would say. Their good-natured music is not melancholy but the range of expression is somewhat kept in check and it does not overflow into sentimentality. Clean as it might be, their music does not depart from compositional abstraction and simply grows naturally.

The listener can hear in the background a lot of plain experimentation with the physicality of the instruments rather than a composition scheme, but the sounds are later incorporated into time signatures that do not change abruptly but rather overlap in layers. The concept is very simple and the execution spontaneous and as the vocalist and guitarist insists, music is the most direct translation of the imagination. The uncollectable and intangible, an instant of expression or emotion, perhaps the only suitable metaphor would be a photograph overexposed or out of focus, from the perfect moment. The essential qualities still remain available, and in their case, barely tampered with. Pure experience.

Hani Malik’s album, No Remorse, released in 2012, in an extended play of 10 tracks, presents a similar texture but with a thicker ensemble, perhaps less harmonious but just as rough. His album, more than a full-fledged instrumental experiment, is the journey of self-discovery of a young man, oscillating between simple parts, near-symphonic themes and very personal lyrics. The nature of the sound is difficult to classify, for while the general aura certainly belongs to modern pop songs, the execution is that of progressive rock and the percussion is overarching. His songs seem born out of the lyrics, therefore a lyrical environment finds a free-floating time signature that is neither staged nor calculated. The influence from the density of post-rock is very pronounced here, although not yet audible. 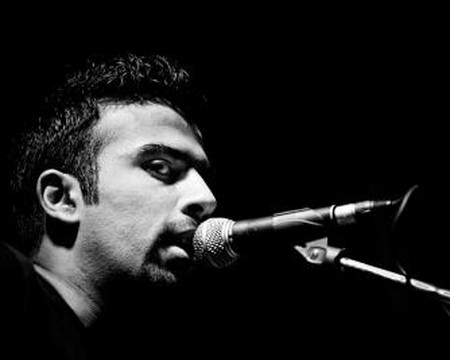 Certain electronic elements of symphonic post-rock are always present in the sequence but shying away from minimalism. Sometimes in chorus-verse and sometimes resembling the thirty-two-bar form of ballads, but completely unrestrained and uncontrolled, No Remorse is audibly a contemporary rock album with the grammar of pop ballads. Hani Malik’s music is personal and sentimental, but again, like The Relocators, does not indulge in melancholy, as the articulation of the sound moves too rapidly to give space to slow depth. Sometimes dense, sometimes loose, sometimes synthetic, his style is still consolidating and the unique bidirectional voice sometimes recedes into a whispered lullaby, sometimes takes center age. Overall experimental and raw, but never un-emotive or expressionless.

These young musicians, born out of almost accidental circumstances, continue to shape in different ways the sonic panorama of Bahrain. A country both young and old, with an irregular landscape, shaped by the paradox of impermanence and tradition. In the audible contemporary, it would be difficult to tell where their sounds originate, and what spaces are they trying to shape, but perhaps a more careful inspection reveals a gramophone of personal stories, embedded in the circumstances of an undefinable place. The music scene in Bahrain is still a far cry from that in the Levant and not even comparable to Bahrain’s achievement in the visual arts, but it will always take only a small number of trend-setters to unleash creative potential and create a public.

The Relocators will launch their self-titled EP at Albareh Art Gallery, on September 5th.