In the Open: An Artistic Perspective on Bahrain

A young Bahraini curator based in London, Latifa Al-Khalifa, had a dream of bringing her favourite artists from her homeland to UK to showcase their work. Her plans have come together with the exhibition In the Open, a major display of contemporary art at Edge of Arabia in Battersea, which is organised in collaboration with the Shubbak festival of contemporary Arab culture, and runs from 27 June to 25 July 2013.

Speaking to Al-Khalifa, it’s refreshing to meet a curator who genuinely came into this field because of her passion for getting to know the artists and their work. ‘I got the names of some artists whose work I really admire and I wanted to speak to them. I didn’t just want to look at their portfolio and pick something out’, she says. So Al-Khalifa embarked on a journey to visit each artist and told them that she wanted to show their work in London; naturally all agreed as most had not shown in the UK before.

The exhibition itself comes in the curatorial form of seven different artists with about a dozen works, and Al-Khalifa explains that ‘everyone had something different to contribute. Of course, things changed along the way but it was amazing to see how everyone involved in this show invested so much time and effort into making it successful and collaborative’.

Asked about the title of the show, In the Open, Al-Khalifa explained that it came from the idea of wanting to present ‘an honest portrayal of what the artists wanted to express and bring into the open, so to speak’. In the roomy test bed of Edge of Arabia in Battersea, Al-Khalifa chose to highlight the variety of media these contemporary artists are learning to experiment with in the Middle East.

For me, the stand-out works on show came from Mohammad El-Mehdi, an artist who I have admired for years and who I first came across in 2010 via Albareh Gallery in Manama. El-Mehdi was also recently highlighted in Arie Amaya-Akkermans run-down of ten important artists from Bahrain which also included two other artists from this show; Hasan Hujairi and the Lebanese-born Camille Zakharia. El-Mehdi’s powerful abstract expressionism is a form that is severely lacking in the Arab art scene and the two works on show in Battersea are perfect examples of his passionate articulation of emotion. With the form of painting slowly going out of fashion and not as popular as it once was, it’s a relief that Al-Khalifa picked him in this showcase of Bahraini art. 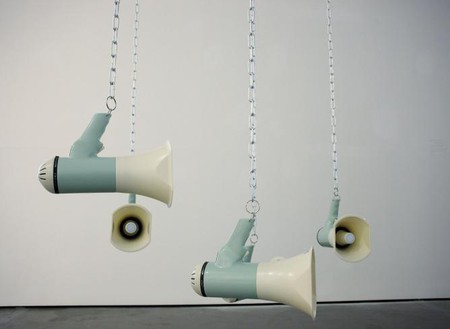 Altogether, however, the show left much to be desired, the show felt sparse and was more of a taster of Bahraini art than an in depth overview, leaving me wanting to see more. A deeper sense of what the art scene is really like in Bahrain, of the artists living and working there. The highlighted work pushed on to the Western media was that of Jenine Sharabi’s Public Displays of Affection, a series of ‘whimsy and charming unseen affections felt by couples in the Middle East’, of which I found to be far too obvious for a London audience. Haven’t we seen enough of stereotypical Arab men and women subverting Western expectations?

Al-Khalifa’s attempt to bring Bahrain’s art scene to London is laudable, but through the emerging and established artists she chose, there was ultimately a lack of comprehension. During the Shubbak festival, there were a lot of exhibitions, and a lot of pressure is put on those who market themselves as ‘firsts’. With In The Open, each artist brought something special to the show, that much is true, but I left feeling as though something was missing, some major link to bring all the works together in a true semblance of being in the open in regards to Bahraini art. Having said that, as a stepping stone to something bigger and better, Al-Khalifa chose well to start at Edge of Arabia, an institution with its stamp firmly visible in the GCC countries. 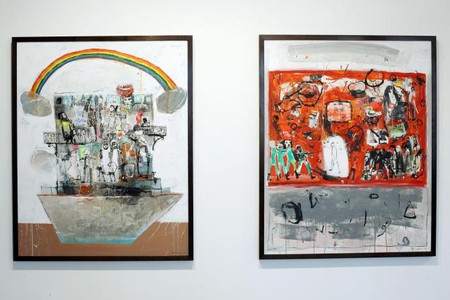 Ruba Asfahani is a specialist in Modern and Contemporary Arab Art. Having worked at Sotheby’s in the Middle East Department for almost four years, and Artspace London as Art Director for a year, she is currently managing events for The Arab British Centre before embarking on her PhD in October 2013.