A Street Art Tour Around Bahrain 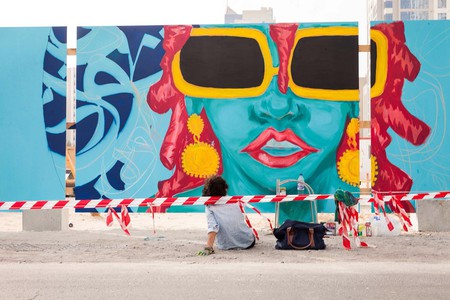 From Arabic calligraphy to mosaic installations and murals, the island of Bahrain is home to some of the most vibrant street art in the region.

Winters are a great time to explore Bahrain and its beautiful street art. Whether you choose to scour the by-lanes of Block 338, get lost in Manama Souq’s ‘Little India’ or café hop on the Amwaj Islands, you’re sure to enjoy an immersive cultural experience.

Bahrain’s street art movement began around 2010 when art festivals such as Alwan 338, now defunct, offered young artists a platform to explore their style. The following years saw many artworks sprout across the island, some of which still exist; Mohamed Sharkawy’s colourful portrayal of his hometown, Egypt, in Adliya and international artist eL Seed’s Arabic calligraphy at Bahrain Bay are cases in point.

There were initiatives and collaborations too such as ‘Paste It’ by artist, Leon D, which encouraged artists to place wheat paste around town in creative ways. Leon was last active in street art in 2014 but is currently working on a major project that he hopes to unveil in 2019. 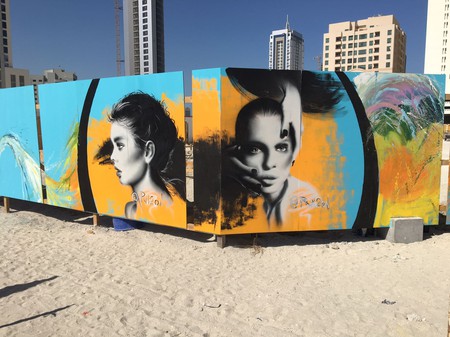 In 2018, Dirty Hands Crew, a group of five artists – Mustafa Halwachi, Sarah Ridha, Arnaud, Kojak and Mary Lou – got together. The name symbolises their hands always covered in paint. “We knew each other and some of us were even close friends,” says Kojak whose piece inspired by Gibran Khalil Gibran’s poem graced ArtBAB 2018 – the Kingdom’s biggest art expo. 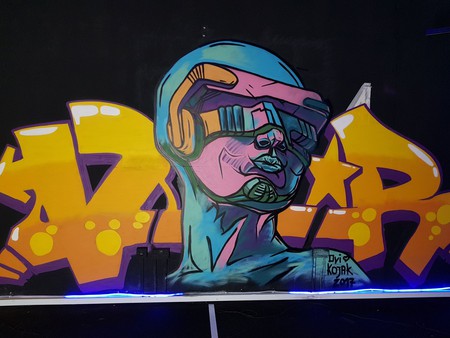 “Street Art in Bahrain has greatly brought the community together,” says Sarah. “Whenever we work on a piece, we put up the information on social media and people drive all the way to interact with us and learn about our style. Some even bring tea and snacks.”

Mustafa’s signature is “calligraffiti” – think New York subway writing but with a Middle Eastern spin. He usually incorporates local pop culture catchphrases in his work, which resonate with the community; one of his paintings displays waish khookh written in Arabic, which loosely translates to ‘what’s up’.

Art Reach, founded by artists, Lena Dajani, Rula Al Chorbachi and Bodour Yaqoub has also engaged the community in a big way. They invite volunteers to assist in public art projects. You can find their mosaic installations in Manama, Adliya, Riffa, Saar and Budaiya. Currently, they’re working on a mosaic garden for a children’s clinic in Salmaniya.

Bahrain has many indoor public spaces such as gyms and cafés that exhibit graffiti-style art. In April 2018, traditional graffiti writer, Jamie Marshall collaborated with a local interior design company, Spoon, to create graffiti painted by Cruel Vapours Crew and Antony Smith from the UK at GrafEATii restaurant and bowling alley on the Amwaj Islands. Dose Café in Adliya has a mural of an Ethiopian woman created by Arnaud and Mary Lou who use a mix of traditional techniques such as trompe l’oeil (3D effect) and texture but with modern touches, as well as spray graffiti style and paint. Other projects the duo has done include the football-themed and Marlon Brando murals at Gravity Village. 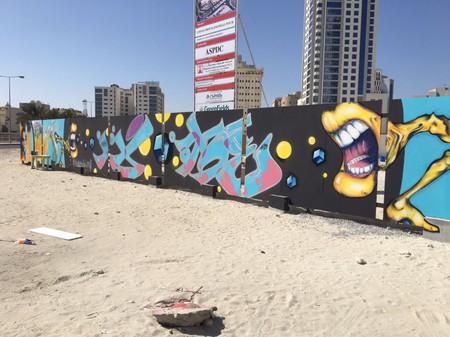