Why Do Certain Countries Excel At Certain Sports? 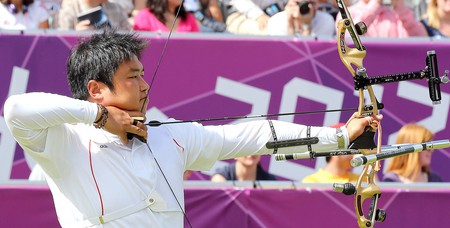 Egypt is incredible at squash. South Korea dominates archery. And no country produces the quantity or quality of polo players the same way Argentina does. But what makes one country great at one particular sport? Is it possible to pin down why a country embraces a sport in the first place and why they dominate it thereafter?

Six of the world’s current top 10 ranked men’s squash players are Egyptian. Of the 14 Men’s World Squash Championships held since 2002, Egyptians account for half the titles. Nour El Sherbini, born and raised in Alexandria, Egypt, is the current women’s world champion. 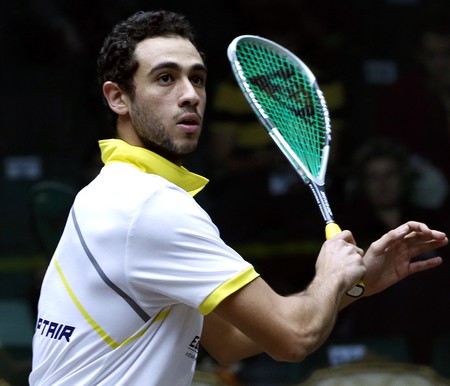 James Peacock, journalist for the BBC, says, ‘Despite a rich history in producing world-class players dating back to the 1930s, it is hard to pinpoint exactly how, when and why Egypt became a squash superpower. Amir Wagih, the Egyptian national coach between 1994 and 2012, says the former President Hosni Mubarak added impetus in the 1990s. As a keen player himself, Mubarak increased government funding to the sport and brought the famous Al-Ahram tournament to the Pyramids.’

It’s reached the stage today whereby, ‘It is not unusual for schools in Egypt to give promising pupils time off to develop their squash. The coaches are strict. A 15-year-old might be expected to train for between four and six hours most days. Every coach is trying to prove that his academy is the best — but the families are also very keen for their children to progress.’

It is a similar story for Iran, where weightlifting and wrestling dominate. An argument put forward in The Atlantic suggests Persian athletes have combined spirituality and strength training for centuries, and that it persists today. 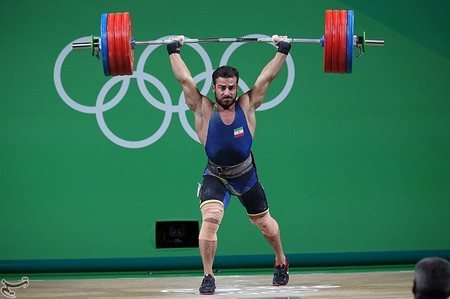 Kianoush Rostami competes at the 2016 Olympics, winning gold and setting a world record along the way. | © commons.wikimedia.org

It says, ‘The surprisingly rich academic literature consistently on Iran’s impressive records at wrestling, weightlifting and taekwondo connects all three to an ancient Persian sport called Varzesh-e-Bastani, which literally translates to “ancient sport.” It is a Persian method of personal and community development — and a symbol of cultural heritage.

‘It’s difficult, and maybe ultimately impossible, to say for sure why one country might do particularly well in one athletic competition or another. And it’s especially difficult to test the theory that Iranians are so good at weightlifting and wrestling (and, to a lesser extent, taekwondo) because of those sports’ roots in the pre-Islamic Varzesh-e-Bastani tradition, one of the few ancient cultural legacies that has been allowed to persist through the past century of near-endless political turmoil. After all, gold medals in these events are won by a tiny handful of individuals. Still, if even just these dozen or so Iranian athletes believed that their amazing skill was rooted in this particularly Persian heritage, then wouldn’t that in itself make it at least somewhat true?’

Archery has been in the modern Olympics since 1972. South Korea has won 39 of the 120 medals awarded since then, including 23 of the 40 gold medals; more than every other country combined.

The Wall Street Journal says, ‘South Korea’s current domination of archery can be traced back to 1979, when a high-school student named Kim Jin-Ho won the country’s first individual medal at the World Championships in Berlin. The resulting upsurge in popularity transformed South Korea into the sport’s superpower. “That was the turning point,” says South Korean coach Kisik Lee, who led his country to a combined eight Olympic gold medals from 1984 through 1996.’

Today, archery is also very popular in France, but the South Korean government invests roughly three times (US $871,000) what their French counterparts do towards the sport. Because a culture has already been established, the government invests larger sums of money, and as a result more children are encouraged into the sport. The cycle is self-fulfilling, as those children grow up to become the leading athletes in the country, providing the inspiration for the next generation, and further reasons for more funding.

Kim Soo Nyung, who has won four Olympic gold medals in the sport, believes it’s down to genetics. She says, ‘Koreans have very keen sensitivity, which controls the very small parts of the body, even the fingers. Heightened sensitivity in the fingers makes Koreans particularly efficient at archery, where the difference between a nine-point and 10-point score often comes down to an athlete’s “feel” for the sport.’

The WSJ offers a simpler theory, ‘Coaches at the Korea Sports Village in Taereung, east of Seoul, have spent the past decade devising a series of eclectic training exercises designed to achieve one of the most elusive qualities in all of sports. Bungee jumping and platform diving are just two of the activities that have been used to help Korean archers control their nerves.’

This type of logic is something Daniel Coyle has written extensively about in his book The Talent Code. Coyle believes geographical areas — whether it be a city, a country or larger — simply requires ignition, followed by expert coaching, to excel at a particular sport. So in the case of South Korea, Jin-Ho’s victory in 1979 was the ‘ignition,’ just like President Mubarak in Egypt with squash.

Coyle, argues it is as basic as working hard, and there is no such thing as ‘natural talent.’ He says, ‘The idea of babies being born with certain gifts, working hard and having the passion to become great is a fantastic story. It’s the story of Michelangelo and of Michael Jordan. It’s a beautiful story. The problem with that story is that it’s vague. Going through life thinking you can create performance by combining natural gifts, passion and hard work is exactly like going through life thinking you can create a Ferrari with steel, red paint and Italians.’

Essentially, every great skill already exists in everyone’s brain, but it just needs working on. Coyle’s argument would suggest South Koreans have no greater sensitivity than anyone else, or Iranians, on average, are no stronger than any other nation. They were simply born into a culture that held a certain sport in a higher regard than elsewhere, and then worked specifically to improve the skills needed to perform well at it.

Argentina is the greatest polo playing nation on the planet, by a huge distance. It has the best players, the best horses and the best polo season. Last year there were nine players in the world with a 10-goal handicap (the highest you can achieve in the sport), eight of them were Argentinian.

When the British took polo to Argentina the country embraced it, but it took time. ‘Initially the game was dominated by Britons – of 248 players in the first handicap list, 139 were British. But by 1930, the sport had taken off, and of 974 players, less than a third had British surnames.’ 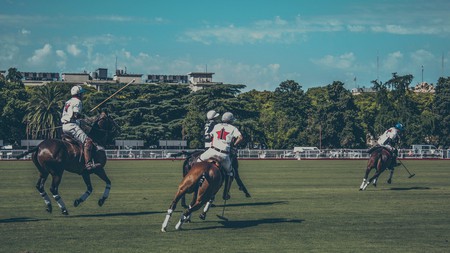 If we continue to use Coyle’s theory, it is the introduction of the game by the British, coupled with Argentina’s longstanding relationship with horses, that is the ignition. What follows is the repetition of the game being played until you reach the situation today in which, as The Telegraph highlights, ‘Often in rural areas children are in school from 7 a.m. to 12 p.m., so they’ve half a day every day of their lives that they can dedicate to polo — from the age of 12 or 13. They have more access to horses than anyone else in the world, and they receive advice from ex-10 goalers because invariably they have a cousin or an uncle who was very good. Most important, though, for any player, is being able to play full-time from as soon as they are old enough to want to be good. That can be any age from seven onwards. If as a kid they get that dream, it is the best time to start in order to keep that flame alive.’

Exactly as Coyle says. Ignition and expert coaching leads to a culture. The key factor in a country or region establishing an affinity with a particular sport is the initial ignition. There isn’t any concrete answer as to what this is, it is totally dependent on the sport and/or country in question, but once the spark ignites, its flames may burn for centuries as a result.