The International Prize for Arabic Fiction 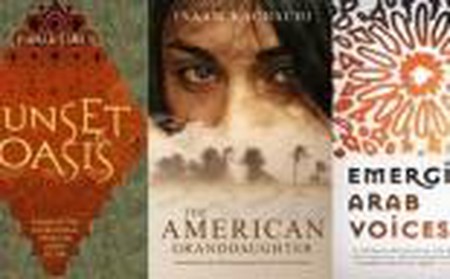 Arabic fiction is not often translated into English despite strong Western interest in the Arabic speaking world, both politically and culturally. The International Prize for Arabic Fiction seeks to rectify that by celebrating the best in Arabic fiction and encouraging its translation.

In recent years the dramatic upheavals in the Arab world have dominated Western perceptions of the region. Despite this there has been no commensurate interest in Arabic fiction, with relatively few works being considered for translation and Arabic writers who seldom attain fame in the West. The International Prize for Arabic Fiction celebrates the best of contemporary Arabic fiction by bringing it to global attention and encouraging its translation.

The prize was founded in 2007 in Abu Dhabi and has modeled itself on the success of the Man Booker Prize. It aims to ‘encourage the recognition of high quality Arabic fiction, reward Arab writers and lead to increased readership through translation’. At its core the prize is dedicated to highlighting the profound riches of contemporary Arabic fiction. It focuses on the way in which literature offers a point of access to the societies and cultures that make up the Arab world in ways that news media seldom does. The annual prize is awarded every March in Abu Dhabi, with each of the shortlisted finalists receiving 10,000 US dollars and the winner an additional 50,000 USD.

The 2012 Shortlist is made up of six novels depicting life in the Arabic speaking world; they areRabee Jaber’sThe Druze of Belgrade(Lebanon), the winner, as well as Bashir Mufti’s Toy of Fire (Algeria), Nasser Iraq’s The Unemployed (Egypt), Jabbour Douaihy’s The Vagrant (Lebanon),Habib Selmi’s The Women of al-Basatin (Tunisia), and Ezzedine Choukri Fishere’s Embrace on Brooklyn Bridge (Egypt). The variety and strength of the shortlist are evidence of the vast array of Arabic fiction which is being published across the Middle East and yet does not garner the readership it deserves both within the region and overseas.

The Arabic Fiction Prize works to secure translations for their winners and has successfully found translators and publishers for each of the last five winners of the prize; Bahaa Taher (2008), Youssef Ziedan (2009), Abdo Khal (2010) and joint winners Mohammed Achaari and Raja Alem (2011). However there still remains a deficit in translation, especially into English, and most of the shortlisted works from past years have not yet been translated.

Those that do exist in translation include Fadi Azzam’s Sarmada, a chilling mystery set in Syria, Inaam Kachachi’s The American Granddaughter, which depicts the American led invasion of Iraq through the eyes of a young American-Iraqi woman, Ali Bader’s The Tobacco Keeper, also set in Iraq, and Bahaa Taher’s Sunset Oasis, which won the inaugural prize in 2008 and is a tale of political exile and intrigue set in late 19th century Egypt.