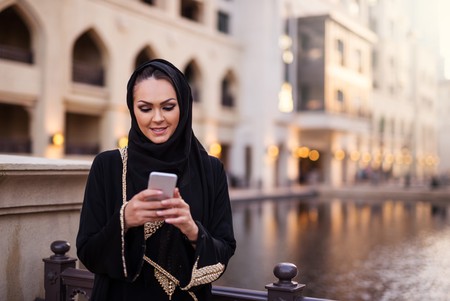 The Gulf region has the highest rate of penetration of smartphones in the world, and Facebook, Twitter, Instagram, Snapchat and WhatsApp are an increasingly significant part of daily life. Nowhere is this a bigger trend than in Saudi Arabia, where users are the most active in the region.

How big is this craze?

According to Crowd Analyzer’s State of Social Media 2018, Saudi Arabia has the largest number of users on Instagram, Twitter and Snapchat in the region. In fact, the Kingdom has the world’s highest percentage of people on Youtube and Twitter relative to its number of internet users – 71% and 66% respectively. Crowd Analyzer also counts that Saudis also make up 9% of Snapchat’s worldwide users (pretty impressive, considering it just makes up 0.44% of the world’s population). For the past few years, Saudi Arabia has also been ranking among the countries where people spend most hours online.

Why are Saudis so obsessed with social media?

And unlike previous generations, Saudi Arabian youth is highly globalised and wants to stay connected not just with their peers, but with the whole world. Hundreds of thousands of Saudis speak English, have studied or travelled abroad, and have grown up into a lifestyle where it is normal to turn to the internet to watch TV, shop, and hang out with friends.

While the above is true across much of the world, the internet is a particularly revolutionary platform for the youth in Saudi Arabia. The country’s social norms enforce gender segregation in public spaces and, until recently, did not have too many sources of entertainment for young people (the first cinema opened a few months ago). This is why mingling with friends online has a unique appeal to the youth in Saudi Arabia. 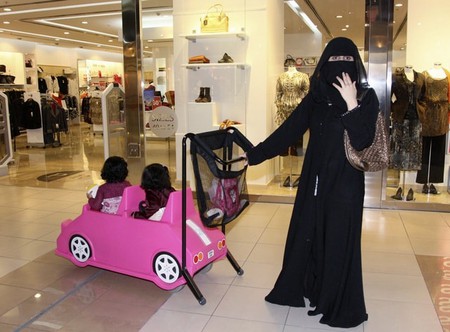 Another major reason is how much of a voice it gives individuals. Saudi Arabia is one of the few remaining absolute monarchies in the world where individuals do not have official platforms to voice opinions on policies and politics. Social media, for the first time ever, has allowed everyone to take part in public discourses and debates, often with the safety of anonymity.

What are they doing online?

YouTube and other online broadcasters provide a lighter alternative to public television, which follows a rather conservative and traditional narrative in Saudi Arabia. That is not to say that Saudi TV is entirely made up of propaganda news or religious sermons; there are plenty of channels that show soap operas and Hollywood and Bollywood movies, and there are also plenty of channels from other countries in the region. Still, YouTube serves as an accessible platform for local talent and a place where smaller media companies can broadcast with far fewer restrictions than television, catering to the majority of Saudis who turn to their phones and laptops for entertainment.

The most popular Saudi YouTube channel is a father hilariously vlogging about parenting and life in general. There are also lots of shows about cookery, talk shows, soap dramas and popular YouTube celebrities. Njoud Al Shammari, for instance, is a 21-year-old Saudi lifestyle and comedy vlogger who often makes videos with her brother and has over 1.5 million subscribers on YouTube.

Mohammed Sal is a pharmacist turned social media star who has 2.1 million followers on Instagram and also uses his platform for advocacy and human-rights causes.

Overall, expect a lot of content about music, lifestyle and travel all over Saudi social media, with a lot of discussion about current events on Twitter. Essentially, it’s just how social media is being used all over the world; but in Saudi Arabia, social media doesn’t just complement the lifestyle of most youth – it enables it.