Identity In Kurdish Literature And Cinema

Culture Trip looks at the way Kurdish identity is expressed in their literature and cinema. 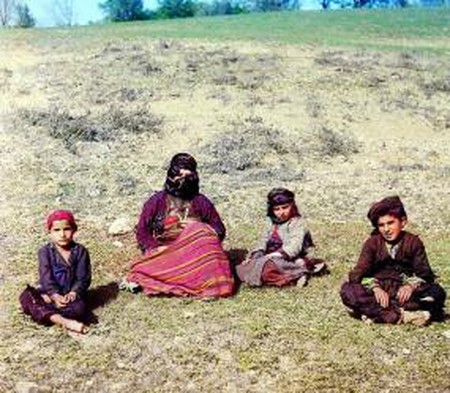 The area of Kurdistan lies in Eastern Turkey, Armenia, Syria, Iran and Iraq, with a population of between 25 and 30 million people. As the Kurdish people have always had a fractured geography, the Kurdish language dialects have also been fractured, having an impact on Kurdish identity and therefore unity of literature as well.

Kurdish can be divided into three main groups: Kurmanji, Sorani and Southern Kurdish, but these can be subdivided into many other groups. Language is always an important part of national identity, but with Kurdish even defining a Kurdish language is difficult. In most of the countries where there is a Kurdish population, the use of Kurdish has been severely stamped out. It is only an official language of Iraq.

In Syria, publications in Kurdish are forbidden. Turkey banned the use of Kurdish while following a strict policy of assimilation with the country’s minority groups during Ataturk’s leadership in the years after 1923. Apart from being minorities in various different countries, Kurdish identity has been further displaced since many Kurds live abroad, mainly in Europe and America. Kurds were forced to migrate after they were persecuted during the Dersim Massacre in 1937. Kurdish literature also suffered from cultural persecution against their languages and individual identity outside the majority of the population.

This feeling of landlessness and a search for national identity, or even just group identity, is central to Kurdish literature and cinema. Prior to the twentieth century, Kurdish literature consisted of poetry, mainly oral. The significant displacing of the Kurdish people has led to a loss of much of their poetry. Twentieth century Kurdish novels, poetry and films have had to search for their own identity as well.

One of the greatest Turkish writers who has been expected to win the Nobel Prize for literature for many years is Yaşar Kemal, is also of Kurdish decent and often speaks about the problems faced by the Kurds in Southeastern Turkey. Memed, My Hawk, is his best-known book and was originally written in Turkish. Laleh Khadivi’s novel The Age of Orphans explores the search for national identity.

Similarly, such themes are also seen in cinema, as well as the hardships the Kurdish minority experienced. Hiner Saleem (Vodka Lemon) and Bahman Ghobadi (Half Moon) are both Kurdish directors.