How Easy Is it for Women to Get a Driver's Licence in Saudi Arabia? 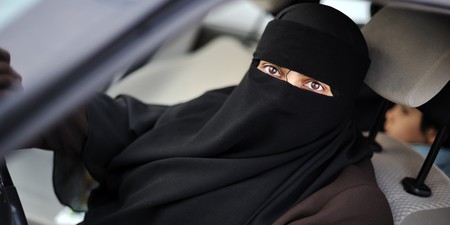 Saudi Arabia made international headlines several months ago when it was announced that the decades-old ban on women driving was being lifted in the country. A historic royal decree was passed by Saudi Arabia’s monarch, King Salman, that stated that all women will be legally allowed to drive in the country from June 24, 2018.

After months of build-up, a handful of Saudi women received their driving licences three weeks before the ban was lifted. Thousands more are expected to obtain theirs in the days leading up to June 24, when women will be allowed to drive in Saudi Arabia for the first time.

Why was women’s driving banned in Saudi Arabia?

Saudi Arabia is a fairly conservative country, and part of its cultural and religious sensitivities involve strict gender segregation. Religious groups in the country had declared it un-Islamic for women to be allowed to drive.

Saudi women had previously petitioned the government to lift the ban on several occasions, with some even taking to the wheel in protest. Petitioners against the ban often voiced that no other Muslim-majority country had placed such a ban, and that women in early Islamic eras were known to ride horses and camels.

The current Crown Prince Mohammad Bin Salman is seen as the force behind the lifting of the ban. Other social changes taking place in the country include a lifting of the ban on movie theatres and on women watching football. 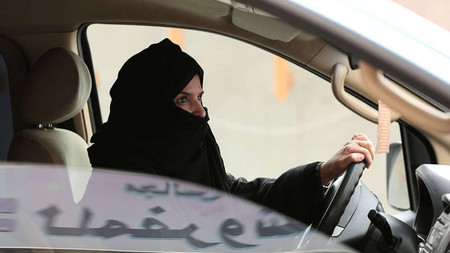 How can you get a driving licence in Saudi as a woman?

An online portal was launched in early May, where women who have already obtained driving licences in other countries can apply for a Saudi licence. The first Saudi women to receive their licences under the new law did so via this portal.

Applications require an Arabic translation of the foreign licence, results from government-approved clinics for an eye test and a copy of Saudi citizenship or residency documentation. Once the application has been approved, procedures to issue a licence begin. While, as of now, 10 Saudi women have received their licence, thousands are expected to get theirs as the big date approaches.

As of now, anyone who has a driving licence from a list of countries approved by the Saudi Traffic Police (including the USA, Canada, UK, UAE, Bahrain, Oman and Kuwait) does not have to go through a driving test and can get their licence replaced. All licence holders from countries that are not on the list will have to take part in a 30-hour training course and take a driving exam.

Women who cannot already drive will be asked to undergo a 90- or 120-hour training course. Women-only driving schools have already been set up in all the major cities, including Riyadh, Dammam, Taif and Jeddah, with more expected to open in the coming months.

How easy is the process?

Saudi traffic authorities have pointed out that they are receiving an extremely large number of applications in the online portal, which is why the process of approval might take a relatively long time in its early days. Over time, the process is expected to speed up.

“DRIVING INTO THE FUTURE” Here is the first Ever given Driver’s license given to a Saudi lady ! Congratulations to all Saudi women for this new mile stone . The new ability to drive is not just about driving but it’s also about creating new opportunities; to lead and to embark on new possibilities. So proud . May You all continue to thrive 💪🏻 #ساقود #saudiwomen #saudiwomencandrive

How much does it cost to obtain a driving licence in Saudi Arabia?

The ministry of traffic has said that this is because of the highly qualified female trainers and supervisors that have had to be brought in from other countries to provide quality training to women drivers. Many women, however, are planning to learn to drive independently to avoid the high costs. A trending hashtag on Twitter saw women who already know how to drive connecting with women who can’t in their cities and volunteering to train them for free.

What will the traffic rules and laws be like?

The traffic department has completed preparations to deploy female officials to attend road accidents involving women drivers; this also marks the first time Saudi women have been hired by the police department.

Women will also be employed at several traffic checkpoints, and women-only detention centres have been built in all major cities to hold women arrested for violating traffic laws, in segregation from men. 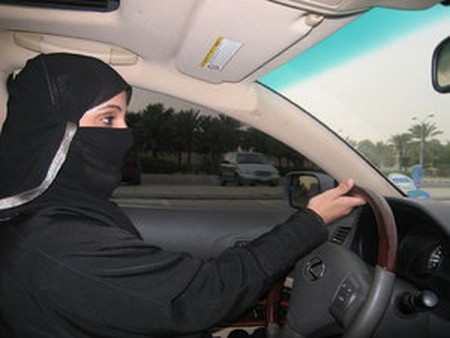 Before the ban on women driving was lifted, many families had to employ personal drivers in order to transport female family members around town. This proved to be rather costly, and was often a major reason women would opt out of working. The decision is believed to help boost the number women in the workforce and allow for more financial independence and inclusion; companies like Uber and Careem have been among the first to promise to create opportunities for female drivers.