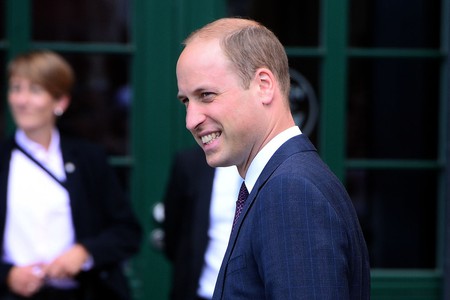 His Royal Highness The Duke of Cambridge is currently in the midst of his trip to the Middle East – the first time a member of the British Royal Family is undertaking a tour of the region on behalf of the country. Here’s everything you need to know about this historic visit.

Prince William is on a whirlwind five-day solo tour of the Middle East that commenced on June 24, 2018. As the Duchess of Cambridge remains on maternity leave following the birth of Prince Louis, Kensington Palace tweeted that the Duke will tour “Israel, Jordan and the Occupied Palestinian Territories” on a solo trip.

Despite years of invitations from the Israeli government, this is the first time a member of the British Royal Family is undertaking a tour of the Middle East on behalf of the country. While the Duke of Edinburgh, Prince Charles and the Duke of Gloucester have previously travelled to Israel, these have been marked as personal visits by Buckingham Palace and the British government.

🏛 The Duke of Cambridge and The Crown Prince visit the spectacular Jerash archaeological site, a first century Roman city, and one of Jordan's greatest tourist attractions #Jordan #Jerash #OurJordan

On the first day, the Duke of Cambridge met with the Crown Prince of Jordan, allowing him to “further strengthen the friendship between Jordan and the United Kingdom” and build relations with the next generation of Jordan’s Royal Family.

He has also already met Israeli Prime Minister Benjamin Netanyahu and President Reuven Rivlin of Israel, and will meet Palestinian Authority President Mahmoud Abbas. Aside from this, he has visited various communities to speak with the youth. Prince William, who takes particular interest in raising awareness about the various issues that face young people, hopes to build a “real and enduring relationship with the people of the region” by discussing the aspirations, culture and lives of local youngsters. Throughout this tour, the Duke will also be celebrating Palestinian “culture, music and food” as well as attending events that highlight the plight of refugee communities.

An exciting visit so far has been the one to the Jerash archaeological site, the relics of a Roman city that the Duchess of Cambridge visited with her family while she lived in Amman. Kate Middleton lived with her family to Amman in 1984 when she was only two years old and moved back to England two years later.

He has also paid his respects to the millions of Jews killed during the Second World War with a visit to Yad Vashem, the World Holocaust Remembrance Centre in Israel.

The Duke will also be making a stop to the grave of his great-grandmother (the Duke of Edinburgh’s mother) Alice of Battenberg, who was honoured for hiding Jewish refugees during the Nazi occupation of Greece. Her body was transferred from England to the Mount of Olives in Jerusalem in 1988. 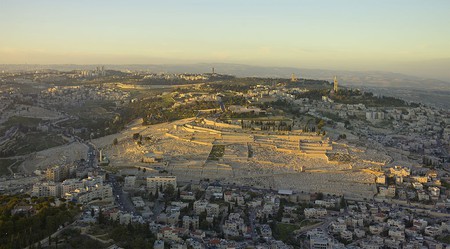 One of Prince William's notable stops will be the Mount of Olives where his great-grandmother, Princess Alice of Battenberg, is buried | © Andrew Shiva / WikiCommons

While some details of Prince William’s itinerary will be updated throughout his visit, or will remain private for security and logistic purposes, here is the rundown of his stops during his jam-packed tour of the Middle East:

– Visits Fablab, an initiative of the Crown Prince which aims to support young entrepreneurs

– As an honoured guest at the Queen’s Birthday Party hosted by the UK ambassador at his residence, the Duke of Cambridge gives a speech

– He then attends a private dinner at Beit al Urdun, the King’s private residence, where he stays overnight

– The Duke visits the first-century Roman city of Jerash which was also visited by the Duchess of Cambridge as a child. Here, he attends a programme supported by UNICEF that aids young people

– Prince William tours Dar Na’mah Centre, which was set up by Princess Taghrid to support women of all ages

– His last stop in Jordan takes him back to Marka International Airport where he meets with the crew of the Jordanian Air Ambulance. Prince William was a pilot with the East Anglian Air Ambulance for three years 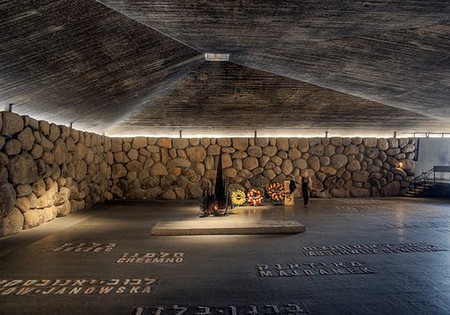 One of Prince William's stops during his trip to Israel will be Yad Vashem, which is a memorial in honour of the Jewish victims of the Holocaust | © Berthold Werner / WikiCommons

– The Duke kickstarts his trip to Israel with a stop at Yad Vashem, Israel’s official memorial to the Jewish victims of the Holocaust. The Duke and his wife visited Stutthof concentration camp and the Memorial to the Murdered Jews of Europe in Berlin last year

– To cap off his day, the Duke takes a trip to the historic city of Jaffa and spends his evening at a reception at the residence of the UK’s ambassador to Israel in Tel Aviv

– Along with some visits in Tel Aviv and West Bank, Prince William will also visit Beit Ha’ir Museum and meet with Palestinian Authority President Mahmoud Abbas. He will be the guest of honour at a reception hosted at the residence of the Consul General in Jerusalem

– While full details will be announced during his visit, Prince William will visit the burial site of his great-grandmother at Mount of Olives and visit the Church of St Mary Magdalene