An Insider's Guide to Omani Hospitality 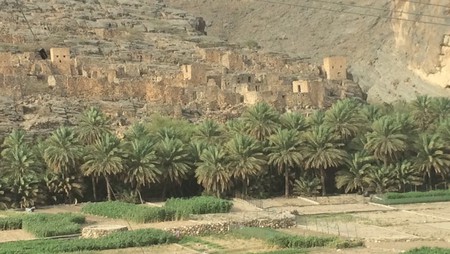 Middle Easterners and North Africans are known for their warm hospitality. Most of the region’s days are sunny, and while there is a saying that states many people are ‘hot-blooded’ and quick to anger, they also easily forget and forgive and are oh so loving and welcoming. Across the lands of the Empty Quarter of the Arabian Peninsula, it is well known that the Sultanate of Oman is one of the most hospitable countries in the world. From their politics to the tranquillity all around, Omani people are peaceful, diplomatic and generous.

The kind hospitality experienced in Oman is said to have been with its people since the beginning of time and the founding of the nation. Even today in the modern world, with fear, doubt and mistrust found all around, visitors will find the area’s population to be warm and welcoming, traits passed down from generation to generation.

Omani villages have a communal area called a Sabla, also known as the public majlis, which services the entire community. These areas – in most cases it is an outdoor seating area – are where guests are received. Usually, when a guest arrives in a village or town, he or she must be greeted and welcomed by everyone, meaning they will have breakfast, lunch and dinner made by different families; it’s a group effort so that the stress does not fall on one person or family. Furthermore, as tradition has it, when a guest does come to a particular village or place, they must remain for three days for the whole experience. Also, if a community or even a family turns away a guest and does not show hospitality, it is considered taboo, and that person is considered inhumane.

Furthermore, even in modern and traditional architecture, most, if not all, Omani households have a living room, or in other words, the majlis where family members and guests sit and exchange stories and share delicious meals.

A prominent part of Omani heritage, history and culture, the majlis is always neat, tidy and stocked with Arabic coffee, dates and famed Omani halwa (a special dessert made in Oman). Indeed, the room is prepared round the clock for visitors and guests. 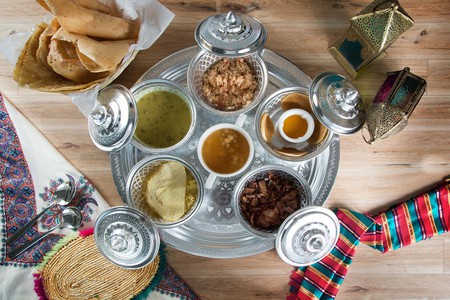 As a form of aromatherapy, frankincense and oud incense burners are also a big part of Omani heritage, used during both the greeting and farewell for guests. Only found in the South of Oman, frankincense, in particular, is considered the best kind, and burning it is a centuries-old tradition. According to folklore, the burning of frankincense purifies the atmosphere, wards off diseases plus brings protection and good vibes.

To experience genuine Omani hospitality, one must wander off the dirt road and visit the many hidden villages around the country. The people there live in their own world, satisfied with their farms and livestock. They do not venture off to the city much, and some of them have not even travelled and do not intend to, but they do love getting visitors! When visiting a village, one must be modestly dressed as to not shock the elders. All the people will be welcoming, and there will be lots of foods involved; sometimes one may get some organic produce and a taste of mountain honey. Even if you do not make it to a village or small town, most Omanis in the cities are also quite hospitable; sometimes even the cab driver will invite you to their home.