MIDDLE EAST
/
Things to Do

An Autumn of the Arts: A Guide to the Best Art and Culture Events in the Middle East

With such a range of cultures and languages, as well as a variety of calendar systems, it can at times be difficult to find events and festivals taking place across the Middle East. To make things easier, we have rounded up some of the key arts and culture events taking place from Israel to Oman this autumn and winter. 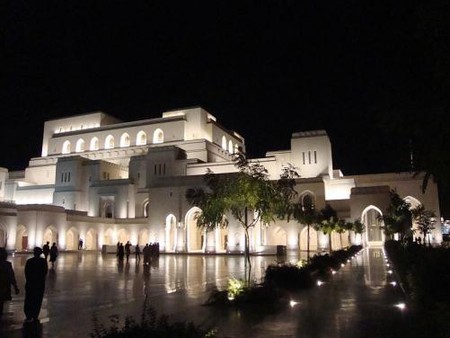 Initially conceived in 2001, opened a decade later in 2011, the Royal Opera House in Muscat is an architecturally magnificent and culturally important arts venue that has already played host to an impressive array of opera companies, orchestras, ballet companies and performers from Oman and abroad. With the 2013 – 2014 Season kicking off in September, one of the highlights this year is a range of performances from dozens of groups including the Royal Oman Orchestra and the First Royal Group for Oriental Music and Folklore, all in celebration of Omani Women’s Day on October 8th. This year’s international offerings include La Traviata, by Italy’s Macerata Opera Festival; the Vienna State Ballet presenting three choreographies under the title ‘Masterpieces’; and a performance from the Afghan Youth Orchestra, the first orchestra to be founded in Afghanistan in 30 years, early next year.

For a week in September, numerous galleries, art spaces and venues in Amman will be celebrating the art scene of Jordan for Art Week Amman (AWA). Organised by the Jordanian arts company ArtMedium, the event aims to promote the diverse contemporary art scene of Jordan. The numerous exhibitions include a headlining show at the Jordan National Gallery of Fine Arts, presenting contemporary art from Jordanian and international artists; Isolation Device at the Fine Arts Gardens including ten commissioned installations; and a solo show by Syrian artist Reem Yassouf. Along with the shows, there are numerous talks and workshops, and Art Journeys curated tours that take place throughout the week. 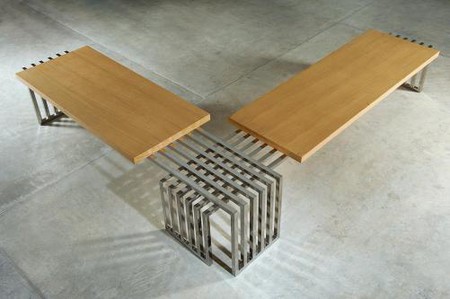 Now in its fourth edition, the Beirut Contemporary Art Fair presents work from galleries and artists in the ME.NA.SA. regions; Middle East, North Africa and South Asia. The popular event attracts both professional and amateur collectors alike, along with a wealth of art enthusiasts keen to see the latest offerings of this emerging art market. Further, the event is a vital platform for a number of artists to gain exposure and exhibit their works to an international audience, with the opportunity, as the organisers state, to ‘express themselves beyond the usual ideological barriers’. An important event on the art scene, the Beirut Contemporary Art Fair offers the chance to see some of the leading contemporary painting, installation, sculpture, photography and performance from the Middle East and beyond. 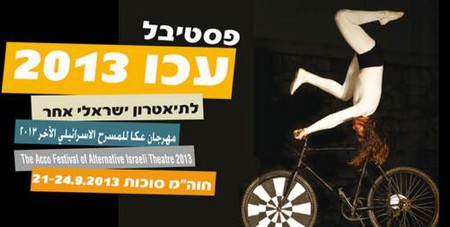 Running annually since 1979, the Israeli Fringe Theatre Festival is the leading performing arts event of the country. Held in the Knight’s Halls of Acre during the intermediate days of Succoth (Chol Hamoed), it is a leading platform for contemporary and alternative theatre. Each year, the progressive programme includes a number of plays, street theatre and guest performance companies. The 2013 schedule includes Singing: Cabaret Israeli Multidisciplinary View, a pioneering blend of dance, theatre, puppetry and cabaret; Eyes, a theatrical journey based on the poetry of Mahmoud Darwish that integrates Hebrew and Arabic narratives and languages; and a performance of Lorca’s Blood Wedding. 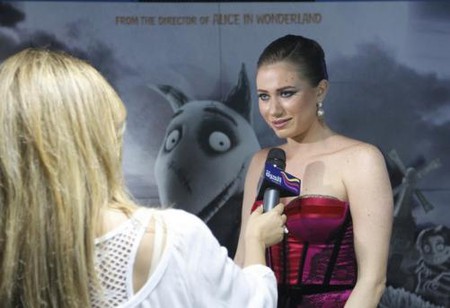 Despite many interruptions due to the political uncertainty within Lebanon, the Beirut International Film Festival is running this autumn, becoming a platform for freedom of expression and human rights in the country. Accepting films from all across the world, the festival actively promotes young Lebanese filmmakers and their contributions to the event. The screenings will include Lebanese and international feature and documentary films, and shorts from the Middle Eastern and MENA regions (Middle East North Africa). Now in its thirteenth edition, the festival is a key event on the Lebanese cultural calendar. 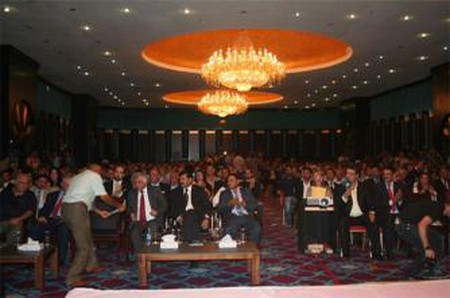 The Baghdad International Film Festival aims to promote a new form of cinema in Iraq that is based on freedom of speech and democracy, with contributions from auteurs worldwide. All genres, formats and lengths of film are screened, falling into six categories: Long Fiction, Short Drama, Documentaries, Arab Women Filmmakers, Human Rights Images, and New Horizons — the latter a celebration of cinema created by Iraqi filmmakers. Running since 2005, the event also hosts cinema from a guest country that is screened under the Panorama strand of the festival, and workshops, talks and panel discussions are held in and around the film showings. 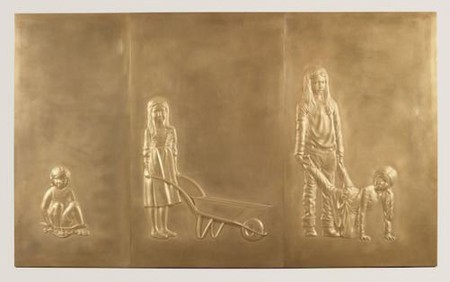 This autumn, The Arab Museum of Modern Art, the leading contemporary art museum of Qatar, hosts a landmark exhibition from the Algerian-born artist Adel Abdessemed: L’âge d’or. The artist, who works across a variety of media — including sculpture, video, photography, performance and installation — has created a number of works specifically for the show, which build upon his complex and unique visual language, one that is impossible to summarise; swinging between nuanced subtlety and polemic statement. The show is titled after an eponymous sculpture that is one of the many new works, a bas-relief of gold plated brass depicting the artist’s four daughters; other pieces include a large-scale terracotta wall relief, Shams, that shows the unseen workers of the world, and La Chine est proche, a bicycle fashioned from camel bone. 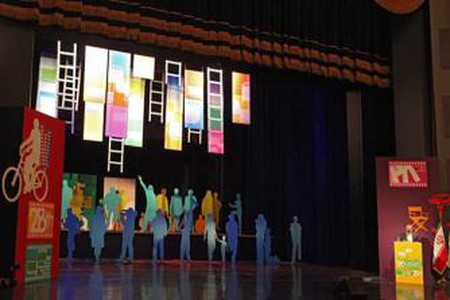 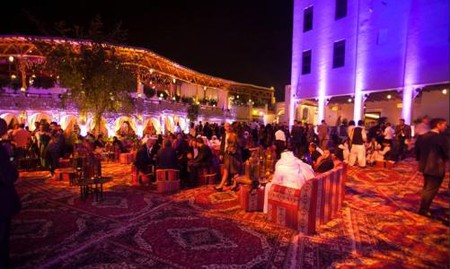 The Doha Film Institute is a leading organisation in the Qatar Film Industry, dedicated to the support, promotion and appreciation of new film across the country, and previous co-organisers of the hugely successful Doha Tribeca Film Festival. Along with co-funding and providing grants for a number of Qatari filmmakers; providing a venue to screen new cinematic offerings; and hosting numerous events and workshops, the DFI has just added two new festivals to its schedule, the Ajyal Film Festival for the Young, this autumn, followed by the Qumra Film Festival a few months later in March 2014. The Ajyal Festival aims to bring generations together, with a programme that fosters creative interaction and spotlights many of the issues facing contemporary youth.

Learn more about the Ajyal Film Festival for the Young 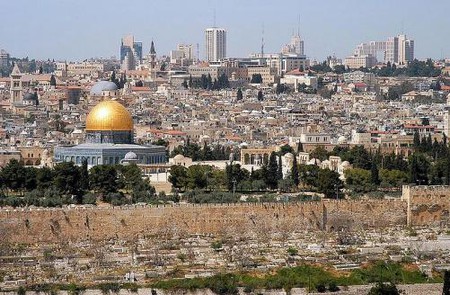 For three days, around 100 landmark public buildings, monuments and private residences across Jerusalem — from the historic to the contemporary — throw open their doors to the public, allowing visitors to come and explore them all for free. The buildings selected to participate this year in Open House Jerusalem collectively tell the unique tale of Jerusalem’s architecture and history, with some sites dating back to the 19th century BC. The ancient urban city, that plays host to three religions, possesses a diverse topography and architecture, based on its long and contentious history, and the impact of being numerously subjected to the ravages of conquest. With many tours and activities supplementing the event, Open House Jerusalem should provide a rare and fascinating chance to learn the city’s complex architectural history.