A Look Inside Dubai's Museum of Illusions 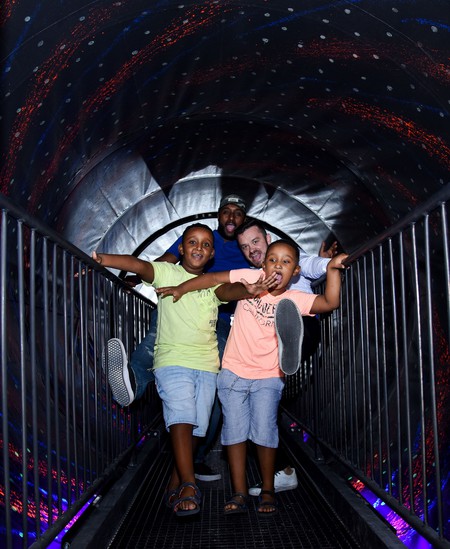 The latest museum to open in Dubai isn’t about the history of the United Arab Emirates, and neither does it explore the future of the young country; instead, the Museum of Illusions aims to blow your mind.

All about the wacky relationship between what the human brain understands and what our eyes are capable of seeing, the Museum of Illusions Dubai opened its doors in September 2018, but the franchise has been fascinating visitors across the world since it opened in 2015 in Zagreb, Croatia.

Owned by Mohammed Al Wahaibi, the Dubai museum is the biggest yet in the brand’s nine-venue portfolio and joins the Muscat, Oman, location in the Middle East. Guests get to enjoy more than 80 illusions that remind those taking part just how cool mathematics, psychology, science and biology can be.

For kids, it’s guaranteed to surprise and inspire their imaginations to run wild, while adults will get a serious throwback to childhood games and find photo-worthy content in the categories of Master Illusions, Grand Illusions and Optical Illusions. 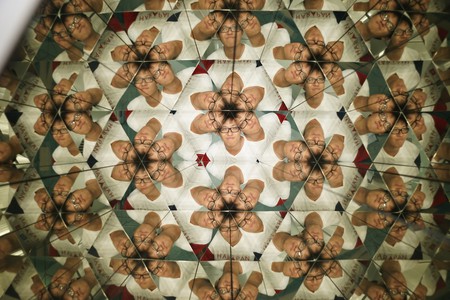 The Kaleidoscope | © Museum of Illusions

‘Unlike more “classical” museums, visitors to Museum of Illusions Dubai will be encouraged to interact with the exhibits and take as many photos as they can during their visual, sensory and educational adventure,’ Varvara Svischeva, the manager of the museum, tells Culture Trip. It’s no wonder, then, that the museum also has Berlin, New York, Toronto and Athens locations opening up in 2018.

Dubai’s Al Seef neighbourhood location isn’t like the others across Europe and Asia, though – even visitors who have experienced it elsewhere in the world can enjoy something different, with the UAE city being home to the first Zoetrope exhibit. Modelled on the pre-film animation devices that produce the illusion of motion by displaying a sequence of drawings or photographs showing progressive phases, it gives visitors the chance the be a movie star.

Here’s what else you won’t want to miss at the Museum of Illusions Dubai.

Head on the Platter 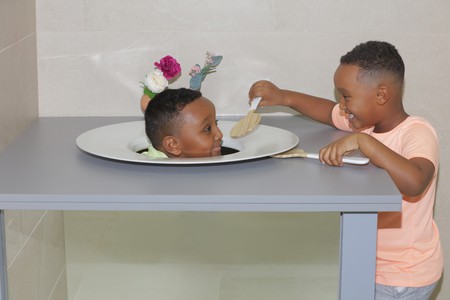 Using ‘hidden body’ technology, guests are able to experiment with seeing their disembodied head on a tray so it looks as if you’re serving it up on a platter. 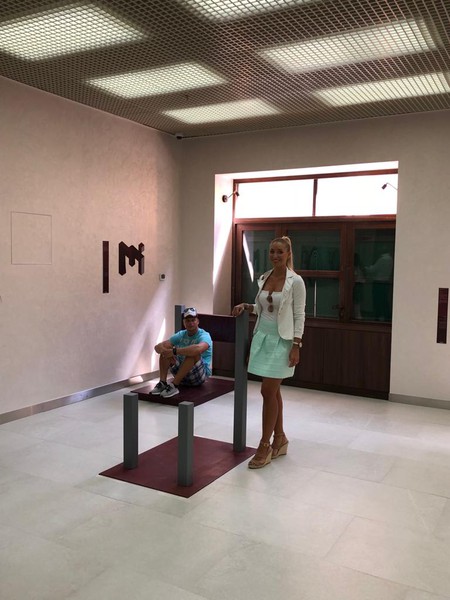 The Chair | © Museum of Illusions

It’s all about context with this one. Here, the museum plays with the perceived size of a person in relation to the objects surrounding them. The person on the chair appears tiny in comparison to everything and anyone else. 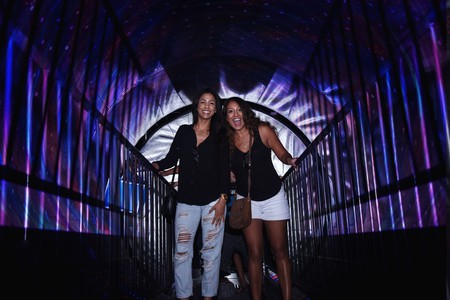 The Vortex Tunnel | © Museum of Illusions

This makes the ground underneath the person’s feet appear to be moving. A rotating cylinder tricks the brain into thinking the guest is being sucked into a vortex. 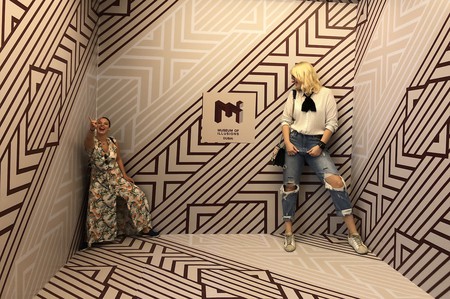 The Ames Room | © Museum of Illusions

Named after ophthalmologist Dr Adelbert Ames’ 1946 invention, this room can make one person look like a giant and another like a dwarf. It all depends on where people are standing in the room. The illusion also plays with perceptions of growing and shrinking as visitors walk back and forth.

Anyone whose ideal dinner guest would be themselves is in luck with this exhibit. Maple allows you to sit at the table with yourself. It’s a circular clip that reflects a full circle in two mirrors at an angle of 60 degrees. It can appear that five versions of the person are seated around the same table, and the chandelier in the room looks just as if it’s floating. 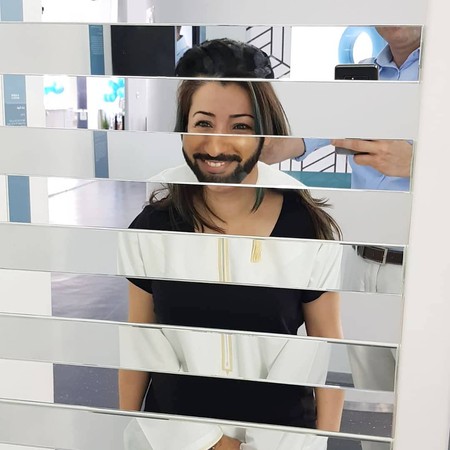 Guests can have fun merging their facial features as they stand at eye level in front of a slice mirror. It’s like a real-life version of a ‘guess the famous facial features’ magazine puzzle. 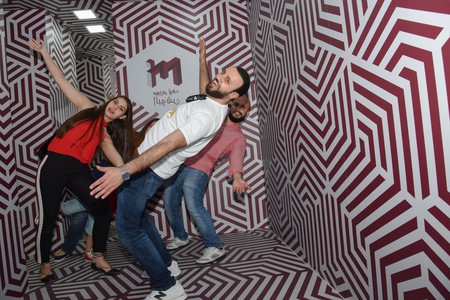 The Tilted Room | © Museum of Illusions

Everything a person knows about gravity gets flipped here, as the brain and eyes make unconscious inferences about whether the person is standing on a flat or slanted surface. The room tricks the mind by making balls appear to be rolling upward and water flow uphill.

The Upside Down Room 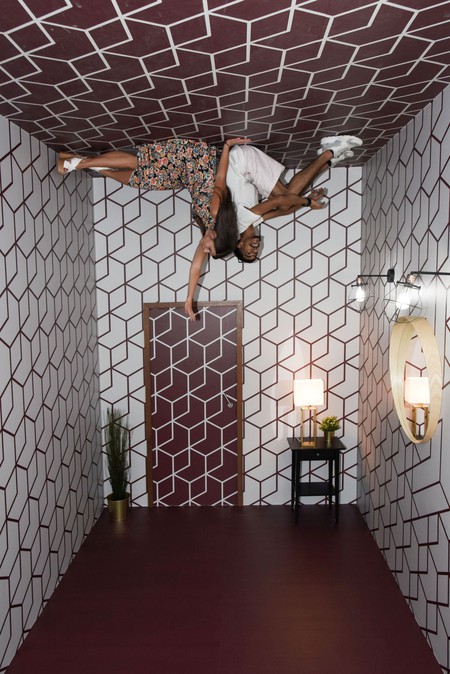 The Upside Down Room | © Museum of Illusions

This is one to show someone who wasn’t there at the time. In person, it’s simply a case of taking a simple picture; when turned upside down, the image looks as if the guest is walking on the ceiling of a living room. 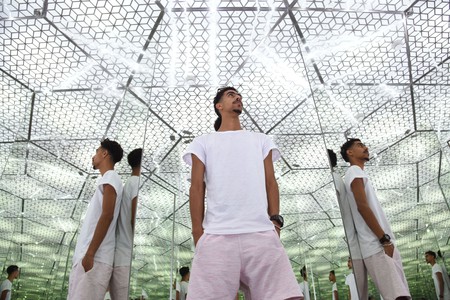 The Infinity Room | © Museum of Illusions

An oldie but a goodie, with the clever placing of mirrors it looks as if there are hundreds of the same person standing in lines. 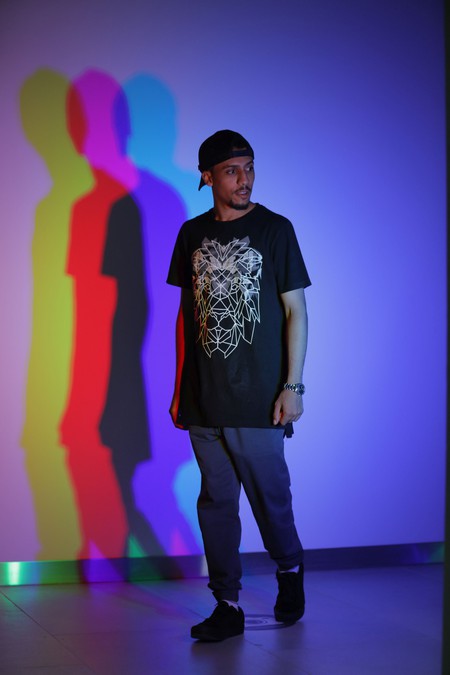 The Colour Room | © Museum of Illusions

This consists of a projection of different hues on the wall that creates a beautiful rainbow shadow to experiment with when the person steps in front. Throw some shapes for one of the coolest video opportunities in the Museum of Illusions.