10 Types of Dates You Can Find in the Middle East 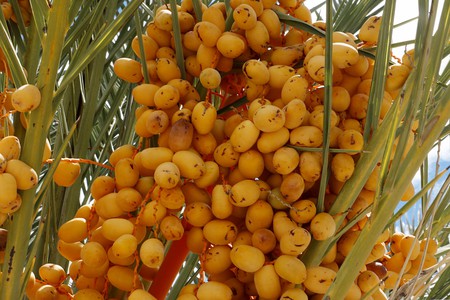 Dates are the holy fruits of the Middle East. Arabs cherish them not only for the amazing benefits they provide, but also for cultural connotations they have with some of their great virtues like generosity and gratitude. Here’s what you need to know about dates in the Middle East, and their meaning and importance to the people.

Dates are the sweet fruit of a flowering plant species called palm trees. The trees can reach from 21 to 23 meters (69–75 ft) high, while the leaves are four to six metres (13–20 ft) long. Dates have existed on Earth for more than 50 million years, and are believed to have originated in Iraq and then been cultivated in other nations like Egypt and Pakistan. 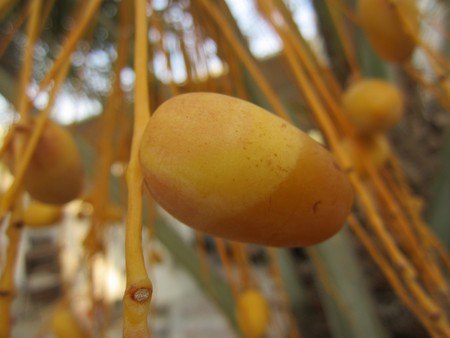 Dates can be eaten fresh as they are picked from palm trees, or can be dried and stored for years. When dates are dried and packed in plastic bags, they tend to produce a sweet syrup that keeps dates moist and delicious.

Barhi or Barhee is one of the most famous date types, which has thick flesh and rich flavor. It is more delicious when eaten fresh rather than dried.

Thoory or Thuri is famous in Algeria, and has a very wrinkled and brown to red skin. It is usually stuffed with nuts. 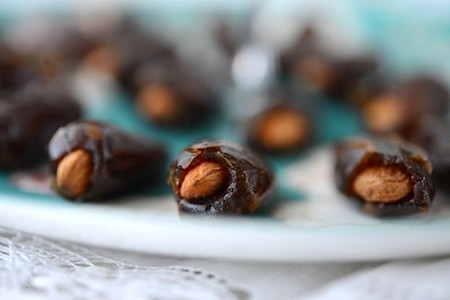 Halawy, Halawy or Halwa, is an extremely sweet type of date that is small in size and very soft, which explains the name it was given which means “sweet”.

Medjool, Medjul or Madjool is a sweet soft date with fibrous texture and a skin that has a color of amber to reddish-brown. It is grown in Palestine, Morocco, Saudi Arabia and Jordan.

Khadrawy or Khadrawi is an orange-brown to light-brown colored soft date, which is considered one of the best in texture and flavor and is preferrable when eaten fresh.

Deglet Noor menas “Date of the Light” and got its name because the center of the date looks golden or light when held up to the sun. It is sweet and semi-dry. 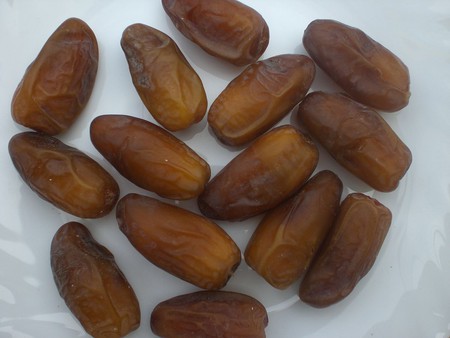 Fard or Fardh is a type of date that Oman is famous for. It has a small seed, a tender skin, a sweet flavor and its skin is dark brown.

Zahidi is a sweet semi-dry date, that has a smooth golden-yellow colored skin. It is medium sized, cylindrical, has thick flesh, full with syrup and is good for storing.

Dayri or Derrie is a red-colored date that is soft and long. Its color changes to brown then to black, and it is soft and sweet.

Zaghloul is a dark red skinned date that is very popular in Egypt. It is long, crunchy and extremely sweet. 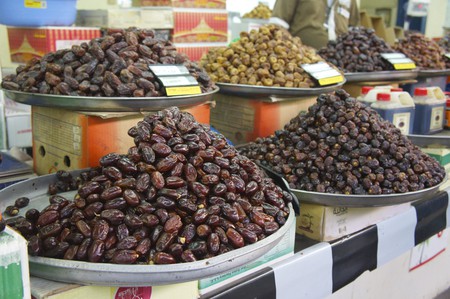 Most of the world’s dates are produced in the Middle East. According to the Food and Agriculture Organizing (FAO) of the United Nations, the top countries that were producing dates in 2016 were:

Egypt: produced around 1.7 million tonnes. The most common date types in Egypt are Hayany and Zaghloul.

Iran: produced 1.1 million tonnes of dates. The most common type in Iran is Mazafati dates.

Algeria: produced around 1 million tonnes of dates. The most common date types are Thoory, Deglet Noor and Iteema. 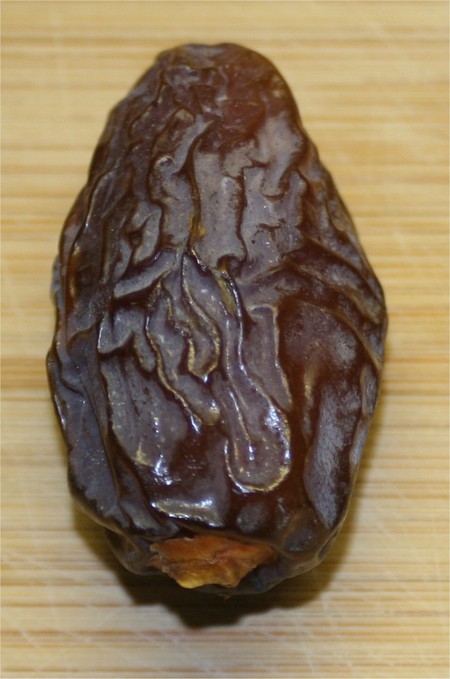 UAE: produced around 671 thousand tonnes of dates. The most common types of dates are Dabbas, Khenaizi, and Lulu.

Iraq: produced around 615 thousand tonnes of dates. The most common date types are Amir Hajj, Dayri and Khastawi.

Sudan: produced around 439 thousand tonnes of dates. The most common date types are Bireir, Abid Rahman and Barkawi.

Oman: produced around 348 thousand tonnes of dates. The most common type of dates is Fard.

Tunisia: produced around 241 thousand tonnes of dates. The most common date types are Deglet Noor, Ftimi, Touzerzayet, and Kenta.

Dates and the Arabs

Dates are considered to be the staple food for people in the Arab world, especially the Arabian Peninsula. Bedouins used to live off dates for many years before they discovered oil. Arabs tie cultural connotations with dates, especially some of the most well-respected Arabic values like gratitude, generosity and plenty. Some consider it as a holy fruit and it is almost always served to guests as part of the hospitality course of every Arab house. 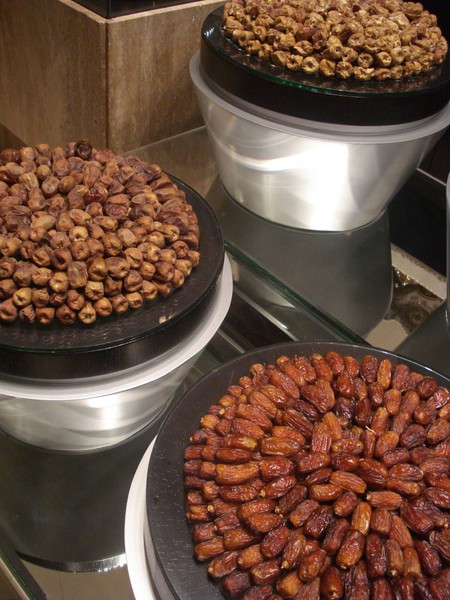 Dates are mentioned in the Qur’an, the Holy book of Muslims, who break their fast during Ramadan with a few pieces of dates as their prophet Muhammad (Peace Be Upon Him) used to do. According to the Qur’an, Allah told the Virgin Mary to eat dates during the delivery of Jesus, as she was suffering from the pangs of the childbirth.