The 10 Most Surprising Dishes From The Middle East

Although Middle Eastern cuisine has gained immense popularity throughout the world, many people’s experience of the region’s food remains limited to a standard, Westernized menu. However, for those who wish to branch out from a diet of kebabs, hummus and falafel, Middle Eastern cuisine offers a range of delicious and unusual dishes, each reflecting the diversity of the region. We check out 10 dishes from the Middle East you may not have heard of. 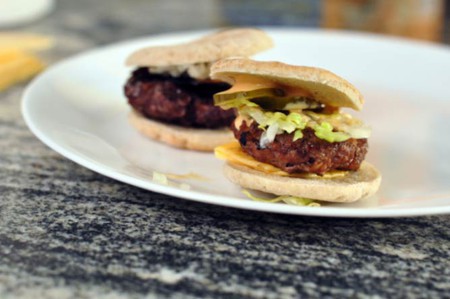 Camel meat is plentiful in the Middle East, particularly in the Gulf area, where camels are reared for their meat and leather. In the larger urban areas, camel meat is considered a luxury item and is rarer and more expensive, yet in more rural areas, camel meat is considered an everyday staple. The meat is cooked in a variety of ways; barbecued directly over hot coals, skewered over open flames to create juicy, tender shish kebabs, or even ground and turned into gourmet burgers. The hump of the camel is particularly prized for its high-fat content and flavorsome meat, but depending on the cut, camel can range from tough and gamey to sweet and juicy. 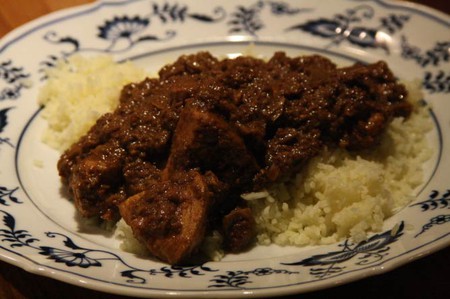 A very popular Iranian dish, fesenjoon is famed for its delicate yet striking juxtaposition of flavors and use of fresh ingredients. The dish is a traditional Iranian khoresh (or stew) and consists of tender cubes of chicken cooked in a sauce made of freshly ground walnuts and thick pomegranate syrup over several hours, allowing the chicken to absorb the walnut oil and resulting in a thick, creamy texture with just the right amount of bite. The walnuts provide a mild, savory base which contrasts delightfully with the tangy, sweet-and-sour pomegranate syrup. The final khoresh is served with fluffy, steamed rice and a spoonful of yogurt to balance out the tangy taste. 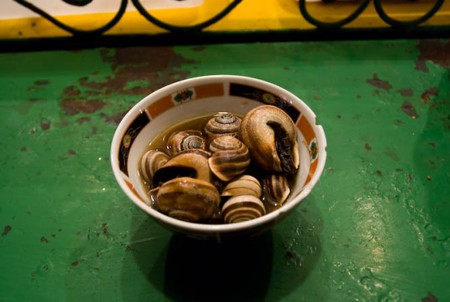 Another example of the region’s excellent street food, ghoulal is Moroccan inspired snail soup, typically made in large silver pots by the side of the street and ladled out, steaming, for queues of eager customers. The snails used are land snails, which are boiled in their shells in a tasty, spicy broth flavored with cumin, ginger, tarragon and fennel seeds. The soup has a subtle yet hearty flavor, perfect for called autumn and winter evenings, and the snails can be extracted with a toothpick for an extra savory kick. 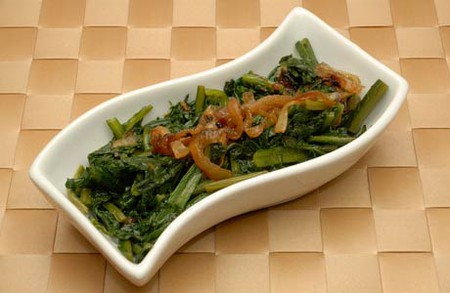 In Lebanon, hindbeh – or dandelions – can be eaten fresh as part of a salad or as a garnish. They can, however, also be served as a delicious hot mezze. The dandelion leaves are soaked and boiled in water to create a soft, mushy consistency, and then drained and fried in olive oil until dry and tender. Often, caramelized onions and garlic are added at the frying stage – the garlic adds a subtle, delicious layer of flavor, while the sweetness of the caramelized onions contrasts with the slight earthy bitterness of the dandelion leaves. The final dish can be served alongside flat bread, chickpeas, with a drop of lemon juice, or alternatively enjoyed on its own. 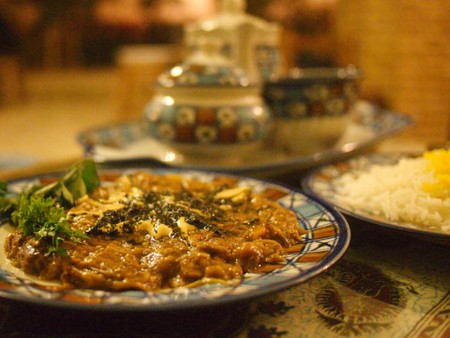 Another unusual appetizer, kashk-e bademjan is an essential item at Iranian gatherings and parties, served as a dip alongside warm flat bread. kashk-e bademjan has two main ingredients; bademjan, or aubergines, which are fried until very soft and mixed with kashk. Kashk is often translated as whey, and is a fermented dairy by-product with a sharp, distinctive taste and yogurt-like consistency. The mild, savory taste of the aubergines perfectly complements the slightly sour taste of the kashk, and traditionally, the surprising flavor combinations are increased by adding dried mint and sweet caramelized onions. 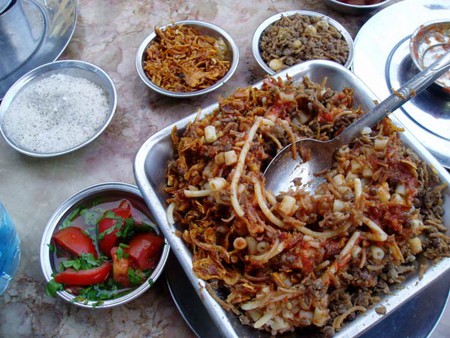 Often considered Egypt’s national dish, kushari dates back to the 19th century. At this time, Egypt was experiencing a period of multiculturalism and economic affluence, to such an extent that kitchens became filled with a variety of different produce, including pasta, rice, chickpeas, tomato sauce and lentils. At the end of the week, all the leftover ingredients would be combined into one big dish, which came to be known as kushari. Today, kushari is a favorite among locals and has become a popular street food, with the pasta, rice and pulses served mixed together in a bowl and topped with a spicy, vinegary tomato sauce. 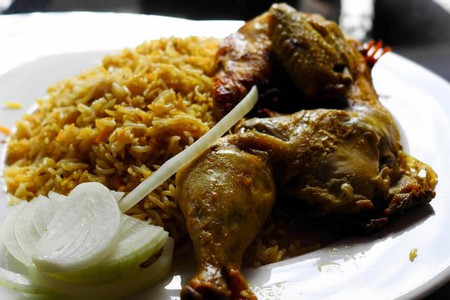 The traditional dish of the Hadhramaut region in Yemen, mandi is a deceptively simple yet mouthwatering concoction consisting of the typically Middle Eastern combination of rice, meat and spices. The meat in mandi is traditionally cooked in a tandoor – a special clay oven which smokes the meat to give it a delicious tender texture and barbecued flavor. The meat is then served with a special rice which has been flavored with cardamom, cinnamon, turmeric and cloves, and occasionally sultanas and nuts. The rich, luxurious nature of the dish has made it a classic meal for weddings, feasts and religious celebrations. 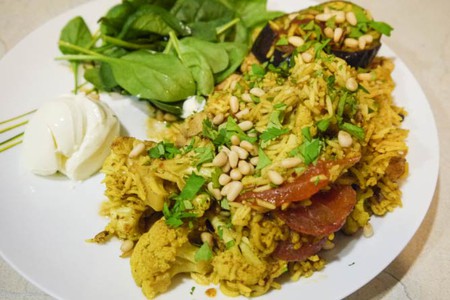 Maqluba is a traditional Palestinian dish consisting of meat – usually chicken or lamb – and a variety of fried vegetables, including aubergines, tomatoes, potatoes, and cauliflowers, which are layered into a pot of rice and left to cook. The dish is then inverted onto a serving plate, so that the layer of tomatoes at the bottom of the pot forms a colorful covering over the rice. The word maqluba literally translates as ‘upside-down’, referring to the last stage of the cooking process where the entire dish is flipped. Upside-down rice dishes are common in the Middle-East, with variants found in Iranian and Turkish cooking. 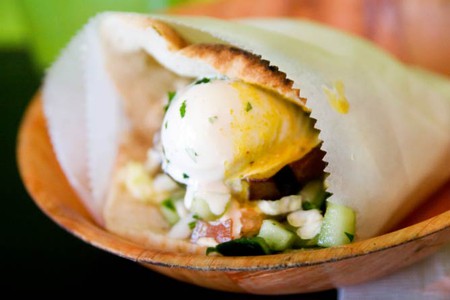 Sabich has a rich and multicultural history. Now considered a typical Israeli dish, sabich was in fact brought to the area by Iraqi Jews, who would traditionally eat in on the morning of Sabbath. As cooking is not allowed on Sabbath, sabich was considered the perfect meal, consisting of fried aubergine – which could be pre-cooked – hard boiled eggs, potatoes and hummus or tahini, all stuffed into a pita bread. Over time, the sandwich began to be sold from open air stalls as a form of fast food and is today a favorite Israeli street food. 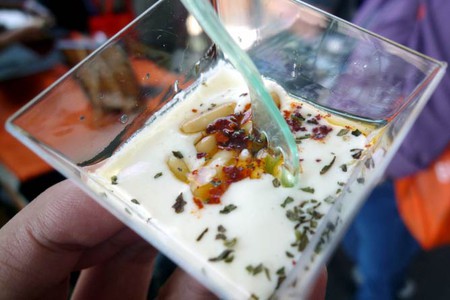 Shish Barak is a traditional Levant dish, with variants found in Syria, Lebanon and Iraq. It is typically cooked in homes and not frequently served in restaurants. The dish consists of small meat dumplings – spiced minced meat encased in pockets of dough, similar to ravioli – which are cooked in thick natural yogurt. The yogurt is brought to the boil slowly, so as not to curdle, and flavored with dried mint and garlic. The resulting dish is an entirely unique experience, with the creamy, distinctive taste of the hot yogurt contrasting with the spicy taste and crisp texture of the dumplings.