Top 10 Stunning Capitals Of Islamic Culture In The Middle East

Three cities from Africa, Asia and the Middle East are chosen every year by cultural body ISESCO as capitals of Islamic culture. The nomination recognizes the contemporary and historical significance of the area’s culture, architecture and art, as well as its contribution to Islam. Starting with the inaugural year, we take a closer look at the winning cities and what makes them such beacons of cultural significance. 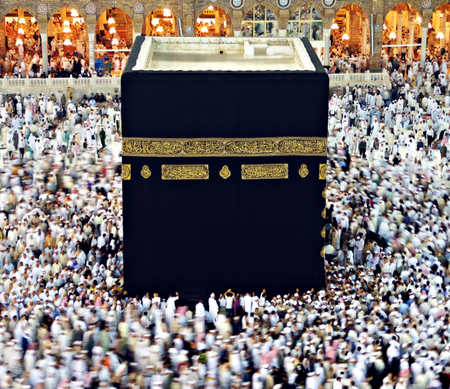 As important to Jerusalem is for Judaism, Makkah al-Mukarramah, or Mecca as it is commonly known, is the most revered place for all Muslims. Located in Saudi Arabia’s Hijaz region on the western coast, it is the birthplace of the Prophet Muhammad. Each year millions of Muslims across the world travel to Mecca for the Hajj to fulfill the pilgrimage, one of the Five Pillars of Islam. The most sacred place in Mecca is the Ka’ba, a mosque which is housed around a black stone; it is to this monument to which all Muslims pray during the salaat. Non-Muslims are unable to visit the site, which was awarded the Capital of Islamic Culture in 2005, but its importance in the Islamic world is undeniable.

Aleppo is one of the world’s oldest inhabited cities with some estimates putting it at over 8000 years old. However, its importance globally and within Syria fell into decline in the 17th century, with Damascus overtaking it as Syria’s capital in 1946. Aleppo’s importance as a trade route did however leave a lasting cultural legacy, with some of the most amazing architectural sites. Aleppo’s Souk, dating to Medieval times, is an example of this, with a plethora of stalls selling silks and spices. The Great Mosque of Aleppo is also a testament to the city’s Islamic history and geological importance. Unfortunately today, the 11th century minaret lies in ruins, destroyed in the Syrian Civil War. Despite the destruction of much of the city’s architectural sites, the city still remains a UNESCO world heritage site. 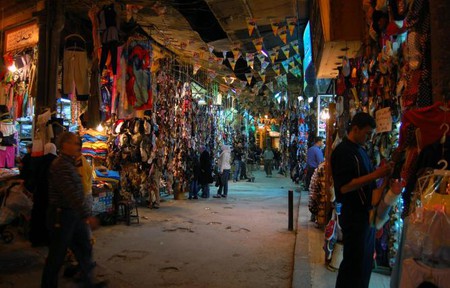 The walled city of Tripoli is one of the best preserved Islamic cities in the world. Inside the Libyan city’s walls lies a number of iconic buildings, testament to the city’s past as an important area for trade. The Darghut Mosque, built in the 16th century is a fine example of Turkish architecture; Turkish colonizers occupied the city for nearly 500 years. Whilst the Darghut Mosque was the first mosque built by the Turks, the 19th century Gurgi Mosque, close-by to the Arch of Marcus Aurelius, was to be the last. The interior of the unassuming building speaks wonders – adorned with Italian marble, Moroccan carvings, and Tunisian ceramics with 16 intricately carved domes. 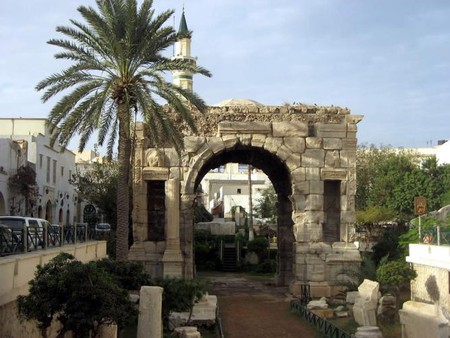 The site of the mysterious Pharos lighthouse, Alexandria is now renowned for its library, the catacombs, and Roman amphitheaters and pillars. Situated in Northern Egypt, the history of this Mediterranean city dates back to 331 BC. More akin to the Greek and Roman cities to the North, this Middle Eastern contender won the capital of Islamic culture in 2008. Alexandria’s volatile past has created a city steeped in various cultures. Today, the city boasts an impressive array of mosques, dating from ancient times to the modern era. Built in the early 20th century, the Mosque of Abu Abbas al-Mursi is contemporary in its construction but contemporaneous with the older mosques in the city. One mosque in particular, the Terbana Mosque, is smaller in size and dates back to the 17th century. The building has incorporated two columns under the impressive minaret which are remnants from ancient Alexandria. 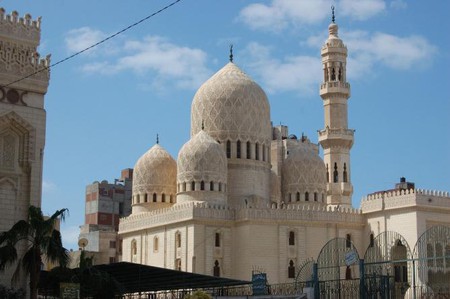 After Mecca, Medina and Jerusalem, Kairouan is considered the fourth holiest site in Islam. Inside the walled city lies one of the oldest mosques in the Islamic world, the 7th century Mosque of Uqba. Kairouan was founded by the Arabs in AD 670, who brought with them the Quran and the Islamic teachings to Tunisia. The conservative region has remained true to its traditions and is an important world heritage site. Slightly younger than its partner mosque at Uqba, the Mosque of the Three Doors was founded in AD 866 by Mohammed bin Kairoun el-Maafri. Its interior is closed to non-Muslims but the facade is an impressive example of Andalusian architecture, open for anyone to appreciate. 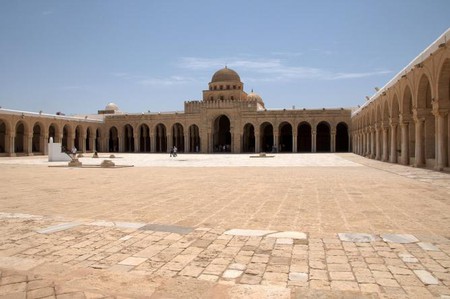 Tarim is located in Southern Yemen, in the Hadhramaut province. The area is one of the most religious regions in the country, with most of its population still living in tribes. The town has nearly 365 mosques, with some dating back to the seventh century. The most impressive is perhaps the Al-Muhdar Mosque, built in 1915. It is one of the most recognizable buildings in Tarim, with its minaret reaching over 50 meters, and is considered one of the tallest earth structures in the world. There is also the Great Mosque, which houses the Al-Ahgaf Manuscript Library containing over 5000 manuscripts. The library is one of the most important centers for Islamic learning in the country and has produced a number of important Islamic scholars. 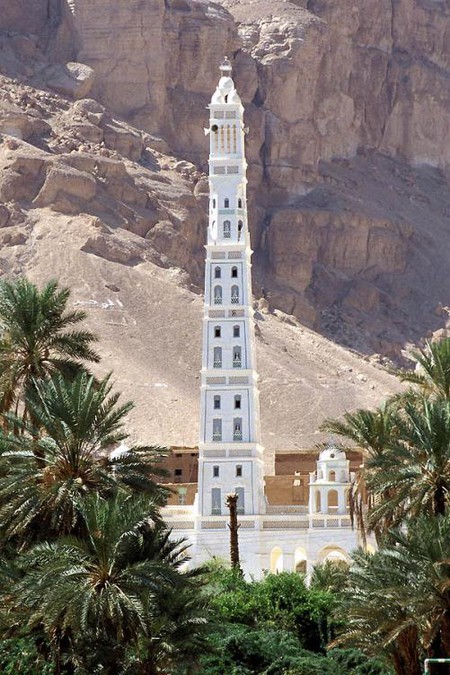 As well as its predecessor, Kairouan, Tlemcen city in Algeria is one of the most important Islamic areas in North Africa. The city boasts an amalgamation of Moorish, Andalusian, Islamic, French and Berber cultures, inextricably linked in both architecture, music and art. The city’s origins started in the 8th century, with some of the mosques dating back to the 11th century. One mosque in particular, Tlemcen’s Grand Mosque, dates back to 1091. A fine example of Almoravid style, its elaborate Mihrab (the niche of the wall facing Mecca), includes a large dome with an impressive chandelier. Another Mosque, the Madrasa and Tomb of Abu Madyan or Sidi Bumadyan is a later example of Andalusian architecture. Built in 1339, the tomb has become a pilgrimage for Muslims to see the resting place of the Sufi mystic. The Madrassa was a later addition to the mosque in 1347 and is an important school for Quranic learning. 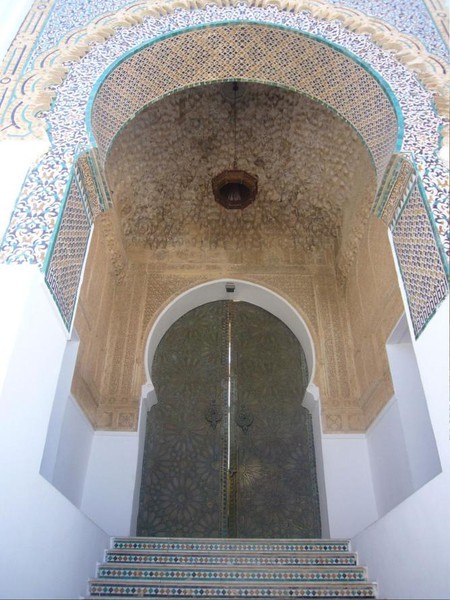 Outshone only by Mecca and Medina, Najaf is considered the third holiest Islamic city for Shia Muslims. The Imam Ali Mosque is the site that attracts the most pilgrimages, considered by Shia Muslims to be the burial site of Muhammad’s cousin as well as the resting place of Noah and Adam. Ali’s opulent tomb is the central focus of the mosque which was built in 977 to encase it. The mosque’s dome and minarets are adorned in nearly 50,000 golden tiles, even more extravagant than the usual lavishness of Shia mosques. To the rear of the mosque lies the Wadi of Peace, one of the largest cemeteries in the world. Shia Muslims from across Arabia bring their dead to Ali’s sarcophagus for one last pilgrimage, carrying the coffin around the tomb before burial in the Wadi. 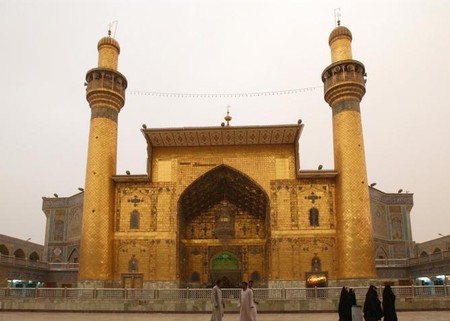 Al-Madinah Al-Munawwarah, or Medina as it is commonly known, is regarded as the second most spiritual place for Islam in the world after Mecca. The city is where Islam first developed and houses the burial site of the prophet Muhammad. Architecturally, the city is host to three of the oldest mosques in the world; Al-Masjid an-Nabawi (The Prophet’s Mosque), Masjid al-Qiblatain and the Quba Masjid – considered one of the oldest mosques in the world, with its foundations laid by prophet Muhammed. The mosque underwent a radical refurbishment in the late 20th century and is now an imposing structure in Medina’s skyline, with six domes and four minarets. Al-Masjid an-Nabawi is one of the largest mosques in the world and is the resting place for the prophet Muhammad; the spot is marked by a large green dome. The ostentatious interior is a fine example of Arabesque architecture, with a mix of styles from previous renovations. 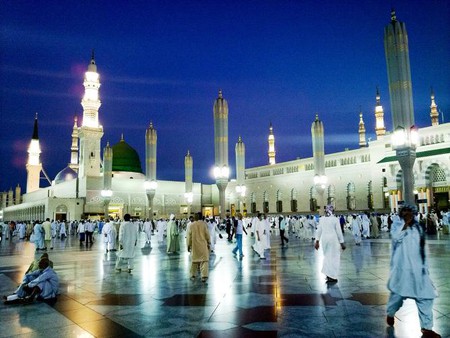 The Mosque of the Prophet | © OmarChatriwala/WikiCommons

In 1998, Sharjah was named the Cultural Capital of the Arab World by UNESCO, and it was recognized by ISESCO as the Capital of Islamic culture in 2014. Outshone in ostentation by the more glamorous Emirates of Dubai and Abu Dhabi, Sharjah has remained firmly attached to its cultural heritage. The Emirate’s cultural policy is one of the most ambitious in the Middle East, boasting a wealth of galleries and museums. One government initiative even aims to provide nearly 50 thousand families with a library of books. The Emirate also runs regular cultural events, one in particular, the Sharjah Biennial Festival, welcomes international artists to exhibit their works.