10 Must Read Women Writers From The Middle East 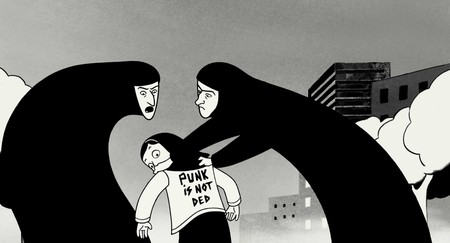 The tradition of female writers from the Middle-East has been vastly growing in the twentieth century, with new generations of writers determined to give women a voice and represent issues regarding feminism, identity and class from a female perspective. From fiction to non-fiction writers, we profile ten fantastic female writers from the Middle-East.

Widely acknowledged to be a pioneer in women’s writing in the Middle-East, Layla Baalbaki was one of the first writers to give women a voice in Arab literature, focusing primarily on female issues. Her 1958 novel I Live is a work far ahead of its time, revolving around a young Lebanese woman as she attempts to negotiate her place in the world; striving for political, social and financial independence. Sadly, Baalbaki’s honest exploration of women’s innermost emotions was met with controversy and hostility and she was charged with obscenity and immorality. Although eventually acquitted, Baalbaki wrote no works of fiction after 1964 and turned instead to journalism. 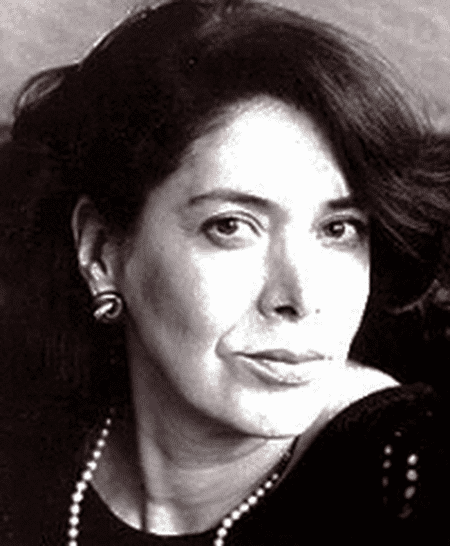 A noted Algerian feminist author, Assia Djebar is well known for examining the plight of Algerian women within a post-colonial context. Her works include the collection of short stories Women of Algiers in Their Apartment (1980), inspired by Delacroix’s famous The Women of Algiers (1834). These respond to the Orientalist and patriarchal structures surrounding contemporary Algerian society and attempt to demonstrate the ongoing inequality which defines women’s lives. Djebar was elected to the Académie Française – a historic organization which seeks to uphold and protect French heritage and language – in 2005, the first Magreb writer to receive this honor. 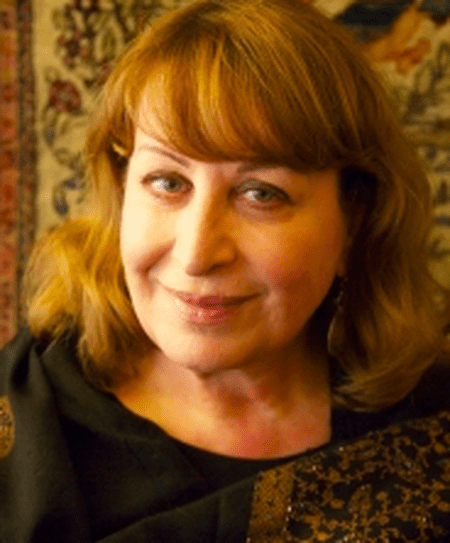 Born and raised in Baghdad, where she studied journalism at university, Inaam Kachachi moved to Paris in 1979, where she has lived ever since. As well as regularly writing pieces for Arabic-language newspapers, Kachachi has published several novels which examine issues of displacement and homeland, as well as the brutal reality of Iraq today. Frustrated by the religious and didactic turn literature in Iraq has taken, Kachachi attempts to authentically portray complex characters in the Iraq which she experienced. Her most recent novel Tashari (2013) stretches back to the 1950s and explores the changing sociopolitical dynamic of the country through one family and their eventual dispersal across the globe. This novel was shortlisted for the International Prize for Arabic Fiction. 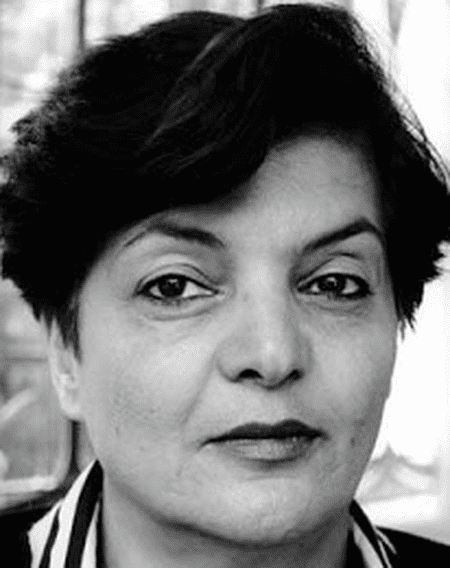 One of Palestine’s first and foremost feminist writers, Sahar Khalifeh is known for her complex portrayal of women in contemporary Palestinian society. Set against the background of the Palestinian occupation, Khalifeh’s works show an unflinching portrayal of the realities of life in the occupied territory from a specifically female point-of-view, giving frequently unheard women a voice in the ongoing conflict. One of her most well-known novels, The Inheritance (1997) tells the story of various Palestinian women who sacrifice everything for their men and their country only to never be acknowledged or remembered.

One of the world’s leading Islamic feminists, Fatema Mernissi concentrates on Islam’s attitudes to women and the role women play within the religion in her work. Her first work Beyond the Veil (1975) is an unmissable text in the field of feminism and Middle-Eastern studies, exploring concepts of female sexuality within the historic context of Islam. Many of her works examine women’s spheres and physical spaces. Doing Daily Battle: Interviews with Moroccan Women (1991) saw her interview a range of women from different socioeconomic backgrounds and lifestyles in order to present an authentic, rounded picture of the realities of womanhood in Morocco. 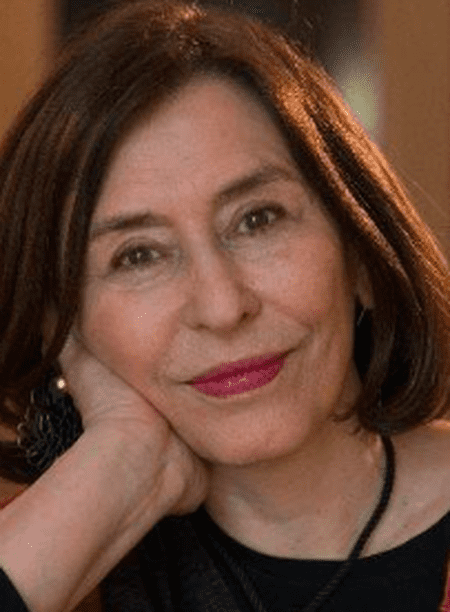 Born in Iran, Azar Nafisi was educated in Switzerland and the United States, before returning to Iran as a professor of literature in 1979. Her novel Reading Lolita in Tehran (2003) is an account of her experiences teaching in post-revolution Iran, centering on a book group of female students who secretly meet at Nafisi’s house to discuss forbidden works, mostly Western literature. Nafisi’s novel devastatingly depicts the gradual loss of freedom in post-revolution Iran, the worsening situation for women and the tragedy of the Iraq-Iran war, while simultaneously revealing the power and comfort of great literature. As such, Reading Lolita in Tehran acts not only as her own memoirs, but as a portrayal of cultural and national memory. 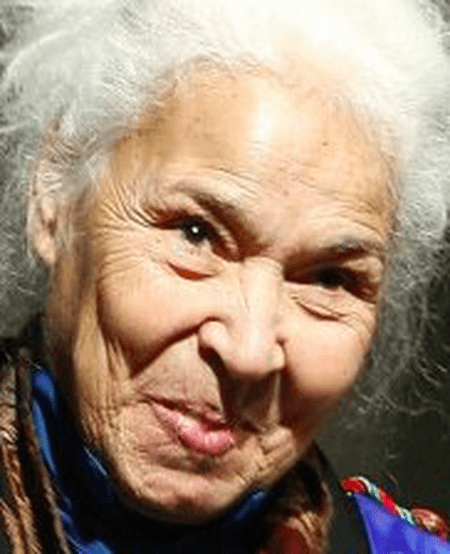 A greatly prominent feminist novelist, critic and human rights advocate, Nawal El-Saadawi was born in Egypt in 1931 and trained as a doctor of medicine. Through this work, she observed first-hand the hardships and physical burdens women, particularly those of lower classes, underwent. She began to posit connections between women’s psychological and physical problems and the oppressive patriarchal structures they lived in. Many of these concepts are discussed in her book Women and Sex (1972), a hugely influential work which became a seminal text of second-wave feminism, depicting women’s bodies as a battleground in the struggle for equality. As well as her non-fiction texts, El-Saadawi has written a number of short story collections and novels, many of which discuss contemporary women’s socio-cultural circumstances.

Ghadah Al-Samman’s work spans a variety of genres; from poetry to novels to journalism. She was born in Damascus in 1942, but left Syria for Lebanon in the 1960s and never returned. As such, her work has a distinctly Lebanese focus, with some of her most famous works including Beirut 75 (1974), a novel exploring contemporary social issues in the city, and Beirut Nightmares (1977), a devastating portrayal of the Lebanese Civil War. Although the execution of her work varies, Al-Samman depicts a series of running themes throughout her work – a rejection of Arab bourgeois values, the importance of individual liberty and the quest for women’s emancipation, which Al-Samman views as fundamental to humanity’s overall search for freedom.

Although Marjane Satrapi’s name might not be widely known, her stunning graphic novel Persepolis (2000), adapted into an award-winning film of the same name, has become a classic of the graphic novel genre. It is lauded for its honest and witty insight into life in post-revolution Iran. As part of the first generation to experience their youth and adolescence during the new, oppressive regime, Satrapi’s novel portrays the tension between the youthful culture of freedom and rebellion and the regime’s strict moral codes and censorship. It also demonstrates the wider implications of these laws for groups such as women, political activists and artists.

An internationally recognized writer, Hanan Al-Shaykh’s work questions the position of women in Arab society, and criticizes the deep-rooted patriarchal structures which continue to dictate women’s lives. Her fiction depicts many traditionally taboo subjects, including homosexuality, abortion and female infidelity, making Al-Shaykh a groundbreaking writer in the Arab world. Al-Shaykh also explores concepts of identity and belonging, with her recent novel Only in London (2001) portraying intersecting story lines of characters in London’s Arab diaspora. Through her novel, Al-Shaykh reveals the frustration and uncertainty of migrant identity; the tension between one’s native culture and that of a new country, and the difficulty of finding one’s place in a transnational and intercultural setting.