10 Beautiful Buildings in the Middle East

In recent years, the Middle East has often been seen as a place of conflict and overlooked as a place of art and culture. However, hidden amidst these turbulent states are many beautiful buildings that deserve recognition for their architectural achievements. 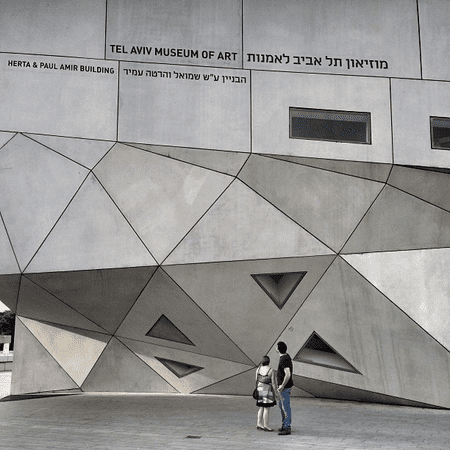 Home to photography and visual arts exhibitions and an Israeli Architecture Archive, the Herta and Paul Amir Building (2011) is an exciting deviation from traditional art gallery architecture. The faceted structure, like crystalline stone, is an assortment of rectangular and triangular planes and windows. The building rises out of the earth in the same stone as the main museum building and the surrounding square, uniting the whole site. The angular structure has the unanticipated affect of framing the dramatic skies and cloud formations that hand over the city. The geometric complexity, both inside and out, is captivating and unusually calming. 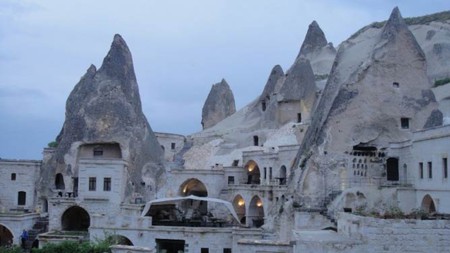 Carved from the cone-like Tufa Rock Formations of Cappadocia, the Fairy Chimney Inn is a building of pure fantasy. Part of a 1,500 year old Byzantine monastery the interior resonates with the whispers of the monks who once lived there. Labyrinths of natural caves comprise the body of the structure, but the carved rock face and beautiful stone set this building apart from an accidental work of nature. The building exhibits a great sensitivity to the rock, never dominating, but harmoniously coexisting, demonstrating man at one with nature. 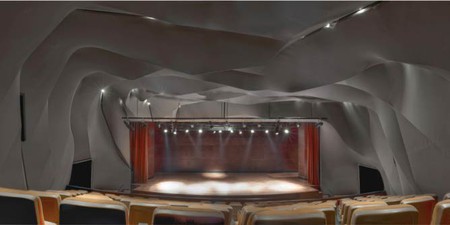 Designed by Magma Architecture in 2012 the redevelopment of Masrah Al Qasba Theatre has transformed the building. Like a pearl hidden within an oyster, the plain exterior of Masrah Al Qasba Theatre hides an true architectural gem. The theatre is a hugely functional space, but also one of intrigue. The walls and ceiling flow around the building like an origami maelstrom. The building aims to mimic the moonlit sand dunes of Sharjah in its serene, undulating forms. Soft lighting from the plethora of creases gives a comforting glow, embracing the viewer within the womb-like architecture. 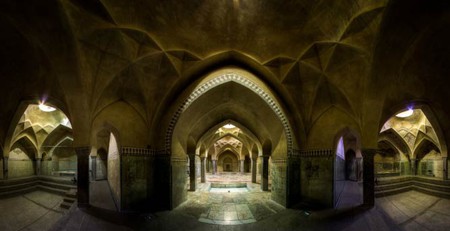 On the silk road, Isfahan was once one of the largest, most important cities in Asia, renowned for its beauty. Nestled amongst the busy streets of Isfahan is the Aliqoli Agha Bath is a traditional bath house that looks just a beautiful today as it did in the 17th century. The 19th century jewel-like tiles and the dreaming arcades of geometric stone vaulting are precious architectural treasures, glittering, glowing, enthralling. The building is as a bath house should be: relaxing, purifying and a little glimpse of heaven. 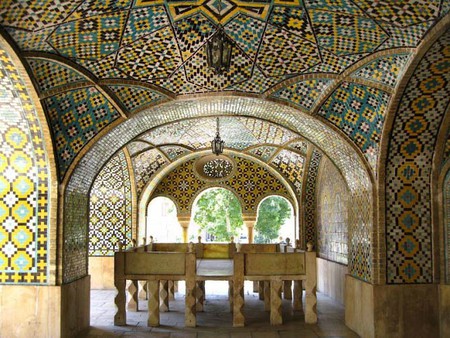 Golestan Palace is a complex of lavish buildings amongst delicately manicured gardens. Amongst these opulent halls is the Karim Khani Nook built in 1759. The terraced nook once resonated with trickling water from a subterranean stream running through the fountain. It was designed as a place of ‘rest and repose’ and quiet contemplation. The polychrome mosaic surfaces of green and yellow tiles mimic the splendor of the mosques with their introspective repetition. Walls become soothing kaleidoscopes the perfect place to lose yourself in the busy city of Tehran. 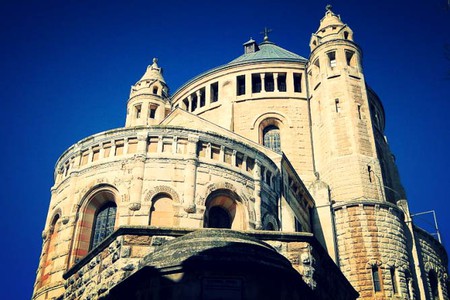 Church of the Dormition | © Adam Jones/Courtesy of WikiCommons

Located atop Mount Zion, place of biblical resonance and highest point in Jerusalem the Dormition Abbey overlooks the beautiful ancient city. The church is believed to be the site where the virgin departed her earthly life, not though death, but through sleep. This may explain the peaceful repetition of curved arches and chapels around the main vault of the building. Two elegant spiral staircases descend to the crypt where ornately carved brick pillars frame King David’s Tomb. This building was built with adoration and love of God and this comes across in the perfect rhythms of the architecture and the atmosphere of significance within. 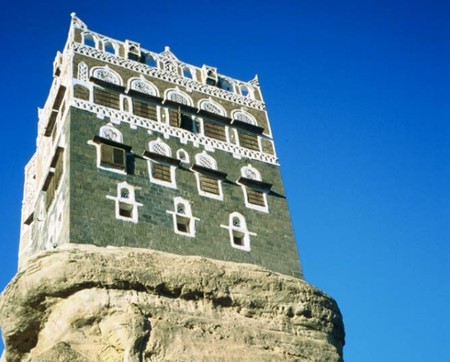 The mud-brick architecture of Yemen is unique and unexpectedly beguiling. The city of Sana’a takes this heritage style further building on top of the local rock formations. Built in the 1930s, the Residence of the Imam Yahya Muhamamd is one of such buildings perched upon a vast rock overlooking the city. The brown bricks of the tower emphasize the lace-like details picked out in white. The ogee arches of the window frames and patterned bands that wrap around the building resemble the piped icing of a wedding cake. The Imam’s Palace is a building of contrasts, robust, yet delicate; squat, yet towering; mud, yet beautiful. 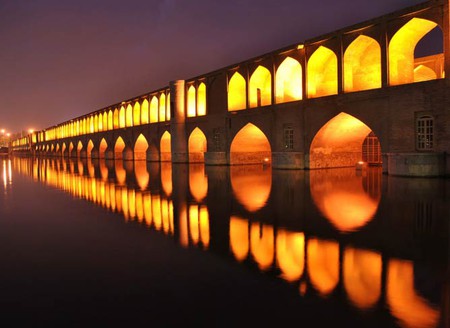 Si-o-se Pol, meaning ‘bridge of 33’ refers to the harmonious 33 pointed arches that run its length on either side side. By day the golden stone of Si-o-se Pol glows in the Iranian sun and the arch ways become darkened caves mysterious, yet inviting. After sunset the archways are lit with a delicate yellow light reflecting diaphanous patterns of orange across the shimmering water below. A place of pure beauty and functionality is the utopia of architecture and Si-o-se Pol accomplished both with refinement and grace. 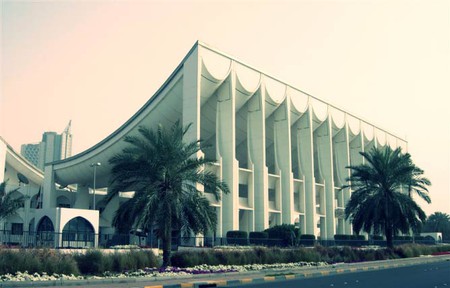 Designed by Danish architect Jørn Utzon in 1972, Kuwait’s National Assembly Building at first appears unusual for a Middle Eastern building. However Utzon based his design around a miniature walled city with departments surrounding courtyards and a covered square with a large ceremonial entrance inside. The ceiling of the central hall is made from a series of cylindrical vaults that ebb and flow like the sea. Utzon has made this concrete building a place of peace and importance in a unity of West and East. 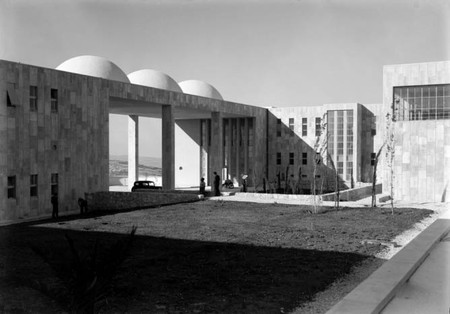 Unusually for a hospital, the Hadassah Hospital is a work of art as well as functionality. Built by renowned architect, Erich Mendelsohn, this is a work of remarkable taste. Immaculate courtyard gardens and the neat squared forms belie an institution of finesse. Clad in warm stone slabs reflecting the shape of the windows unifies the architecture. The highlight of the building is the zen like verandah crowned with a trio of domes allowing people to overlook the city. The tranquility and attention to detail of the architecture gives a dignity – ‘this is not a place to be ill, but a place to get better’.