Exploring Conspiracies with the Documentary About the 'Vatican Deception' 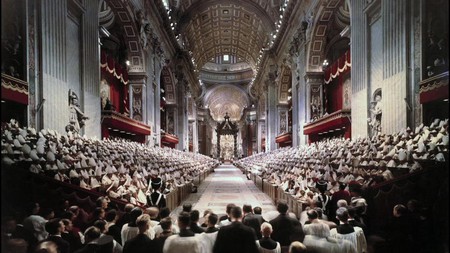 Canadian filmmaker Paul Stark has spent the last four years working on a film that looks to expose a conspiracy he believes is at the heart of Vatican. We spoke to Stark ahead of the premiere of The Vatican Deception in London later this month. 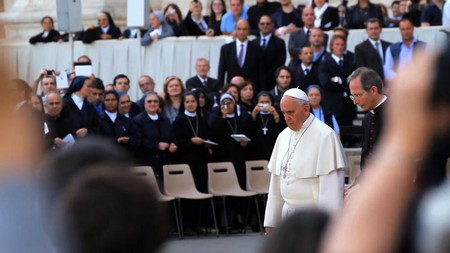 Culture Trip: Let’s start by asking you about the Three Secrets of Fátima. Could you tell us what they were and why they are so important to so many people?

Paul Stark: According to the Portuguese newspapers in 1917, three shepherd children reported that the Blessed Virgin Mary appeared to them in Fátima, Portugal, and revealed several prophecies to them. A celestial miracle was reported by 70,000 witnesses, and the most essential prophecies revealed to the children came to be known as the Three Secrets of Fatima. The First Secret was published by the Vatican in the 1940s and describes a vision in which the children were allowed to see an inferno of tormented beasts and human forms burning in a lake of fire without ever being consumed. The Second Secret was an interpretation of the vision, which explained the multitude of souls going to hell.

According to this secret, the Blessed Virgin said that many souls would be saved if Her instructions were fulfilled. The instructions included devotion to prayer among other things, and an instruction for the Pope to consecrate Russia, which essentially means to bless it.

The Second Secret also predicted the end of World War I and a celestial Light that would signal the start of an even greater war if Russia were not consecrated, and men did not amend their lives and repent of their crimes. The celestial Light being referred to here is commonly known as the ominous Aurora Borealis that was reported in the newspapers on January 25, 1938, just before the start of World War II. As for the Third Secret, the oldest seer of Fatima has told us it is about something much worse than the first two, so it seems fair to say that this Third Secret should be of interest to everyone.

Whether or not we choose to believe its predictions, the scale and gravity of its warning makes it everyone’s business. According to the seer of Fátima, this Third Secret was supposed to be published in 1960, but the Vatican under the leadership of Pope John XXIII decided not to publish it. Forty years later, in the year 2000, the Vatican finally published something called the Third Secret of Fatima, but what they published is a cryptic vision without an interpretation. It’s this Third Secret that is most carefully investigated in our documentary. 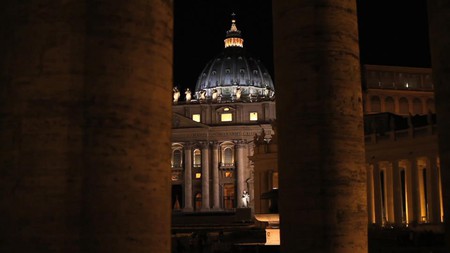 CT: What exactly is the Vatican “deception”?

PS: The deception is this: We have the official Vatican position that says all of the secrets of Fatima have been published. We also have several very prominent Vatican officials, Cardinals, bishops, and even contradictory statements by Popes that tell us the secrets have not all been published. Since both sides of this argument can’t be right, simple reasoning tells us that one of these sides is deceiving us. That is the Vatican deception. The deception actually goes much deeper than this, as illustrated in the documentary, but this is a good starting point to understanding what it’s about.

CT: Did you maintain a distance from the subject matter yourself, or was this more from an insider’s point of view?

PS: I did my best to maintain a distance from the subject matter, and I always asked honest questions about it. The four plus years of my research involved a very meticulous analysis and organization of the chronological events from the revelation of the prophecies in 1917 until the present day. I also went further back in time and discovered that many key events before it provide remarkable insights into this story.

CT: Do you believe the Vatican is being deceptive?

PS: To be more accurate, I would say someone or some group within the Vatican is being deceptive. There are two opposing statements being made, and since two contradictory statements can’t both be right, we can necessarily deduce that one of these sides is deceiving us.

CT: Tell us how you first head about this story?

PS: I remember around the time of the Y2K scare, when the world’s computer systems were being prepared for a possible collapse at the turn of the Third Millennium, that many old prophecies began resurfacing. The prophecies of Nostradamus might have been among the most popular, but there was also talk about ‘Bible Prophecy’ and ‘End times’ and eventually the Mayan calendar. In the years following the events of Y2K, I eventually became aware of the Fàtima prophecies and the more I learned about them, the more I knew there was a story to be told.

CT: What made you think it would be a good subject matter for a documentary?

PS: The idea came to me while I was researching the prophecies of Fàtima for a feature screenplay I was writing – a period drama that recounts the events that took place at the time the prophecies were revealed in 1917. This story itself is remarkable when you learn about the children being kidnapped, the monthly apparitions of the Blessed Virgin, and the miracles reported by 70,000 people. In the context of national revolution and global war, this story is historically epic. What struck me during my research is how little people knew about these events anymore. How did something so spectacular and so apparently important become so obscure? This Fàtima mystery inspired me to start the documentary, and what compelled me to finish it was when I came to understand the Vatican crisis at the centre of this Fàtima mystery.

CT: Father Nicholas Gruner was clearly a man dedicated to his mission. What was he like to work with and to film?

PS: First of all, I found him very open, accessible and extremely intelligent. He consumed information in many languages and could quickly understand its nuances in a way that seemed effortless to him. He was always eager to talk about all things Fàtima and never turned down an opportunity to do so. He also had a deep respect for tradition and was relentless in prayer. Despite his gentle nature, he was a fighter – a characteristic that was certainly nurtured in him during his conflicts with the Vatican administration. It’s remarkable what he was put through in his decades of promoting Fàtima, and yet he always managed to land on his feet. His stamina was remarkable, especially for someone in his seventies. 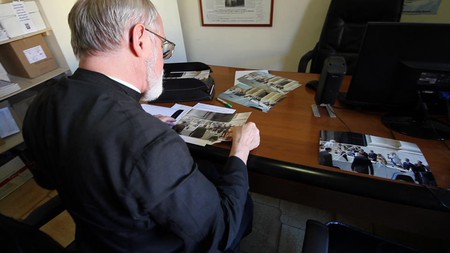 CT: Was it difficult to get people to talk about this on camera?

PS: I found that those who believe in a missing text of the Third Secret generally seemed very willing to speak on camera, and eager to share their knowledge. For those who claim the opposite, this is essentially the Vatican perspective and we were unable to find anyone worthwhile who was willing to speak candidly about it. The most reliable sources for this perspective would be the Vatican insiders who either swore an oath of secrecy, or control the release of information. Father Gruner tried for years to hold open meetings with them to discuss all the burning questions, but he tells us that instead of addressing the questions, they responded by attacking his character. Other people like renowned and respected Italian journalist Antonio Socci tried the same but he was literally shut out despite his prominent contacts and respected reputation. Thankfully, they did make some key breakthroughs, which we are able to share in the documentary. Along with information published by the Vatican or available in archives, it’s sufficient to provide the Vatican’s perspective.

CT: How easy was it to film in and around Vatican City?

PS: Access to Vatican City is extremely limited. You usually can’t enter unless you know someone on the inside, but the public is certainly free to visit St Peter’s Square, St Peter’s Basilica, the Sistine Chapel, and the Vatican museum… any of the common tourist areas. Even in these areas, there are restrictions. They usually don’t like people with big cameras setting up their equipment on Vatican property, especially during ceremonies involving the Pope. With proper accreditation though, they are usually very accommodating.

CT: What message would you have for the large number of people who would dismiss this a merely a rumour?

PS: First of all, watch the documentary. It will give you sufficient background, evidence, and testimonies to have a profound understanding of what’s going on, and to formulate an opinion. Besides this, watch what is going on with the Vatican administration. For example, Cardinal Burke and three other Cardinals have recently become quite critical of the current Vatican administration, calling on them to answer questions about policies that contradict Catholic faith, and calling on them to fulfil the instructions of Fàtima. These Cardinals found the courage to say something very publicly, and the Vatican response has been a deafening silence. These are Cardinals being ignored! And their questions are valid! For 2000 years, the Church has spoken with a clear voice, and now for the first time in its history, the voice of the Church is silent. This is not a rumour, but something very real and observable. It is what the Fàtima prophecies have been warning about for decades, and now we’re observing it for ourselves.

The world premiere of The Vatican Deception will be held on January 18 in London.