Where to Go Wild Swimming in Snowdonia 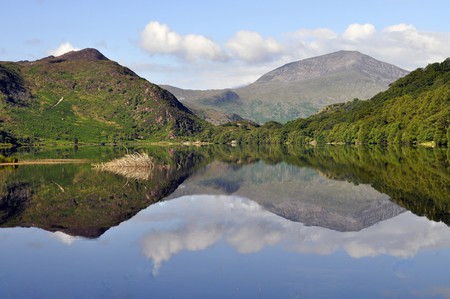 The Snowdonia National Park in North Wales has some breathtaking scenery. Known as Wales’ Lake District, there are lots of options for wild swimming enthusiasts, and it has become a popular choice over the past few years. The Lakes offer a tranquil, safe haven for swimmers, who can relax and enjoy some of the country’s most picturesque views. So, for those wild swimmers seeking a little bit of Welsh solace, here’s our guide to the best spots in Snowdonia. 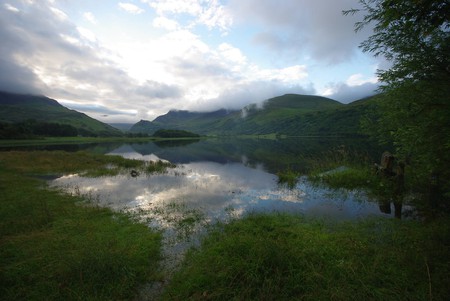 Natural Feature
Facebook
Email
Twitter
Pinterest
Copy link
Share
Map View
Near Beddgelert in North Wales, this shallow lakes covers 60 acres (24.5 hectares) and is perfect for a wild swimming excursion. Formed by the River Glaslyn, it takes its name from the nearby mountain Dinas Emrys.
Open In Google Maps
Caernarfon, Wales, United Kingdom
Give us feedback

Natural Feature
Facebook
Email
Twitter
Pinterest
Copy link
Share
Map View
Simply breathtaking, with easy access and nearby parking, Llyn Gwynant is one of the great lakes of North Wales – swim across to Elephant Rock and jump in the cool waters. Lying on the River Glasyn, this 124-acre (50 hectare) lake is just 1,8 miles (3 km) from Mount Snowdon. It was also used as a location in one of the Lara Croft films, so it has an excellent pedigree.
Open In Google Maps
Caernarfon, Wales, United Kingdom
Give us feedback

Natural Feature
Facebook
Email
Twitter
Pinterest
Copy link
Share
Map View
Located a little off the Snowdon Watkins Path, this series of pools is a rather well-kept secret. Idyllically situated and perfect for wild swimming, this is the ideal place to while away a summer’s day. The Watkins Path is the toughest route to the summit, and was named after local politician Sir Edward Watkins. Officially opened by the then Prime Minister William Gladstone in 1892, it is still considered to be the most challenging of the six routes.
Open In Google Maps
Watkin Path, Caernarfon, Wales, United Kingdom
Give us feedback

Natural Feature
Facebook
Email
Twitter
Pinterest
Copy link
Share
Map View
Possibly North Wales’ most famous lake, in Welsh it’s called Llyn Tegid or Fair Lake. Fed by the River Dee, and originally much bigger, much of the water was diverted from the lake when the famous British engineer Thomas Telford constructed the Ellesmere Canal over the border in neighbouring England. The lower water level resulted in this pretty lake which is 3.7 miles (6.0 km) long by 0.5 miles (0.8 km) wide.
Open In Google Maps
Bala, Wales, United Kingdom
Give us feedback

Natural Feature
Facebook
Email
Twitter
Pinterest
Copy link
Share
Map View
One of the most remote lakes, found just beneath the famous Llanberis Path, Llyn Du’r Arddy is overshadowed by a rock outcrop. Only accessible by foot, the lake has a small beach and gets considerably deeper as it reaches the rock face. It is said that Welsh fairies the Tylwyth Teg live about the lake, so visitors had better watch out for mischief.
Open In Google Maps
Caernarfon, Wales, LL55 4UF, United Kingdom
Give us feedback
Give us feedback