What You Need to Know About Wales' Prehistoric Stone Circles 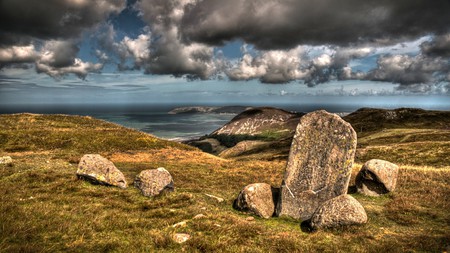 Wales and the other Celtic regions of Europe are very famous for their prehistoric sites. Archaeologists have spent centuries trying to establish the origins of these mysterious stones. Luckily, there is now sufficient evidence available to make an educated guess as to the purpose of Wales’ stone circles. While people know that Stonehenge’s Bluestones originated in Wales, they know little about the native circles dotted about the Welsh countryside – but remember, a henge and a stone circle are two very different things in archaeological terms.

A stone circle is essentially a ring of stones, they can be small or tall, close together or more widely spaced – and there usually aren’t any associated earthworks, like banks or ditches (this would be a henge). Constructed in the Neolithic (New Stone Age) and Bronze Age c. 3,500 BC and 1,500 BC, there are dozens of stone circles in Wales, and many more tombs and standing stones. The seven best known and most studied are Cerrig Duon in Powys, Dyffryn Syfynwy in Pembrokeshire, Gors Fawr in Dyfed; Circle 275, Bryn Cader Faner and Druid’s Circle in Gwynedd and Gray Hill Stone Circle in Monmouthshire.

But, what exactly were they? There are lots of theories. Some academics suggest they were ancient places of worship, constructed high on hills to be close to their ancestral gods; others claim they were used in burial ceremonies as bones and grave goods have been found in association with stone circles in other parts of the world. The stones are often aligned with constellations indicating a prehistoric knowledge of the heavens. Another theory calls them ‘community centres’, places for meeting and trading between tribes. However, there is no evidence to suggest they were inhabited, and often finds from within the circles are from a much later period. One of the most unusual theories is that they were built purely to appease the gods, as a protection against evil – a talisman.

Often, these Neolithic circles were built on the site of an older structure, sometimes a mortuary, which would also support the ancestral worship theory. They also vary in size considerably. Sadly, accurate dating of these sites has proved difficult because radiocarbon dating needs certain types of material to test, and stone circles cannot provide these.

A trip to Wales would be incomplete without visiting these spellbinding and spiritual spaces; located in isolated spots across the whole country. Whatever their purpose, they have survived, and perhaps one day scientific advances will allow some more of their mysteries to be unravelled.