Traditions Only Cardiff Locals Can Understand 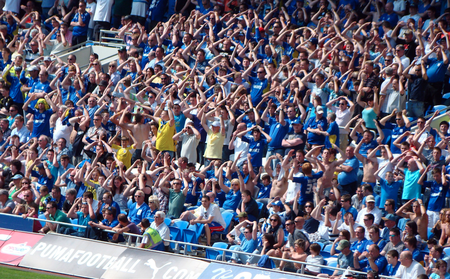 Wales’ capital city upholds some truly unique traditions. These customs a bring huge cultural value to Cardiff and make a visit to South Wales all the more special. Get drawn in and engage with the city’s traditions and customs.

Head to the Cardiff City Stadium and there is a good chance you might see fans conducting a strange gesture in the stands, hands above heads making a tapping motion. The Ayatollah celebration came into use at Cardiff City games in 1990 and was originally performed by the singer and fans of a Welsh-language punk group called U Thant. U Thant’s singer had been inspired by footage of attendants at the funeral of Ayatollah Khomeini, which was broadcast live on British TV, doing the movement to express their grief at his death. It has been claimed that it was initially used as a sign of despair at the way the team were playing and quickly became popular with fans of the club. It has since been used in terms of celebration and support for the team. 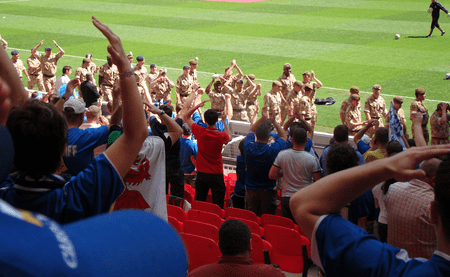 Chip Alley as a place of pilgrimage

Formally known as ‘Caroline Street’, and informally known as Chip Alley amongst other variations, this street is a stretch of some of Cardiff’s most popular takeaway spots. From fish and chip shops to burrito stop offs, Chip Alley is a well-renowned and well-loved street for Cardiffians. It has had a number of facelifts over the years, but has still maintained its undeniable popularity. You can expect to see it rammed to the rafters should there be an event on in the city.

The National St David’s Day Parade, which celebrates Wales’ patron saint, sends a red and yellow carnival across the centre of Cardiff, featuring all sorts of fiery performances from giant dragons and theatrical groups, to star turns from the likes of Tom Jones and Shirley Bassey. A rousing mass rendition of the national anthem, Hen Wlad Fy Nhadau, finishes the procession outside St David’s Hall, where you can enjoy a special gala concert from the BBC National Orchestra of Wales in the evening. Amongst all this you are likely to see locals clad in attire from yesteryears – something that makes for quite special viewing. 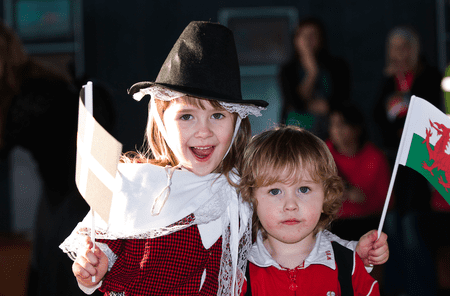 A Lovespoon is a wooden spoon decoratively carved that was traditionally presented as a gift of romantic intent. The spoon is normally decorated with symbols of love, and was intended to reflect the skill of the carver. Due to the intricate designs, lovespoons are no longer used as functioning spoons and are now purely decorative craft items. Carving shops are scattered around the city and Cardiffians are more than likely to have one or two of their own.

Was looking for this wooden Welsh love spoon as a prop in my Snowden pudding pics last week. Could I find it? Just came across it now – hanging up in my kitchen. Doh! #scrumptiouskitchen #welshlovespoon #fbcuk2016

‘Bread of Heaven’ as a staple on match day

Not a pre-match meal but a pre-match sing song, Bread of Heaven is likely to be heard ringing around the streets and pubs of Cardiff. The renditions are guaranteed when Wales’ rugby side are competing at home in the Millennium Stadium. If you are a Cardiff local, then you will almost certainly know the song like it is truly a part of you. 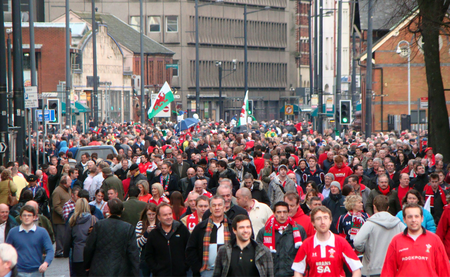