Things That Roald Dahl Taught Us About Food 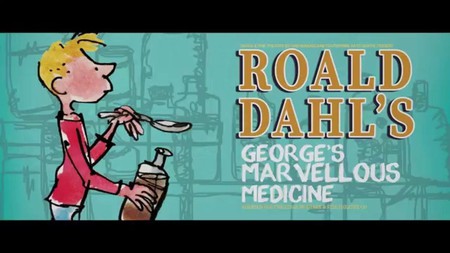 Roald Dahl’s work is packed with descriptions of food and sweets, both tasty and toxic. After his death in 1990, his widow Felicity released ‘Memories With Food at Gipsy House’ (1991). This contained a combination of recipes and tales penned by Felicity, surrounding their family’s enjoyment of good food. She then completed the novelist’s unfinished work, releasing children’s recipe books such as ‘Revolting Recipes’ (1994). In the book’s introduction, we are told that “Treats were an essential part of Roald’s life”. Certainly, Dahl’s fictional presentation of food is a feast for the sense, but also carries deeper meaning.

In Dahl’s 1981 novel, George’s Marvellous Medicine, the young George brews up an elixir with the intention of curing his grandma of her foul disposition. The medicine contains all sorts of ingredients; from deodorant to horseradish sauce and engine oil; and although not all these items are exactly edible, George’s inventive culinary mission is a testament to the combined healing properties of food. Hippocrates once said: ‘let food be thy medicine and thy medicine be food.’ When George does dish up a dose of this medicine and cause his grandma to balloon in size, he lands upon an even better idea — to sell the medicine to farmers and help cure world hunger!

Food is needed for survival

The Giraffe and the Pelly and Me (1985) tells the story of the arrival of the Giraffe, the Pelican and the Monkey in the United Kingdom from an exotic country and are running a window cleaning business. Given the uniqueness of the cuisine to which they are accustomed, they are finding it difficult to source the right foods to eat and are starving. Whilst attending to the windows of The Duke’s Hampshire House, the troop manage to thwart an attempted robbery of the Duchesses’ jewels. This, in turn, earns them favour with the aristocrats and a lifetime access to their required sustenance. Without the prospect of food, the outlook seemed dim. 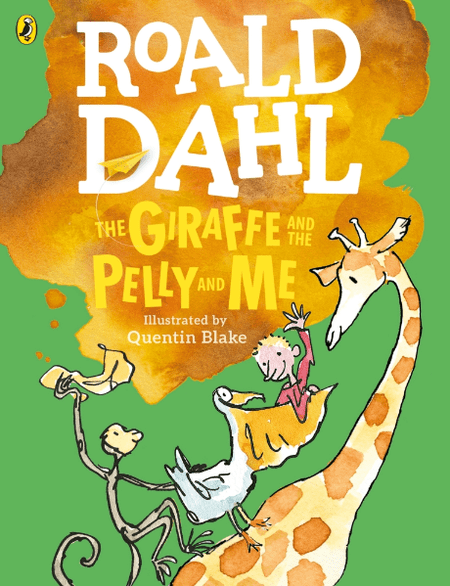 ‘The Giraffe and The Pelly and Me’ | ©PenguinBooks/Penguin

Overindulgence in food is tantamount to villainy

Dahl asserts this view through his portrayal of various characters in his both James and The Giant Peach (1961) and Charlie & the Chocolate Factory (1964). In fact, he works on the dark irony of bringing about their eventual demise through food! Aunt Sponge from James and The Giant Peach is described as ‘enormously fat and very short.‘ Initially, Sponge is content to simply eat the giant peach while her sister Spiker seizes upon the money-making opportunities it would bring. In the end, Sponge is squashed by the giant peach and that is the end of her! 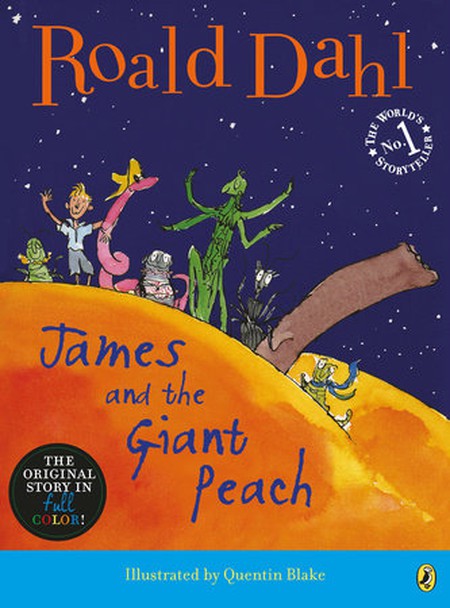 ‘James and The Giant Peach’ | ©Penguin/Penguin

Meanwhile, in Charlie and The Chocolate Factory, Augustus Gloop is described as being ‘so enormously fat he looked as though he had been blown up with a powerful pump.’ Whilst illegally drinking chocolate from Mr Wonka’s river, he exclaims: ‘this stuff is fabulous…gosh I need a bucket to drink it properly!’ He subsequently falls into the river and becomes the first to be expelled from the factory.

The average farmer’s plight: protecting the farm animals from predators

In Fantastic Mr Fox (1970) Farmer Boggis is another character portrayed as gluttonous – ‘enormously fat because he ate three boiled chickens smothered with dumplings every day for Breakfast, Lunch and Dinner’ – and therefore quite deserving of Mr. Fox’s repeated theft of his chickens. However, the tale highlights the obstacle that many livestock farmers face: keeping their animals alive! The food chain dictates that — somewhere along the line — one carnivorous animal is a slap-up dinner for another. Chickens fall prey to a number of predators, including foxes, who many farmers consider to be a nuisance. Now, whether the farmer in question does so for business or pleasure, losing livestock is nonetheless less than desirable. Perhaps Boggis was portrayed wrongly — after all, he was just trying to protect his livelihood! 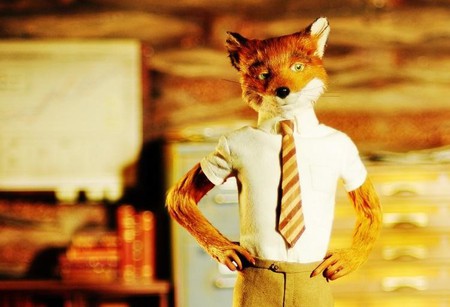 One can score victories through food

From impressing your date with a tasty dish to simply enjoying a few scoops of ice cream after a rubbish day at work, there’s power in the palate. With the help of his grandma and Bruno Jenkins, in The Witches (1983) young Luke was able to conquer an army of witches by tipping their very own potion ‘Formula 86’ into their green pea soup and turning them all into mice! By the same token, the witches used chocolate – contaminated with Formula 86 – to turn Bruno into a mouse and were plotting to use similar, delicious means to do this to all the children of England! Thank goodness that their plan was thwarted in time and, again, this came about through food!

In The Twits (1980), Mr Twit smears the branches of the Big Dead Tree with ‘Hug Tight Sticky Glue’ in order to trap birds for Mrs Twit’s pie. The animals, along with the Twits’ long-suffering pet monkeys, hatch a successful plan to get their own back. Through the animal’s victory, Dahl highlights the importance of animal rights and also raises the question of responsible and ethical sourcing of food. Organisations such as PETA (People for the Ethical Treatment of Animals) feel very strongly about these matters: food for thought indeed! 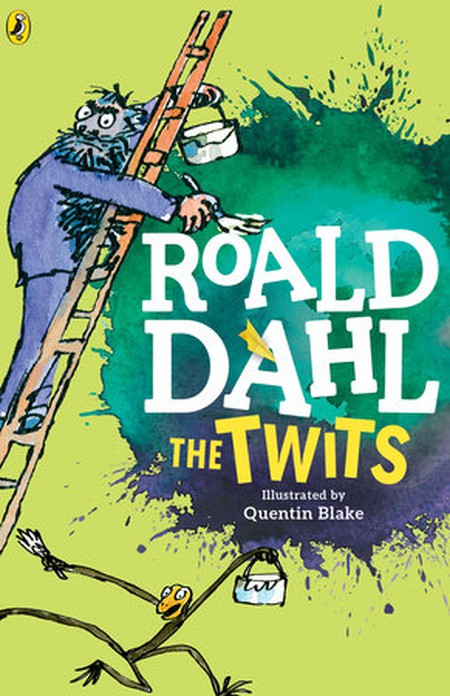 Food can be a matter of life and death

In Dahl’s adult short story A Lamb To The Slaughter (1953), dutiful housewife Mary Maloney inadvertently kills her husband by striking him in his head with a frozen leg of lamb. In a swift, cold and calculated response to this, she decides to play it cool, cook the evidence and feed it to the police officers who drop by the crime scene to investigate. 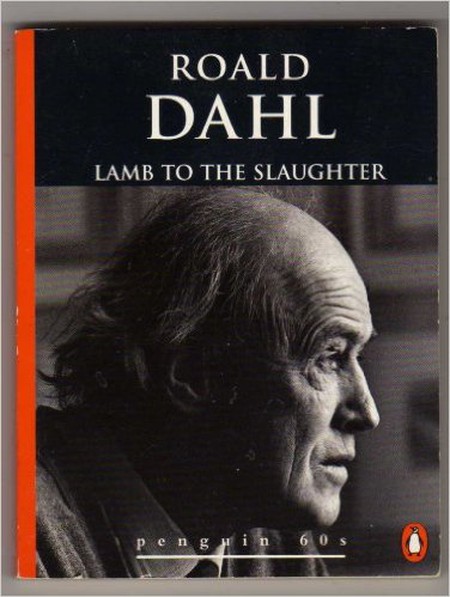 ‘Lamb To The Slaughter’ | ©PenguinBooks/Penguin

The process of meshing a variety of ingredients together often produces magic. This is evident through Mr Wonka’s toothsome treats in Charlie and the Chocolate Factory. Dahl’s very aptly-named collection of adult themed poetry Rhyme Stew (1989) is also a very real testament to the sheer power of combining essences and how tantalizing the results can be.

Plant-based foods may not always taste nice, but they are necessary for vital existence

Unlike his giant counterparts, the BFG refuses to eat humans, based upon principle. In Dalh’s story of The BFG (1982) he instead exists on a diet of Snozzcumbers which he describes as ‘one extremely icky-poo veggitible’, before concluding ‘veggitibles are very good for you!’ Society is becoming increasingly health-conscious and we are constantly being inundated with information about trending superfoods, particularly organic and plant-based ones. Ahead of the noughties, Dahl reinforced the traditional notion that one must eat their vegetables for good health. Bon appetite!