The Top Museums in Swansea, Wales to Visit 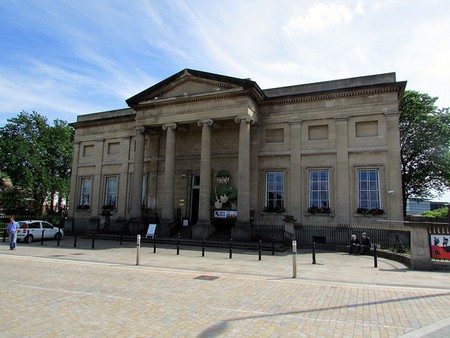 Once at the heart of the world’s Industrial Revolution, South Wales has a history that goes a lot further back than the 18th century. Swansea’s seafaring past, affluent benefactors and diverse cultural and social history all make for some fascinating artefacts. Here’s our guide to exploring the history of the Swansea area, and its people.

One of the The National Museum of Wales’ flagship sites, the National Waterfront Museum takes visitors on a voyage of discovery as they learn all about Wales’ coast and waterways. Discover Wales’ earliest water-based transport (including the famous Coracle), learn why canals, rivers and ports were so integral to Wales’ success in the industrial revolution and see exactly where Wales fits into the seafaring map of the world – you may be rather surprised. A perfect day out for families with lots of hands-on activities, the National Waterfront Museum had been extensively improved over the past 10 years and is certainly a ‘must visit’ when in Swansea. 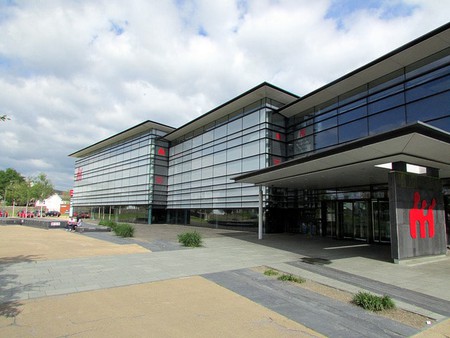 Housed within The Swansea Museum, The Egypt Centre is packed with ancient artefacts, including a rather famous mummy and associated sarcophagi. Hor was a priest and scribe and he was donated to the museum in 1888 by Field-Marshall the Lord Francis Grenfell who was born in Swansea. An enthusiastic amateur archaeologist and historian, he worked alongside the world famous egyptologist Wallis Budge, who secured a great number of artefacts for the museum.

Explore the oldest museum in Wales. Commissioned by The Royal Institution of South Wales, a group of art and science enthusiasts, the structure was completed in 1841. This beautifully neo-classical building houses six galleries and offers free access to visitors. In the summer the Maritime section is open and several boats are moored there, including the 1909 Bristol Channel Pilot Cutter Olga.

During World War II, Swansea saw the most devastating air raids in the whole of Wales. Known locally as the Swansea Blitz, the bombardment continued for three days in February 1941 and killed over 200 people. The 1940s Swansea Bay museum offers visitors a glimpse into the area at that time – learn about air raid shelters, rationing and the destruction that resulted from the intense firestorm. Immerse yourself into a history that should not be forgotten.

Swansea’s most famous son, poet Dylan Thomas has a museum dedicated to his life and work located in this Arts Centre, which was once the extremely elegant City Hall. Built in 1821, this majestic building now houses a permanent Dylan Thomas exhibition. Discover the story behind this, most eccentric of poets, meet his muses and immerse yourself within his words. Born in Uplands, Swansea in 1914, Dylan Thomas life was both colourful and poignant. He died at the age of just 39, leaving behind a great literary legacy. 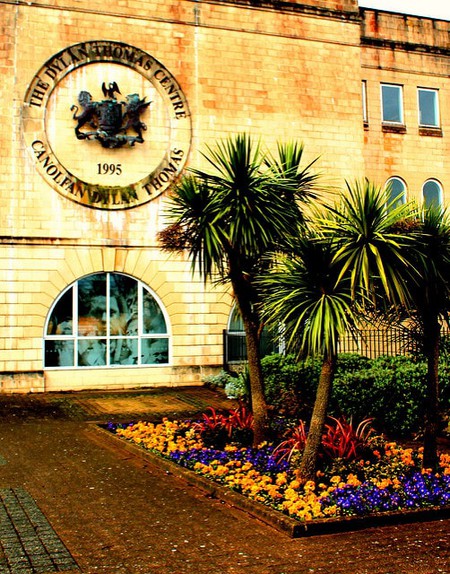 Part of Swansea Museum, yet located just off Dylan Thomas Square, The Tram Shed offers a glimpse into the history of Swansea’s trams. Originally horse-drawn and later electrified, trams were used up until the mid-20th century; this museum is a tribute to the tram system and workers of Swansea. It also celebrates the world famous Mumbles Railway, which carried thousands of tourists around Swansea Bay to the beautiful villages of Mumbles. The original, horse-drawn Mumbles Tram (from 1804) is said to have been part of the oldest railway in the world. With several full size examples on display, The Tram Shed is the perfect place to spend an hour or so.

There’s no better way to discover about the person behind the pen than to visit the house he grew up in. Lovingly restored and located in The Uplands area of Swansea, Dylan Thomas’ birthplace is open for tours on a daily basis. Walk in the steps of the literary genius as you explore his family home, enjoy the atmosphere of his ‘tiny’ bedroom where some of his most famous poems were penned – recreated to take you back to 1934, when Dylan would have been scribbling day after day. You can even spend the night here, so those budding poets need look no further for literary inspiration.

The Gower is one of the most beautiful parts of Swansea, with its stunning beaches, coastal walks and outstanding views. The Gower Heritage Centre explores the social and cultural history of the area; the copper trade, fishing trade and farming which formed the basis of the areas success. Based around the renovated 12th-century flour mill, the Gower Heritage Centre is a museum of rural life, which offers visitors a glimpse of a forgotten era. The Gower even had its own dialect: in the parts known as the Welsherie, Welsh was spoken, whilst English was the main language in the ‘Gower’ speaking districts. ‘Gower’ English includes many words borrowed from Somerset and Devon a few miles across the sea. 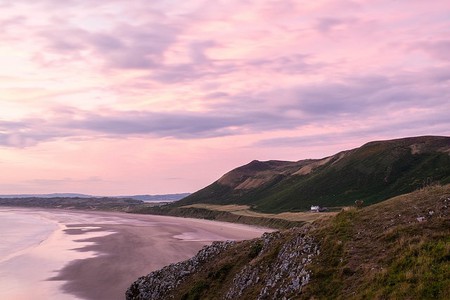