The Top 10 Things To See And Do In Cardiff Bay, Wales
Cardiff / Food & Drink

The Top 10 Things To See And Do In Cardiff Bay, Wales

Cardiff Bay is often described as one of the most successful redevelopment projects in the United Kingdom. Formerly known as Tiger Bay, the docks played a major role in powering industry across the world. As the coal trade grew, people began to settle, and the area became home to people from different parts of the world. The Bay has been transformed from the rough, red light district of previous decades, and has now become a flourishing and trendy part of Cardiff. Here are 10 places to visit when in the area.
Wales Millennium Centre
Theatre

Wales Millennium Centre is an arts centre which has become one of the cultural highlights in Wales. Designed by Jonathan Adams, the building houses the BBC National Orchestra of Wales and the BBC National Chorus of Wales. Inside its walls, operas, ballet, dance, comedy and musicals have been performed and the centre also hosts a number of workshops and free shows. There’s an in-house restaurant, a tourist information point and a gift shop, all of which can be visited before or after you’ve had a look around some of the galleries.

The Bay’s Doctor Who Experience provides a fun day out for the whole family. Celebrating over 60 years of the Doctor’s screen time, the experience features a range of original props and costumes used by previous doctors and their companions. Explore the exhibition hall and see the three full Tardis sets on display. The interactive adventure, which features the present Doctor Who, Peter Capaldi, can be enjoyed by kids and adults alike. This is a must-see for Doctor Who fans. 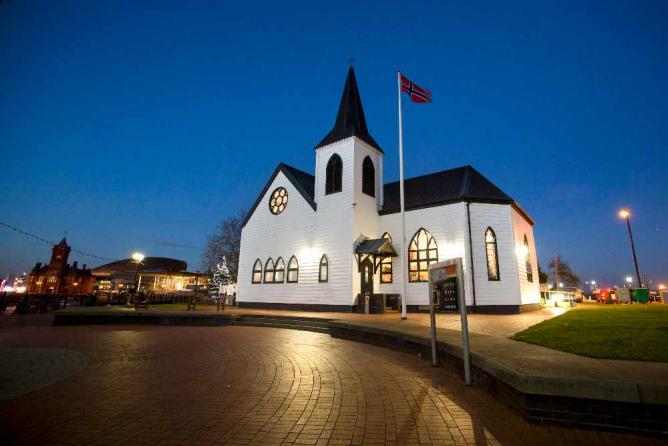 The Norwegian Church Arts Centre is a Lutheran Church building which has recently undergone a £500,000 refurbishment. The building was formerly a place of worship for the Norwegian Community living in Cardiff, including the likes of Roald Dahl and his family. An example of Norwegian architecture, it was built for the sailors who settled in Cardiff when it was a major trading port. Nowadays the building is used as an arts and live music centre, where visitors can also taste Norwegian-style food.

The Senedd – National Assembly for Wales

The National Assembly for Wales, opened by Queen Elizabeth II in 2006, is a £69.6 million development located in the former Cardiff docks. When commissioned, it was encouraged that Welsh materials were used where possible, and as a result, over 1,000 tonnes of Welsh slate were used in its construction. The building has three floors and hosts a chamber for debates and a public viewing gallery as well as committee rooms. The Oriel is an event space and exhibition area with a glass floor which allows visitors to see what is happening beneath it. The building has been nominated for many awards and it is certainly worth a visit.

The Glee Club is a live comedy and music venue which sits in the heart of Mermaid Quay. Showcasing up-and-coming talent, between three and four comedians perform here every Thursday, Friday and Saturday. Food and drinks are can be pre-ordered and customers are seated on arrival. The acts tend to enjoy engaging with the audience; be aware of that if you’re placed in the front row. Students are offered tickets for only £5 with deals on food and drinks, yet prices go up when larger acts perform at the venue.

Opened in 1999, the Cardiff Bay Barrage was one of the largest civil engineering projects happening in Europe at the time. The Barrage was built in order to reduce the mudflats, which were not aesthetically pleasing and were seen as a hindrance to the area’s progress. The Barrage runs from Penarth to the mouth of the Bay. Its creation has been central to the redevelopment of the Bay, and with the recent addition of a pedestrian and cycle route it has made Penarth far more accessible. 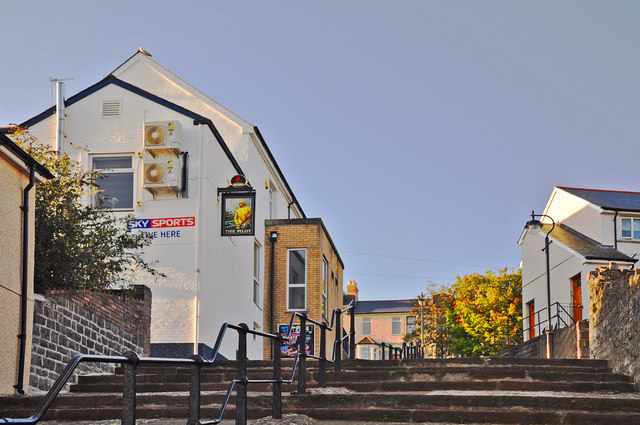 Steps to The Pilot, Penarth | © MickLobb/geograph

The Pilot, a traditional pub in Penarth, sits right on top of a hill which overlooks the Bay. Offering an ever-changing menu and craft beers on tap, this is the perfect place to sit outside with a meal or a drink while enjoying the view. The laid-back and friendly atmosphere is complemented by a cosy log burner in the winter, and they have board games available for rent. The staff are eager to please and happy to cater for particular needs. This pub with a view certainly deserves a mention.

The Cardiff Devils Ice Hockey team play in the British Elite Hockey league, and their current arena is located in the Bay. Formed in 1986, the team has a large number of followers many of whom travel with them around the country for support. Wearing red, white and black, the team encourage adults and children to get involved with ice hockey. The fast-paced matches provide an exciting experience. The arena is part of the International Sports Village which also hosts an Olympic sized swimming pool and a kayak and canoe course among other facilities. 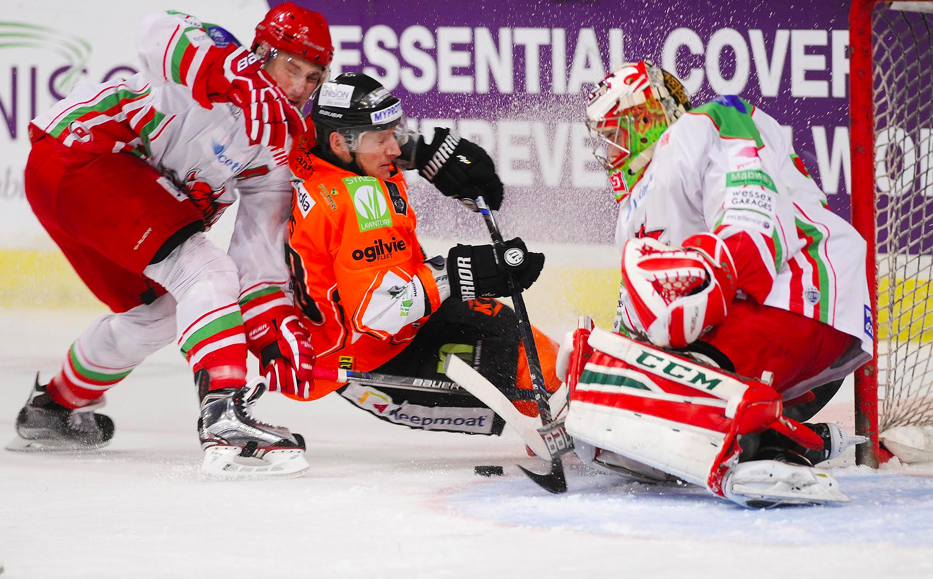 Flat Holm Island is located on the most southern point of Wales. The island has a long history of occupation, beginning at least in the Anglo-Saxon age. It is now a local nature reserve and has been declared as a Special Protection Area. A handful of shipwrecks can be seen from the island depending on the weather. The best way to visit the island is by taking a boat trip; visitors are given a few hours to explore the island and the few buildings which still remain. 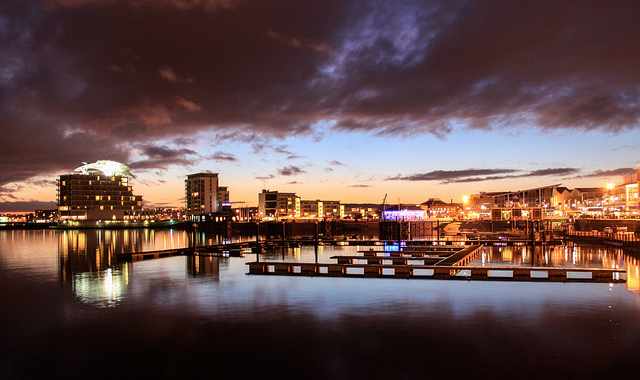 I was Blind but now I can see. (Straighter...) | © GeraintRowland/Flickr

Bayside Brasserie offers some of the most beautiful views over the bay. Priding themselves on their quality service, they serve a range of European dishes. This is a place for fine-dining meals rather than pub food, and they have a wine list to match the quality of their food. The restaurant offers a special lunch and pre-theatre menu, ideal for anyone heading to one of the arts venues in the area. Include this in your list of restaurants to visit in Wales.