The Story Of Roald Dahl 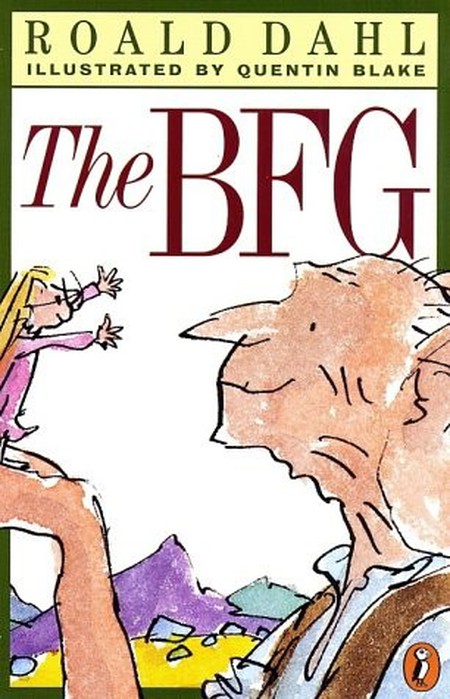 In 2000 — 10 years after his death — Roald Dahl topped a poll as the nation’s favourite author, beating JK Rowling, Jane Austen, Charles Dickens and William Shakespeare. A master storyteller, his irreverent and wickedly funny tales are still read to this day, by children and adults alike, and have sold over 200 million copies worldwide. We look back on the life of the much-loved author, fighter pilot, spy and chocolate taster.

Roald Dahl (1916-1990) was born in Llandaff, Wales to Norwegian parents, Sofie and Harald. Emigrating from Norway in the 1880s, Harald made sure that his homeland continued to play a big part in family life: named after the Norwegian polar explorer and national hero, Roald Amundsen, Dahl was raised as a Lutheran. His first language was Norwegian, which he spoke at home with his parents and sisters Astri, Alfhild and Else, and half-siblings from his father’s first marriage, Ellen and Louis. Summer holidays were spent in Oslo, where his grandparents lived, and on the little island of Tjome — a tradition that Dahl would later continue with his own children. Writing about these trips to ‘the magic island’ in Boy: Tales of Childhood, the first of his autobiographies, he describes idyllic days filled with camping, boating, picnicking and swimming.

Roald inherited a crystal clear and curious intellect from his parents. Sofie, a wonderful storyteller, regaled the children with fantastical tales of trolls that lived in Norway’s dark pine forests. And just like his father (a prolific diary scribbler), Roald kept a secret diary from the age of eight, hiding it in a tin box at the top of an enormous conker tree in the garden — out of reach from his nosy sisters. Dahl’s childhood was, however, not without tragedy. When he was three years old, his eldest sister, Astri, died from an appendicitis. Just a few months later, his devastated father died of pneumonia and a broken heart. 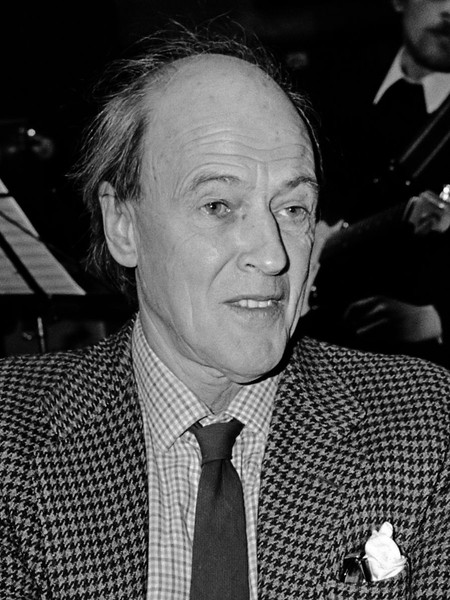 A mischievous child, Dahl was full of energy and skilled at sniffing out trouble from an early age. His earliest memory was of racing to school on his tricycle at full speed, his sisters trailing behind him. When his half-sister’s fiancée, a young English doctor and avid pipe smoker, accompanied the family to Norway one summer, Roald carefully replaced the tobacco in his pipe with goat’s droppings — and then waited gleefully for him to inhale. At the age of seven, he earned a savage beating from the headmaster of Llandaff Cathedral School for his part in The Great Mouse Plot (hatched with three friends, it involved a dead mouse, a jar of gobstoppers and a mean old shopkeeper called Mrs Pratchett). After this incident, Sofie decided it was time to fulfil Harald’s dying wish for his son to receive an English public school education. He was sent away to boarding school — first to St Peter’s in Weston-super-Mare and then to Repton, a private school in Derbyshire.

At Repton the lively and imaginative Dahl — by now over six foot tall — felt stifled by the focus on rigorous academic learning and the ‘rules, rules and still more rules that had to be obeyed.’ Although he excelled at sports, his talent for writing had yet to be recognised, with one of his English teachers remarking in a school report that: ‘I have never met anybody who so persistently writes words meaning the exact opposite of what is intended.’ In Boy, he describes endless grey terms punctuated with sadistic violence as the teachers — and, even worse, the ‘boazers’ (prefects) — ruled with fear. In winter, the younger boys were made to heat up the wooden seats of the outside toilets for the boazers by sitting on them, bare-bottomed. Dahl did this so frequently that he managed to read the entire works of Charles Dickens on the lavatory.

There was, however, one thing that Roald did enjoy about his schooldays, and that was chocolate. Cadbury would send boxes of its confectionery to be taste-tested by the boys at Renton. Dahl imagined a glorious inventing room where grown men in white coats dreamt up ever more fantastical ways of delighting children with sugar. And that was where the idea for one of his most popular novels, Charlie and the Chocolate Factory, was born. This love of chocolate lasted throughout Dahl’s life; as an adult, he kept a special red box full of chocolate bars at home, which would invariably make an appearance every night after dinner. 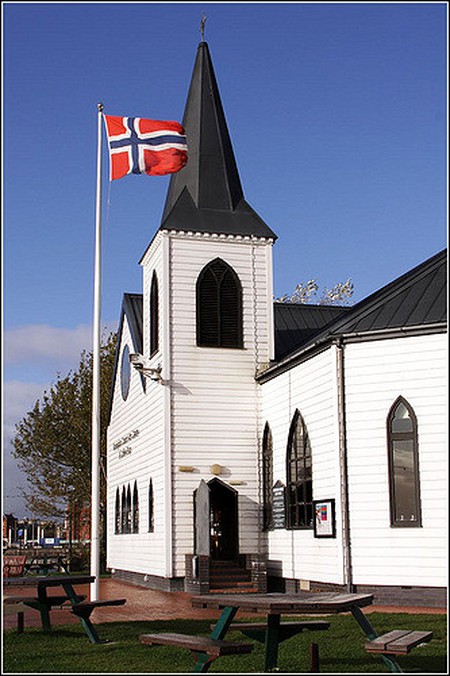 Dahl turned down his mother’s offer to pay for his tuition at Oxford or Cambridge University after he graduated from Renton. Desperate for adventure, he wanted to join a company that would send him to ‘wonderful faraway places like Africa or China.’ And so he took a position with the Shell Oil Company in Tanganyika (now Tanzania). As he reveals in the second part of his autobiography, Going Solo, he got his wish: in between selling oil to customers, he learnt to speak Swahili, lived in the jungle and enjoyed incredible encounters with crocodiles and black mambas.

When the Second World War broke out, Dahl went to Nairobi to train with the Royal Air Force. He became a fighter pilot, flying a Hawker Hurricane and serving in the Mediterranean, until a plane crash in the Libyan desert put an end to this chapter of his career. After six months in hospital he was transferred to Washington, D.C. and made assistant air attaché, advising government representatives — a position he despised after the thrill of battle. He was also recruited by MI6 to supply intelligence to Britain from the US, working alongside novelist Ian Fleming.

It was in Washington that Dahl’s writing career began — after meeting the celebrated novelist C.S. Forester, who was also working to aid the British war effort. Encouraged by Forester, Dahl wrote his first short story about his wartime experiences, which was bought by The Saturday Evening Post for $1,000. He would later recall that, ‘becoming a writer was pure fluke. Without being asked to, I doubt if I’d ever have thought of it.’ Throughout the 1940s and ’50s Dahl continued writing short stories for adults, specialising in macabre tales with a deliciously dark twist. Many originally appeared in American magazines such as Harper’s and The New Yorker, and were later published as anthologies and brought to life on screen.

As his writing career struck the ascendant, the author’s personal life remained turbulent. In America, Dahl had acquired a reputation as a womaniser — tall and handsome, he was also an accomplished flirt and enjoyed numerous affairs. In 1952, he met the beautiful film actress Patricia Neal, marrying her a year later. Although they remained together for 30 years, producing five much-loved children, theirs was a union bound together by tragedy. In 1960, their four-month-old son Theo was struck by a taxi as he was being pushed in his pram. Facing severe injuries, including hydrocephalus (water on the brain), he would spend months in and out of hospital. Dahl, who had been fascinated by medicine all of his life, swiftly took action and collaborated with surgeons to invent the Wade-Dahl-Till valve that would help his son — as well as almost 3000 children around the world. Just two years later, their seven-year-old daughter Olivia died of measles encephalitis and Roald was left devastated. Then in the mid ‘60s, misfortune struck again as Patricia suffered a debilitating series of strokes. Roald imposed a strict regime of rehabilitation, eventually nursing her back to health. 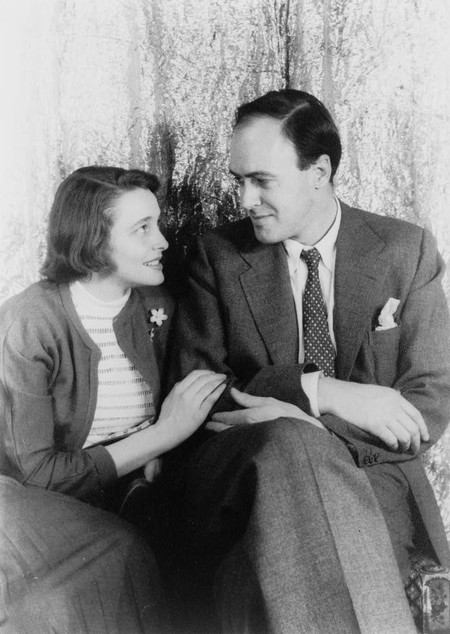 Despite the hardships he endured, Roald never lost his boyish sense of mischief. In the family home at Great Missenden in Oxford, he delighted in making the mundane fantastic — serving pink milk for breakfast or blood-red rice pudding for dessert. At night he would often climb a ladder outside the children’s windows and pretend to blow good dreams through their windows as they slept. This would later become the story of the snozzcumber-guzzling giants, The BFG, Roald’s favourite of all his books.

In the children’s nightly bedtime stories, the seeds of Roald’s children’s books flourished. Beginning with the publication of James and the Giant Peach in 1961, Roald wrote all of these at Missenden in a tiny hut at the bottom of the garden — in long-hand, sitting in a battered old armchair. In 1983, Roald and Patricia divorced and Dahl re-married Felicity Ann Crosland (with whom he’d been having a lengthy affair) quickly afterwards. The last years of his life were happy and prolific ones, in which he wrote his most critically acclaimed books, including The Witches and Matilda.

Roald’s limitless imagination and his ability to see the world through a child’s eyes created some of the world’s most treasured children’s stories. He never forgot what it was like to be a small, scared child in a world of giants. Or how cruel and unjust grown ups could be. And he delighted in transporting children to a world where they could cunningly outwit and exact revenge upon their enemies in the most incredible ways; a world where they could believe in magic.

After becoming ill with a blood disease (myelodysplastic syndrome), Roald Dahl died on 23rd November 1990 at the age of 74. He was buried in Great Missenden with his beloved HB pencils and snooker cues, some very good burgundy wine — and, of course, chocolate. 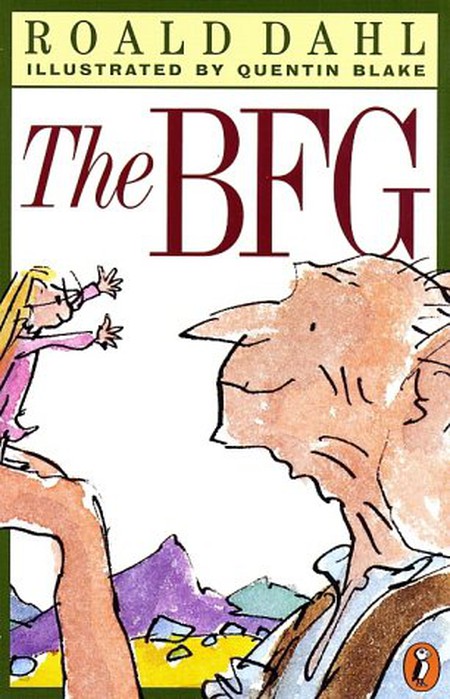