The Story Behind The Arab Room in Cardiff Castle 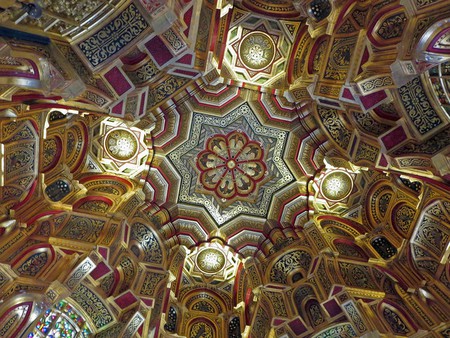 The jewel in Cardiff Castle’s crown is a decadent room with gold leaf ceilings and Middle Eastern influences. Discover the story behind it here.

The Gothic interior of Cardiff Castle is opulent and intricately designed, but its famous Arab Room is on a whole other level. With the hand-applied gold leaf detailing of its ceiling worth about £8 million alone, the room has been called the ‘apogee’ of the designer William Burges’ work.

The room was designed in the 1880s by Gothic Revival architect Burges, who was inspired by his travels to various far flung corners of the globe, but particularly by Moorish design. He also used as inspiration a collection of Arab designs by Orientalist Emile Prisse d’Avennes, which were popular at the time.

The room was one of many examples of the fortuitous 16-year collaboration between Burges and Jon Chrichton-Stuart, owner of the castle at the time and 3rd Marquess of Bute. With Burges’ imagination and talent, and Bute’s wealth and ambition, they manage to create one of the most extraordinary buildings in Victorian Britain. 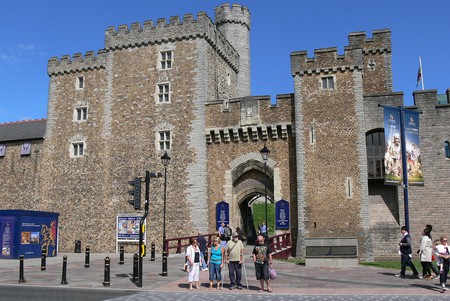 The Arab Room is in the Herbert Tower part of the castle, which Burges built up from a sixteenth-century wing. It was intended as a drawing room for women, which likely influenced the design. To realise his vision of high-vaulted fantasy ceilings, Burges knocked through two upper floors.

It is the show stopping ceilings, likened to honeycomb or a kaleidoscope, that make them the room’s best feature and main focal point but there is plenty else to admire. For example; the delicate carvings, the cornice, the bright colours and fireplace’s marble and turquoise tiles.

The fireplace is in fact where a tribute was paid to the architect, as sadly Burges passed away before the room was finished. Around the edges of the marble reads: “John Marquess of Bute built this in 1881. William Burgess designed it” in Latin. 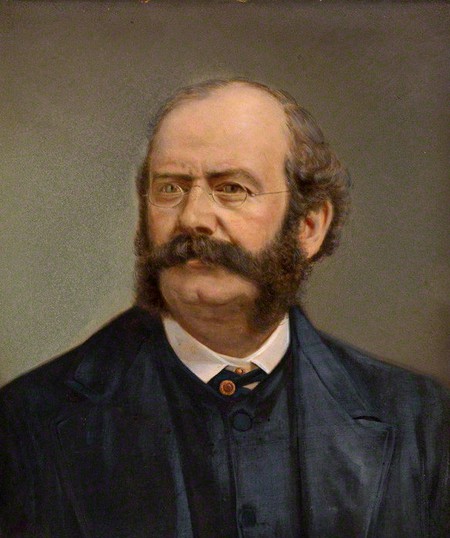 After Burges’ death, his work was continued by his former assistant William Frame. It was Frame who built Cardiff’s beloved Animal Wall, also designed by Burges who left meticulous drawings to follow so his work could be completed. 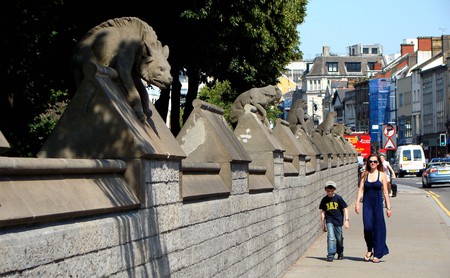