The Most Beautiful Spots in Brecon Beacons National Park 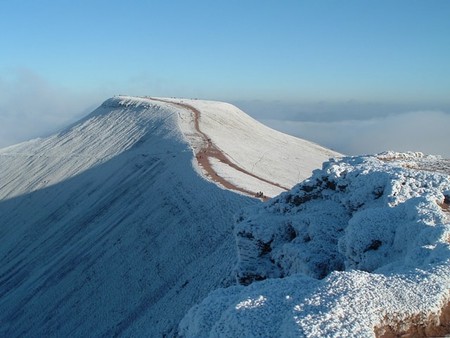 This stunning part of Wales is a key pull for visitors and spans more than 500 square miles of mountains, forest, lakes, attractions, caves and more. Here are some of the most beautiful spots within its boundaries…

Exploring the canal is a heavenly way to spend a few hours. Float down in a hire-boat under leafy canopies and quaint stone bridges, past fields and mountains. This quiet and nature-filled countryside waterway is 35 miles long, running from Brecon to the Pontymoile basin and you can either walk alongside it, or hire a canal boat, kayak or canoe. You’re likely to see plenty of wildlife like dragonflies darting above the water and buzzards and herons and there are plenty of country pubs to moor up at along the way. The route takes in the Llangattock escarpment (see below), the Big Pit Mining Museum and Fourteen Locks Canal Centre. 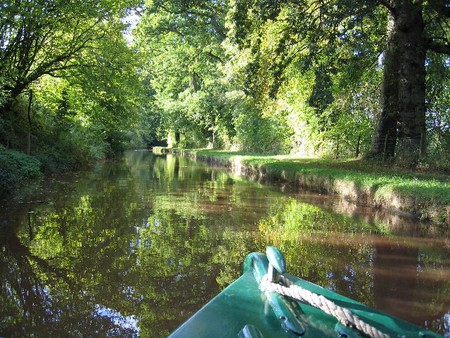 Like something out of The Lord of the Rings, this soft green and strangely undulating land was once a huge quarry where limestone was extracted. It is now a haven for wildlife with amazing views of mountain peaks and Crickhowell village below in the Usk Valley. You’ll see wildflowers, woodpeckers and other birds and frogs in the pools of boggy water.

The ruins of a former Augustinian priory sit in jaw-dropping surroundings in a valley in the Black Mountains area of the park in Monmouthshire. There’s a hotel and pub nestled within it which will make probably the most stunning place you’ve ever sipped a pint. 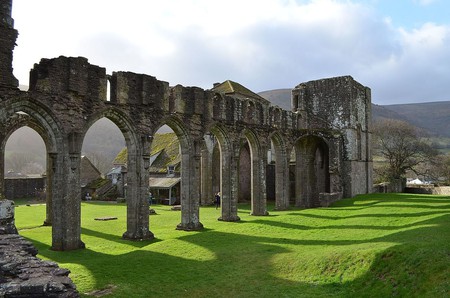 From the town of Talgarth you can visit this beautiful reserve, with oak and ash trees; waterfalls and rivers; birds such as redstarts, pied flycatchers and grey wagtails; bluebells and wild garlic in spring; and if you’re very luck you might even see otters. There are a number of short walks to choose from and the reserve is free to explore. 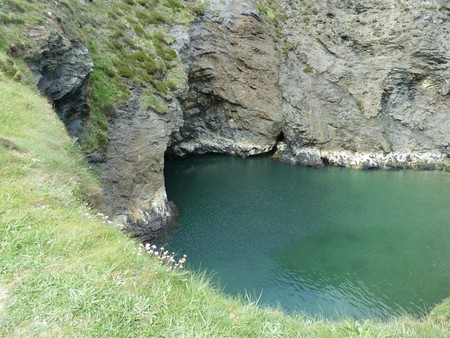 You can see why this is called ‘Wales’ most spectacularly positioned castle‘, sitting as it does on a steep hilltop overlooking rolling green fields and countryside. Rounding the bend as you approach, the huge fortress is a surreal sight silhouetted against a sky which can be seen through windows and arches.

The whole of the Brecon Beacons National Park is a designated International Dark Sky Reserve meaning it has exceptionally low light pollution levels which allow for amazing night time astral displays of constellations, nebulas and meteor showers. It was awarded the status in 2012, making it the fifth destination in the world and the first (but not last) in Wales. One good spot to enjoy the skies is the visitor centre, where you can set up your telescopes and be enthralled. 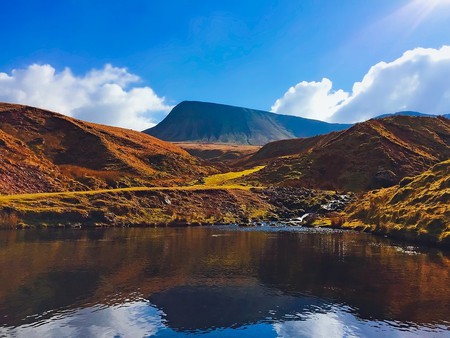 This is a protected Site of Special Scientific Interest. It is the largest natural lake in Wales and a nature spot encircled by hills, meadows and fields. Here you can roll up your trousers and dip your toes in or hire a dinghy, windsurfer, canoe, kayak, stand-up paddleboard, pedalo or rowing boat and get out onto the water. Fishing is also allowed from boats (catch-and-release only and you’ll need a license and permit). Wildlife includes hard to spot otters and water voles, and easier to spot birds such as warblers, swifts and Canada geese. 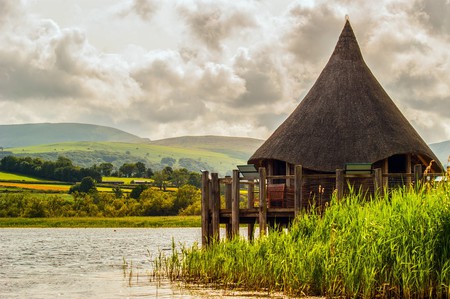 The highest peak in the park offers you awe-inspiring summits and incredible views. There are various routes to reach the top of the 1.5 mile ascent and views encompass south and mid-Wales, the Severn Estuary, the Cambrian Mountains, Gower and Somerset. Its not for the faint hearted – one side in particular is harshly steep and exposed to the elements – but once at the top you have an amazing world to look down upon.

One part of the park at the head of the Vale of Neath is called Waterfall Country for its many cascades. Henrhyd Falls is a 27-metre waterfall, and is a short walk down some steps from the National Trust car park. If you go east through mystical forests you’ll come across the waterfalls created by three rivers – the Mellte, Hepste and Neddfechan. However, the most Instagrammed waterfall is Sgwd yr Eira because you can walk along a path behind the curtain of falling water.