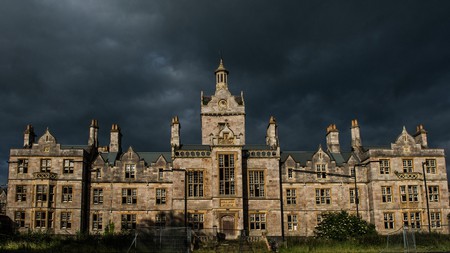 Wales has some extraordinarily beautiful buildings that today stand derelict. Several are thought to be haunted, while others are just the sad legacy of a family or community’s loss, but all come with an amazing backstory. Read on to discover more.

Winifred was a young noblewomen who spurned the advances of a local prince; in retaliation her head was severed and a spring appeared on the spot where it came to rest. Mentioned in the medieval Arthurian poem Sir Gawain and the Green Knight, it is one of the oldest pilgrimage sites in the UK. The waters are said to have healing properties. 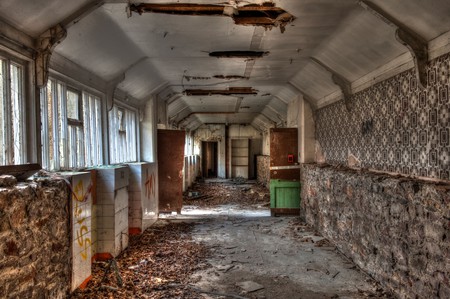 We wouldn’t fancy a nighttime stroll down these corridors. Would you? | © David Parker / Alamy Stock Photo

Once the main psychiatric hospital in North Wales, this ruined asylum is without doubt the eeriest abandoned building in Wales. With reports of ghostly goings-on, screams in the night and strange shadows, it would take a brave visitor to walk through these terrifying corridors after dark.

Located, appropriately, on Chapel Hill in the Monmouthshire village of Tintern, this medieval church overlooks the famous Tintern Abbey. There are many legends associated with its burning down in the 1980s – and some have even mentioned witchcraft as a possible factor. 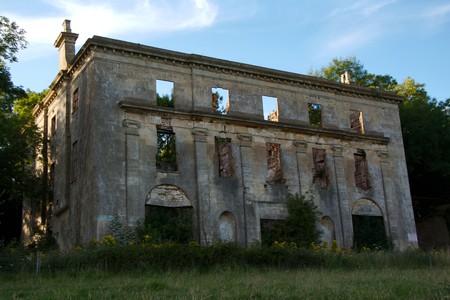 Piercefield House might be a shell of its former glory, but remains a Grad II listed building | © The Photolibrary Wales / Alamy Stock Photo

This once splendid Georgian mansion, now part of Chepstow Racecourse, is certainly one for the eerie list. Once the home of plantation owner Nathanial Wells, whose family had been enslaved, it sat high on a hill above the town overlooking the Severn Estuary until being abandoned when the last owner died in 1921. Ethereally beautiful, it sits a little way off the Wye Valley Walk. Visitors at night cannot help but be spooked by this splendid ruin, while during the day the site is peculiarly silent.

Calcott Manor is known as Red Dress Manor, named after the abandoned red dress of the last owner, which still hangs in the bedroom. This Mid-Wales farmhouse was built in 1725 and abandoned after the last owner died in the 1970s. It appears to be frozen in time, as if the owner just popped out for a few moments, never to return. 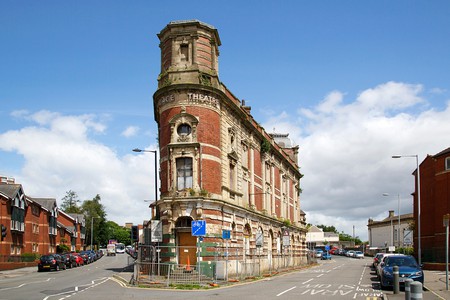 Legendary Welsh actor Sir Anthony Hopkins made his stage debut in this wedge-shaped theatre in Swansea, South Wales. Now virtually derelict, it may look normal from the outside, but within there are eerie sights aplenty. Lily Langtry, Marie Lloyd and Charlie Chaplin all once graced the stage in this creepiest of abandoned theatres.

In the centre of Wales, this abandoned asylum is extremely popular with ghost hunters and paranormal investigators. With disturbing old medical equipment, beds and filing cabinets galore, it’s certain to send a chill down any visitor’s spine, and is particularly terrifying at night. 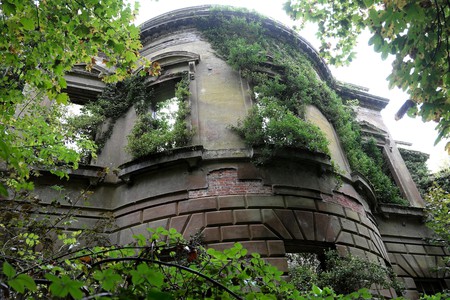 This former ancestral home on the island of Anglesey, North Wales, looks romantic, with ivy-clad walls and elegant architecture. However, this impressive site is cloaked with an eerie sense of sadness. Requisitioned by the government and used as a billet for Polish soldiers in World War II, it has many secrets hidden behind the overgrown bushes and trees that surround it.

This 17th-century castle near Machen in South Wales is an eerily complete shell. Built by the Morgan family of Tredegar House in nearby Newport, the house was abandoned after World War II when a fire gutted the building, and is now a rather formidable shadow of its former self. 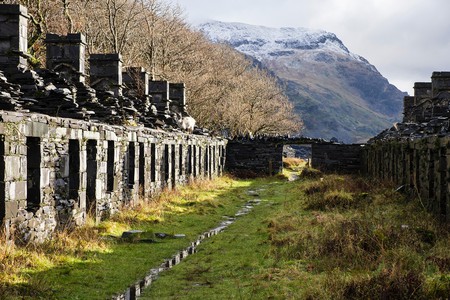 In the heart of Snowdonia, these abandoned workers’ cottages were built of slate, a material that was much quarried in the region. These black-walled, formidable houses were abandoned in 1969 after a great decline in the industry, and the inhospitable countryside made life very hard – but the eeriness of the buildings lies more in their construction than their history.