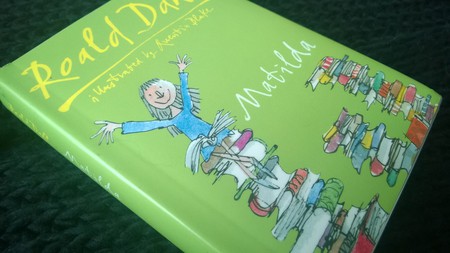 Roald Dahl’s books have enthralled children all over the world for the best part of 50 years, securing his position as one of Britain’s greatest modern writers. Particularly skilled at writing extraordinary villains, Dahl knew how to terrify with grotesque details. Without straying into territories too dark for young audiences, he would appeal to their colourful imaginations and curiosities about adults. His books have sold millions of copies in over 40 languages.

The leader of all the witches on Planet Earth, the Grand High Witch’s job is to travel the world ensuring the witches in each country are performing their duty of destroying all children. She teaches tricks, such as turning children into slugs to be squashed or trapping them inside paintings. Also, she is known to turn children into hot dogs so their own parents can eat them. On her head is a realistic mask that hides her hideous face; it goes without saying she is a merciless, evil woman.

This devilish character from Roald Dahl’s classic film script Chitty Chitty Bang Bang has frightened whole generations of children. The Child Catcher is known to search the streets with his horse and imprison any children who are not at home. Dressed in a yellow cape, he travels around shouting ‘free sweets, free ice cream’ in his odd voice, lures children into his colourful carriage until they are trapped inside, then he pulls away his colourful façade and rides off into the night.

Mr and Mrs Twit are simply horrible people. Mr Twit has a dirty beard full of old bits of food and Mrs Twit’s former beauty has degraded after years of bad thoughts. The Twits like nothing better than to play tricks on each other, continuously trying to outdo one another. Although these two are not the type of people you would like to spend any time with, their antics are hugely entertaining. Some of their most wicked tricks include Mrs Twit replacing Mr Twit’s spaghetti with worms and Mr Twit putting a frog in her bed.

This cheeky chappy is a bit of a rascal, but with a good heart. He is a close friend of James during their trip to America on the giant peach, and a brave optimist who is proud of his many legs. He puts his life on the line to find a compass after his bad directions result in the peach arriving in Antarctica, a detour that doesn’t make him popular with the rest of the crew. While all of the characters on board the peach are fantastic, the Centipede is particularly memorable for his personality, quirky lines and relationship with James.

The Big Friendly Giant is the only friendly being in Giant Country. Every night he blows bottled dreams into children’s bedrooms, refusing to eat them like the other giants. Because of this choice, he must survive on the foul-tasting snozzcumber vegetable, but this isn’t a problem for him as long as he can care for the children he meets. The children he befriends are lifted up onto his shoulder and carried around to other worlds on wild adventures that even they couldn’t imagine.

A classic Dahl villain – large, uncompromising and with a strong dislike of children – it’s a wonder how she landed the job as headmistress. Miss Trunchbull is known to lift up her pupils by their ears and throw them out of the window. Any children that she deems particularly naughty are thrown in the Chokey, a terrible little room just big enough to stand in, with nails and broken glass poking out of the walls. She is every child’s nightmare, a menacing force always present in one place where it’s nearly impossible to hide.

The antithesis to Dahl’s Miss Trunchbull, Miss Honey is a sweet, compassionate teacher. She always has her pupil’s best interests at heart and will go out of her way to help them. She is very poor and lives in a tiny cottage with bare walls and no furniture. Miss Honey is sympathetic to Matilda, whose parents completely neglect her and fail to nurture her profound gifts, so she takes the child in to live with her and to learn how to be great.

Following two successful Hollywood film adaptations, Willy Wonka is possibly Roald Dahl’s most famous character. Draped in purple velvet and a top hat, Mr Wonka is the eccentric owner of the world’s most famous chocolate factory. He loves to excite children with his outlandish sweet inventions, yet is intolerant of selfish or greedy children and will happily teach them a lesson or two. He is a bizarre man who lives in his factory with his beloved candy makers, the Oompa-Loompas, whom he rescued from Loompaland to save from extinction.