Henry Morgan the Pirate: the Story Behind Cardiff’s Most Illustrious Buccaneer 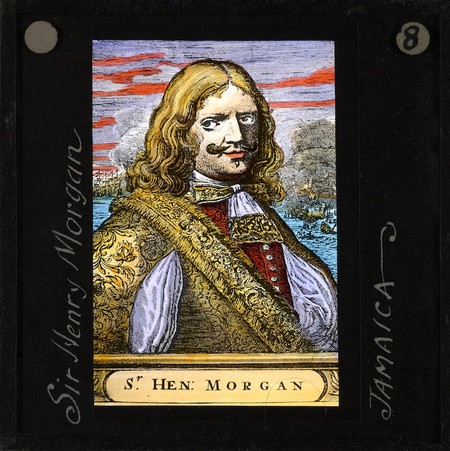 Although portrayed as swashbuckling and romantic, the truth about piracy is rather different, extremely bloodthirsty and rather fascinating. One of the 17th century’s most notorious pirates, who plied his trade in the Caribbean Sea was Henry Morgan and his origins were very much Wales-based.

Born in Llanrhymney, Cardiff in 1635, Henry Morgan’s career was particularly newsworthy. Knighted in 1674, he become Lieutenant Governor of Jamaica under King Charles II. Henry Morgan was from a relatively wealthy background, most likely linked to the Morgan family of Tredegar House near Newport, and by the early 1660s was at the very heart of the privateering network. Sir Thomas Modyford, the Governor of Jamaica, gave Henry Morgan a license to attack and seize Spanish ships, so beginning his career as a privateer. Privateers were licensed pirates – they were lawless yet kept to a very strict pirate code which allowed for a surprising degree of equality amongst the men aboard ship. Theoretically, the booty was divided between the crown and the privateers, although this was often not the case and greed took over. Many privateers became outlaws and were pursued by both their enemy and their country.

The scourge of the Caribbean Sea, Henry Morgan fought in several battles on both the Pacific and Caribbean coasts including Panama City in 1671. Shortly afterwards, in appeasement, Charles II signed a peace treaty with the Spanish and Henry Morgan was formally arrested and returned to London to face trial. On arrival he was treated like a celebrity and greeted by cheers – even the King expressed his admiration. The hero and legend was born. After being knighted he returned to the Caribbean where he took up the role of Lieutenant Governor of Jamaica, and served on the Assembly of Jamaica until 1683. During this time, he faced accusations of cruelty when the memoirs of a former shipmate were published. Morgan brought a libel suit against the publishers and won; however, the damage was already done. Sir Henry Morgan was labelled a cruel pirate and by the time of his death in 1688, his name had become notorious and his reputation was to inspire films, books, ballads and poetry.