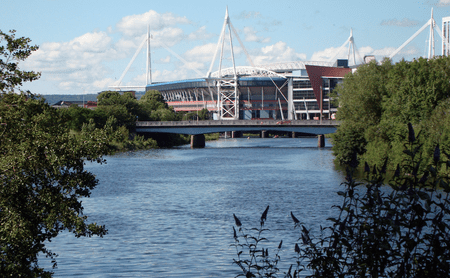 Cardiff is a city with architecture that spans many different styles and forms. However, the city itself is quite compact, meaning it is possible to take it all in on foot. Cardiff has everything some of Europe’s larger cities have, but on a more human scale. To get the best out of your time in Cardiff, it is well worth visiting and viewing some of these wonderful buildings. 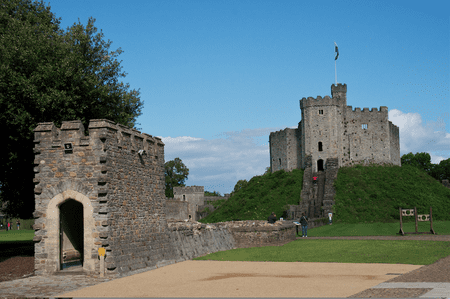 Historical and cultural importance -The original motte and bailey castle was built in the late 11th century by Norman invaders on top of a 3rd-century Roman fort. The Castle was repeatedly involved in the conflicts between the Anglo-Normans and the Welsh, being attacked several times in the 12th century, and stormed in 1404 during the revolt of Owain Glyndŵr. After ownership of a number of families, it was eventually passed on to the city. Following the death of the 4th Marquess of Bute, the family decided to give the Castle and much of its parkland to the city of Cardiff.

Nearby pit stops – Should you want to have something to eat or drink, Revolution, the chain bar and restaurant, is situated directly opposite the Castle gate.

Directions to next architectural landmark – Cardiff Castle to Millennium Stadium

Historical and cultural importance – The stadium is the famous home of Wales’ international rugby side. From 2001 to 2006, the Millennium Stadium also staged the English FA Cup final, and was the first Welsh stadium to do so.

Nearby pit stops – Along the Westgate Street there a number of eateries. One of the finest is Bar 44, a cosy, casual cocktail bar that serves fantastic tapas.

Directions to next architectural landmark – Millennium Stadium to Millennium Centre 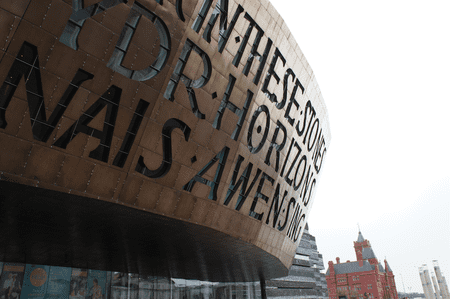 Historical and cultural importance – Alongside the fact all aspects of the building’s architecture are meant to distinctly reflect aspects of Welsh culture, the building hosts a number of important cultural events, from operas to musicals, and much more.

Nearby pit stops – Its location in the Cardiff Bay vicinity means there’s only really one place you want to head up for refuelling – Mermaid Quay. There are loads of places to eat there, so pretty much every cuisine is catered for.

Directions to next architectural landmark – Millennium Centre to Sennedd

Historical and cultural importance – This is the main public building of the National Assembly, the main centre for democracy and devolution in Wales. It is an open building, a building into which you can walk, have a cup of coffee in the Oriel on the upper level, and go into the public galleries from the Neuadd on the centre level. And it is not just visitors that come here to see and enjoy the Senedd; we have also had performers, singers, exhibitions and all sorts of activities going on here, because it is a public building.

Nearby pit stops – Just like the Millennium Centre, its location in the Cardiff Bay vicinity means there’s only really one place you want to head up for refuelling – the wonderful Mermaid Quay.

Historical and cultural importance – With the massive development of the South Wales Coalfield during the Victorian period, Cardiff became a major port. By the end of the period, Cardiff would be the greatest coal-exporting port in the World. As a result, it was also one of the first ports to have a Norwegian sailors’ church. In fact this little Gothic-style church, typical of its kind, is the oldest surviving church in Britain to be founded by the Norwegian Seamen’s Mission and in the past was the centre of Scandinavian religion, culture and tradition.

Nearby pit stops – Just like the Millennium Centre, its location in the Cardiff Bay vicinity means Mermaid Quay is close by.

Historical and cultural importance – The building was a replacement for the headquarters of the Bute Dock Company which burnt down in 1892. The Bute Dock Company was renamed the Cardiff Railway Company in 1897. A coat of arms on the building’s façade bears the company’s motto “wrth ddŵr a thin”, translated as ‘by water and fire’, encapsulating the elements creating the steam power which transformed Wales. The Pierhead then became the administrative office for the Port of Cardiff in 1947. After closure, the building was re-opened in May 2001 as ‘The Assembly at the Pierhead’, which was a visitor and education centre for the National Assembly. The exhibition provided visitors with information on the National Assembly.

Nearby pit stops – Again, head to Mermaid Quay for re-fuelling!