A Brief History of Welsh Rarebit 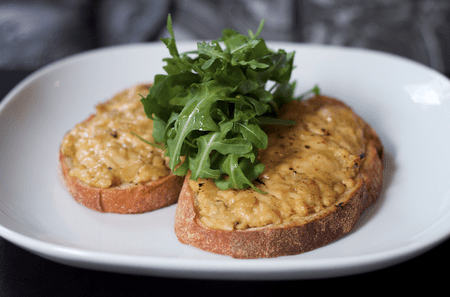 Welsh rarebit is a dish made with a savory sauce of melted cheese and various other ingredients that is served hot after being poured over slices of toasted bread. Now a traditional treat found in the occasion hardy welsh restaurant, Welsh rarebit has humble beginnings – like most things in Wales.

This simple but very popular dish of toasted bread covered in melted cheese and topped with mustard or spices has been popular since at least the 1500s under the name of ‘caws pobi’, which is Welsh for toasted cheese. There is some suggestion that the traditional dish possibly owes its origins to the South Wales Valleys where it was a staple in the diets of Welsh men and women.

Whilst in truth it was probably enjoyed by a large portion of the British nation, the Welsh were seen to have an especial fondness for the gastronomic mixture of cheese and toast. A 16th-century tale tells how God asked Saint Peter to get rid of the Welsh from heaven, as they kept causing a ruckus. Saint Peter stomped outside the Pearly Gates and shouted ‘caws pobi!’, to which all the Welshmen duly tumbled out excitedly, allowing the gates to be slammed shut behind them. 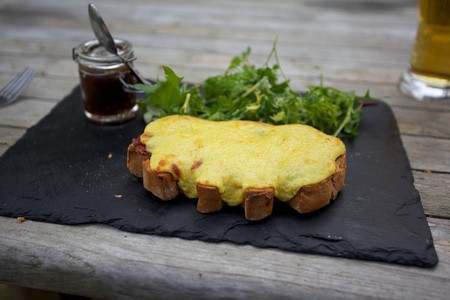 The first recorded reference to the dish comes from 1725, where it was called ‘Welsh rabbit’. This, historians believe, caught on as a joke, but their interpretations differ. In the late 17th and early 18th centuries, the English would often give laughably fancy names to any food or product common to a region or profession.

Use of the term Welsh rarebit began towards the end of the 18th century and became more commonplace as the dish gained in popularity. The name change was probably an attempt to make the name more fitting to the dish and drop some patronizing overtones, according to the Oxford Dictionary.

Today, the dish is enjoyed sporadically throughout the country. It holds a special position in Wales due to its status as a traditional dish, and it now even has its own national day – September 3rd is Welsh Rarebit Day.