8 Reasons to Visit Wales in the Autumn 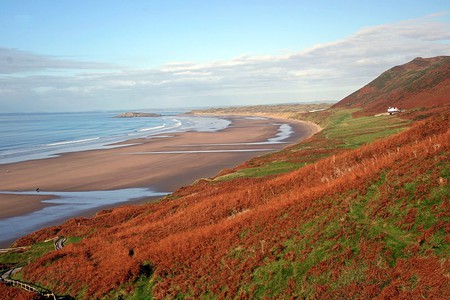 The four seasons all have their own charm in Wales. Winter is atmospheric, spring brings daffodils and bluebells, and summer is green and colourful. But Wales seems to come into its own in autumn. There are walks along moody coastlines, fires at pubs, festivals and cosy cottages in wild and remote settings.

There’s nothing better than arriving at a pub after a long day’s exploring when there’s a crackling fire, hot food and cold pints waiting for you. Wales has some of the best, most picturesque pubs in the world, and never are they more inviting than during autumn. 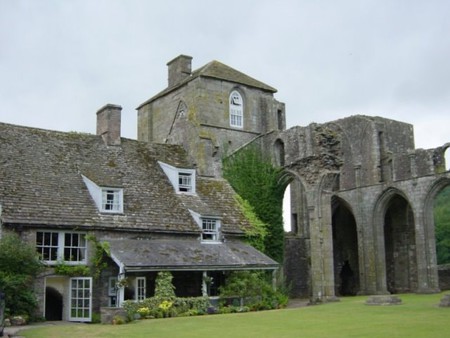 There are a whole five designated Areas of Outstanding Natural Beauty and three National Parks – an impressive number considering Wales’ size. First up, why not head to beautiful Pembrokeshire in West Wales for seals, whales, dolphins and other sea life. You can walk the coastal path and spot dolphins and seals from cliff tops or go on a boat ride and see seals lolling around in bays and on rocks. Autumn on Ramsey Island boasts heathlands in bloom, grey seal pups on its beaches and a wealth of bird life. Trips to Skomer Island run until 31 October. 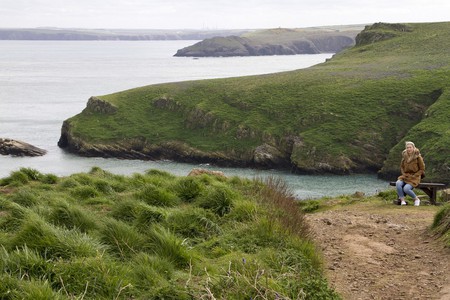 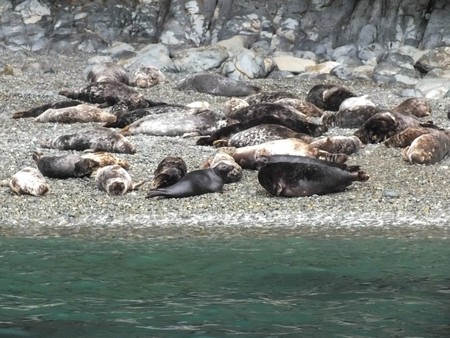 Fallow deers are common in some parts of Wales. See stags battle each other to impress mates during rutting season at Margam Country Park.

Go to the wildlife reserves of Pwllpatti near Hay on Wye (part of the old bed of the River Wye where you’ll find over-wintering wildfowl) and Llanbwchllyn Lake to watch flocks migrate or arrive ready for winter.

Football season starts in August and continues throughout the autumn; the rugby season starts in the autumn, with games taking place in the huge city centre Principality Stadium in Cardiff. It’s strongly recommended you go to a match there to soak up the amazing atmosphere. Autumn is when a lot of road running takes place in Wales too. There’s the Sandman Triathlon in Anglesey in September and the The Cardiff Half Marathon in October. Plus there’s The Festival of Running.

For racing thrills, head up to North Wales to watch the Wales Rally GB. It’s the penultimate round of the FIA World Rally Championship and runs for four days.

Autumn is when most of the food festivals are held. This means stalls galore of delicious things to buy or try. Wales’ specialities include strong cheddar cheese, ales, seaweed in the form of something called laverbread and seafood caught of the coast.

October is oyster season. If you’re a fan, head to Anglesey Oyster and Welsh Produce Festival. Other festival highlights include Sŵn (sound in Welsh), a music festival in Cardiff; Festival No 6 (music, art, culture) in the stunning, eccentric Italian-style village; The Iris Prize – an LGBT film festival; and The Elvis Festival in Porthcawl.

Stroll through woodland parks and rolling countryside for scenes like these: 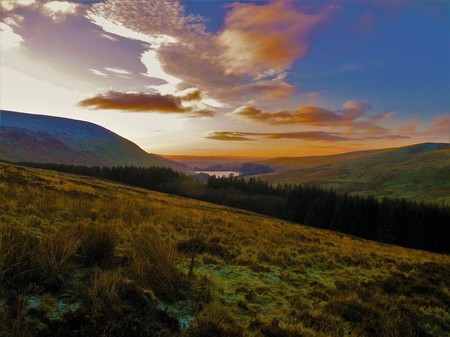 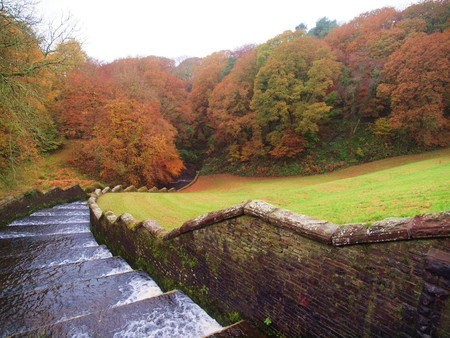 There are a whole host of walking festivals where you wander around areas of natural beauty admiring historical points of interest, scenery and the turning leaves of gold, rust and red. To name but a few, there’s Corwen Walking Festival in the Clwydian and Dee Valley Area of Outstanding Natural Beauty, the Wales Valley Walking Festival with walks (including one around the Blaenavon World Heritage Site) and The MonDean Walking Festival, which offers walks ranging from 3 miles to 20 miles. A list of all the walking festivals can be found here.