12 Reasons Everyone Should Visit Wales at Least Once 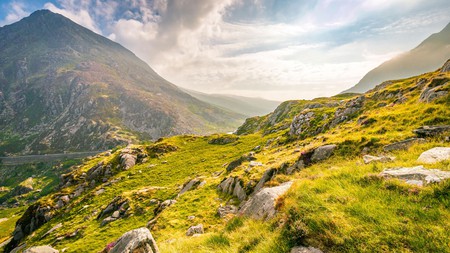 If you love hearty food, the great outdoors, cosy pubs, and discovering new cultures and old traditions then Wales will be great value for your time and money. In truth, the reasons to visit Wales amount to more than a dozen – but we’ve done our best to narrow it down for you.

Looking for a real Welsh adventure? Join Culture Trip on an action-packed five-day trip to North Wales – you’ll be guided by a local along hiking trails in Snowdonia and atop rocky coastal paths in Anglesey – with plenty of heart-racing activities to enjoy along the way!

The language and song

Wales of course has its own language – Welsh – which today is spoken or used by more than one fifth of the population. You’ll hear Welsh spoken in more rural parts of the country, where it is some people’s first language, and on the radio and Welsh TV channels as well as seeing it on the road signs. One sign to look out for is a place called Llanfairpwllgwyngyllgogerychwyrndrobwllllantysiliogogogoch… a town in North Wales with the second longest place name in the world. Wales’ nickname of ‘the land of song’ is reflected in the sing-song sound of the language. There is a strong tradition of singing in the country, which can be enjoyed today through choirs, operas, singing festivals such as Gymanfa Ganu or at an eisteddfod – a Welsh festival of literature, music and performance, a tradition which dates back the 12th century. 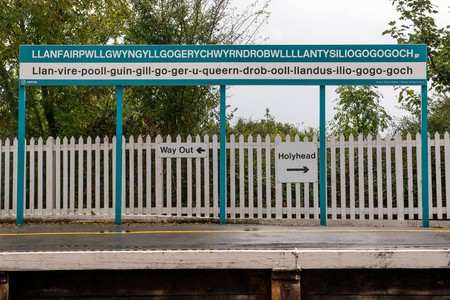 The green rolling hills and atmospheric scenery of Wales have inspired many. The landscape is wild, rich and beautiful with plenty to explore. There are the pristine lakes and rivers, the mountains to climb, such as Snowdon, the world-class beaches and the coastal paths. Then there are the Areas of Outstanding Natural Beauty, of which Wales has five, the 74 nature reserves and the three national parks. That Wales has all this and is still a relatively small country will give you some indication of how richly green and scenic it is. 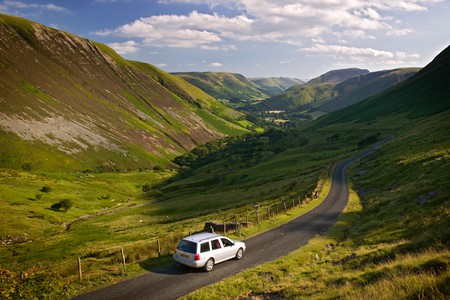 If you know where to look, Wales is teeming with wildlife. There are dragonflies and butterflies at the many lakes and gardens, and on the coast you have starfish, crabs and other sea creatures in the rock pools, and dolphins, seals and porpoises in the water. It’s a great bird watching destination too, with one of the most unforgettable activities you can do being a trip to Skomer Island off the Pembrokeshire coast between April and September. There you’ll see hundreds of puffins wandering around (they aren’t particularly afraid of people so you can get quite close) as well as a wealth of other birds and wildlife on this flower-carpeted island. 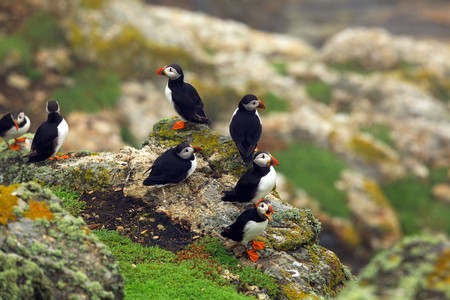 The food and drink

Forget France, Wales is home to some award-winning cheeses, from strong, creamy cheddars to goat’s cheese and special varieties such as Perl Las and Caerphilly. Passion for cheese is perfectly demonstrated with the famous Welsh snack rarebit: cheese sauce on toast. Other delicacies worth traveling to Wales for include glamorgan sausages (made of cheese and leeks – the later of which is, incidentally, the national symbol of Wales), Welsh cakes (preferably straight from the hot plate), laverbread (made from seaweed) and cockles. Wales is also well-known for craft beer and ales, which go perfectly with the tradition of great pubs. Surprisingly there are also some great wines being produced on Welsh soil too, as the UK wine market booms. 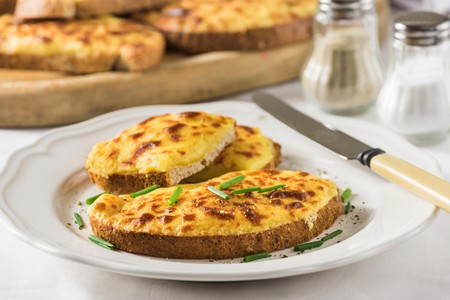 The myth and legends

The land of castles and dragons, the heart of Welsh culture is found in its myths and legends. What many don’t realise is that old Welsh tales such as those of The Mabinogion were the basis of countless stories, the origin of characters such as Merlin and Arthur and books including JRR Tolkien’s The Lord of the Rings (Elvish was based on Welsh). These stories are all there to explore with re-tellings and performances around the country. With the flag even featuring a dragon, your visit to Wales is sure to be filled with a sense of magic. 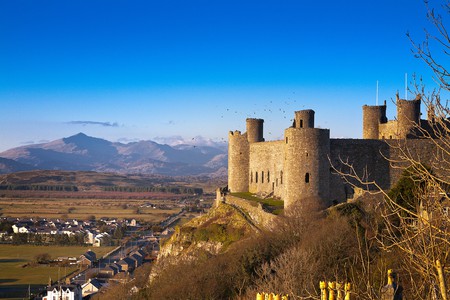 No trip to Wales would be complete without a tour of the incredibly charming pubs where you’ll find live music, great food, top quality ales and the warmth of the Welsh people. Going for a walk along the stunning coast and spotting wildlife before ending your day by the fire in a pub can’t be beaten. 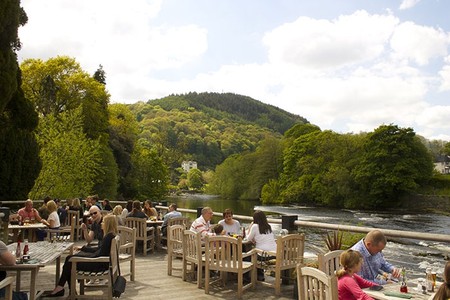 The Corn Mill, Llangollen, is one of the finest places for a pint in Wales | Courtesy of the Corn Mill

The people and hospitality

The Welsh are known for their sense of humour and hospitality. You’ll find a warm welcome and interest in where you come from at most places. They’re also lots of fun, and this is best demonstrated by going to a rugby match at the Principality Stadium. The atmosphere is guaranteed to be electric and you’ll soon find yourself singing along to a passionate rendition of the national anthem with the locals. It’s also a relatively safe country to visit: as long as you take the advice of the guide books and avoid the dodgy areas, you’re unlikely to experience any trouble.

Whether their team is expected to win or lose, sport fans flock to Wales – Cardiff in particular – to soak up the atmosphere at the large central stadiums. Cardiff is a sport fan’s dream with cricket, rugby and football stadiums all in close proximity or right in the middle of the town centre. This means the city is geared towards sport in a way other cities aren’t, ensuring you’ll have a great experience whether you’ve got tickets to the match or not. 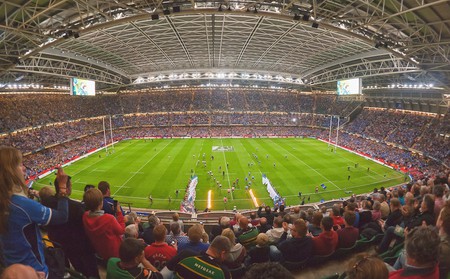 National pride is fought for on the green, green grass of the Principality Stadium | Courtesy of Visit Wales

Wales is now a top destination for adventure activities and holidays, with excellent facilities and centres that provide everything you need. Try zip lining through tree tops, abseiling, coasteering, hiring bikes for a scenic ride, surfing, hiking up a mountain or going on a guided cave tour. Then there are the water sports, such as kayaking down rivers, sailing, kitesurfing, white water rafting and even scuba diving. Many of these activities are packed into our five-day trip to North Wales, led by a local and experienced guide. 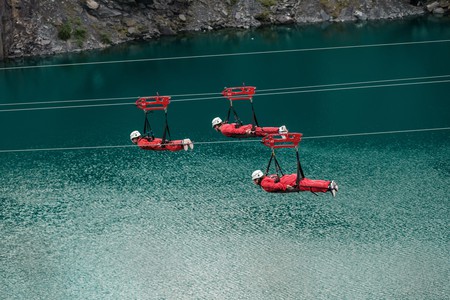 With the option of entire walking holidays or simply well-marked routes that can be finished in an afternoon, Wales is well built for the hiking enthusiast. While some complain Wales doesn’t exactly have a tropical climate, the temperate conditions make it perfect for a rousing walk where you’re unlikely to overheat and the lack of deadly creatures makes it a safe place, too. There are vast expanses of countryside to explore, plenty of pubs on the way to rest tired legs, mountains to ascend and coastal paths to follow. All in all a Welsh walking holiday is a once in a life time experience. 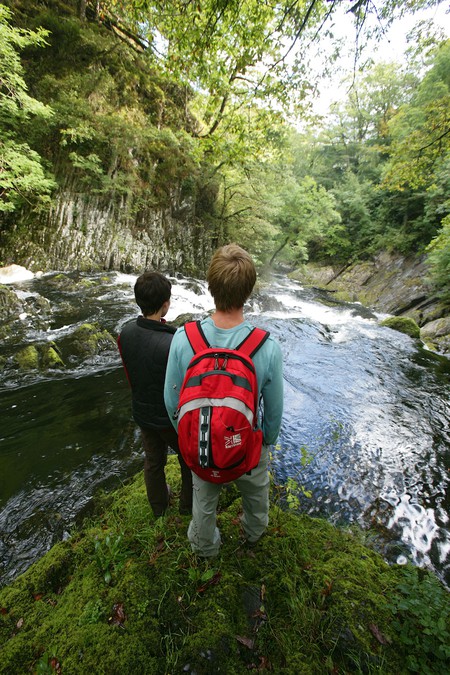 The beaches and coastline

Wales has some of the best beaches you’ll find anywhere, with several named among the best in the world. There are sand beaches beside pristine blue-green waters, dramatic rocky stretches backed by lush marshes, surf-friendly waves, coasts with a seaside holiday feel (yes, with rides and ice cream parlours), and plenty that are peaceful, secluded and unspoilt. Then there’s the rugged coast line, such as that along Pembrokeshire. Walking its grassy, flower-lined paths will give you incredible views over the sea and cliffs, with the chance to see diving gulls, seals and dolphins in the water below. 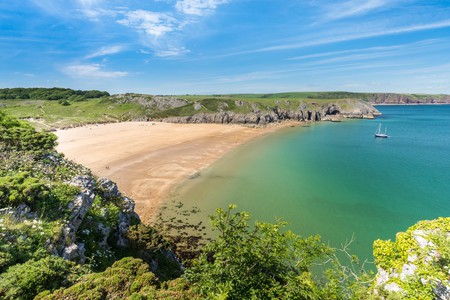 The lack of light pollution means several locations in Wales have been awarded International Dark Sky Reserve status. The first was the Brecon Beacons National Park, which was only the fifth in the world to be given this status, followed by Snowdonia National Park and the Elan Valley in mid-Wales. This means Wales is the perfect place to observe the night sky and ponder the universe – with the real chance of seeing shooting stars, too. There are also places with Dark Sky approval which will help you to get the most from the clear skies, such as the National Botanical Garden of Wales or the little Stargazer’s Retreat near Pen y Fan, which has a computerised telescope and an observatory. 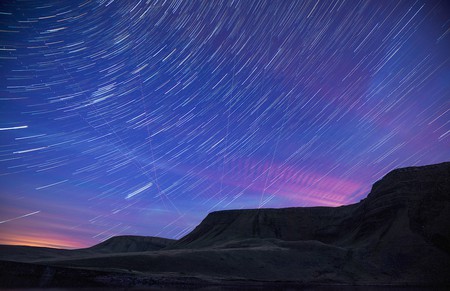