11 Welsh Artists You Should Know About 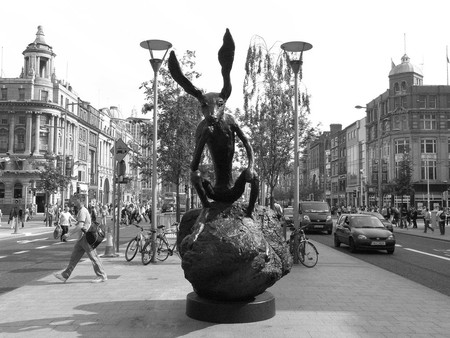 Wales has a thriving art scene with plenty of interesting arts events going on and inspiring galleries to visit. There’s also a strong history of great art in the celtic country, with many artists being inspired by the incredible landscapes and natural wonders it has to offer. If you’re interested in art or Wales, here are the Welsh artists you should know…

Sir Kyffin Williams is probably the most famous landscape painter of the 20th century. He took up art on the advice of a doctor who said it would help him deal with his epilepsy. His work centres around Welsh landscape scenes, typically rendered using thick layers of paint, and is displayed at a permanent exhibition at Oriel Ynys Môn, Anglesey, as well as at many other prestigious galleries around the UK. His works are held in many public collections. He has a huge amount of accolades to his name: he was awarded an OBE for services to the arts in 1982, followed by a KBE in 1999. The Oriel Kyffin Williams gallery was named after him as was The Kyffin Williams Drawing Prize.

Shani Rhys James MBE is a Powys-based painter with many accolades and awards to her name. Although born in Melbourne to a Welsh father and an Australian mother, she has lived in rural Wales for over 30 years. Rhys James studied at the Loughborough College of Art before graduating from Central Martins School of Art in 1976. She has been called “arguably one of the most exciting and successful painters of her generation”. She was appointed Member of the Order of the British Empire (MBE) for services to art in 2006.

Cerith Wyn Evans was born in Llanelli and is a critically-acclaimed conceptual artist, sculptor and film-maker. He’s best known for his striking light installations. He began his career making experimental films but since the 90s moved onto sculpture, often using light in various ways. Wyn-Evans represented his country in its first Pavilion at the Venice Biennale and paid tribute to history by beaming an early 18th century Welsh text, Gweledigaethau y Bardd Cwsc, into the Italian sky. 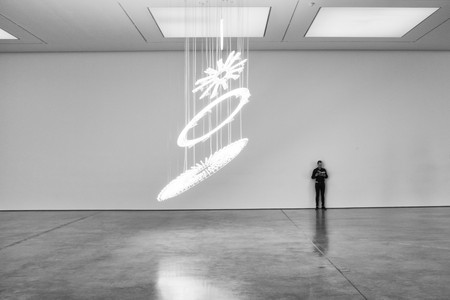 Morris was a painter born in Swansea. Inspired by his surroundings in the Welsh valleys, he painted landscapes but is also known for his portraits and paintings of flowers. In addition to being an artist, he was a passionate plantsman and gardener. His painting style is colourful, detailed and instantly recognisable. 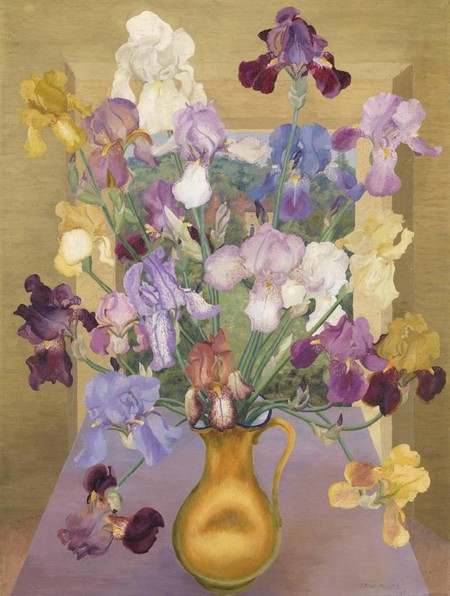 There’s a lot of humour in Bedwyr Willian’s work, which he often combines with stand-up comedy. Born in 1974 in St Asaph, Williams works with multimedia, performance and words to explore and highlight mundane aspects of modern life. He’s also interested in dystopian futures, pairing them with ‘absurdist humour or banal observations’. Williams is also a former Becks Futures finalist.

Painter Elfyn Lewis won the National Eisteddfod of Wales Gold Medal for fine art in 2009 and a year later was crowned the Welsh Artist of the Year. Lewis was born in Porthmadog and now lives in Cardiff‘s Grangetown area. His work is colourful and abstract, with a focus on landscapes. In his own words his work is “layered time after time until the upper layer explodes and transforms from its volcanic creation into a vivid landscape.”

Barry Flanagan was best known for his iconic bronze hare sculptures. He was born on 11 January 1941 in Prestatyn, in north Wales. He first studied architecture before changing to study sculpture at Central Saint Martins in London. His hare statue Large Left-Handed Drummer has been on display in Union Square, New York City, park; Large Mirror Nijinsky (featuring two hares), can be found at a sculpture park in Cologne. His work has also been displayed at the Tate, at an exhibition by Sotheby’s at Chatsworth House in Derbyshire, and in various parkland settings. 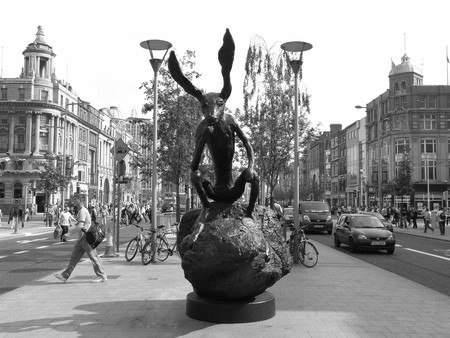 Gwen John lived in the shadow of her artist brother Augustus, but as he himself predicted, he would later be known as Gwen John’s brother as she became the more critically acclaimed of the two in time. John led an interesting and varied life, moving to France, meeting the other great artists of her era such as Picasso, Matisse and Rainer Maria Rilke and having passionate love affairs, including a relationship with sculptor Auguste Rodin. Her work is mostly in the form of portraits of anonymous women seated, painted from about the knees up and usually with their hands in their laps. 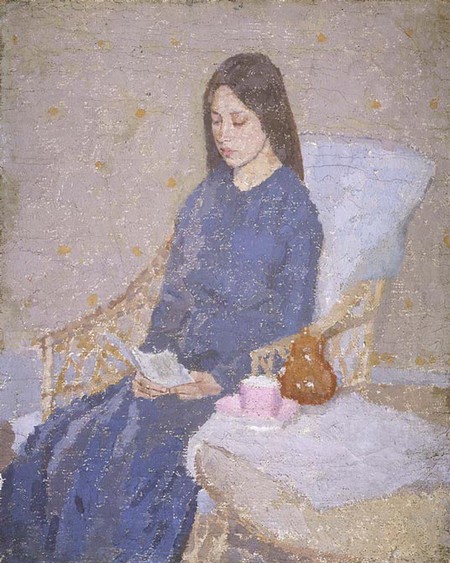 Burton-Richardson is one of many artists to use the Welsh valleys as inspiration for their work. After struggling with depression and mental health issues throughout his life he completed the collection he called ‘The Psychiatric Works”, upon the suggestion of a psychologist who urged him to paint his demons. It can be seen at Pembrokeshire MIND where it is on permanent display.

John enjoyed a huge amount of success in his lifetime and during the twenties was a leading portrait painter in Britain. He painted many accomplished figures including Thomas Hardy, W. B. Yeats, playwright George Bernard Shaw and perhaps most famously, Dylan Thomas. His powers are said to lie in his ability to capture something elusive – and at times unflattering – about his subjects. Allegedly, Lord Leverhulme was so displeased with John’s portrait of him he cut out the head. 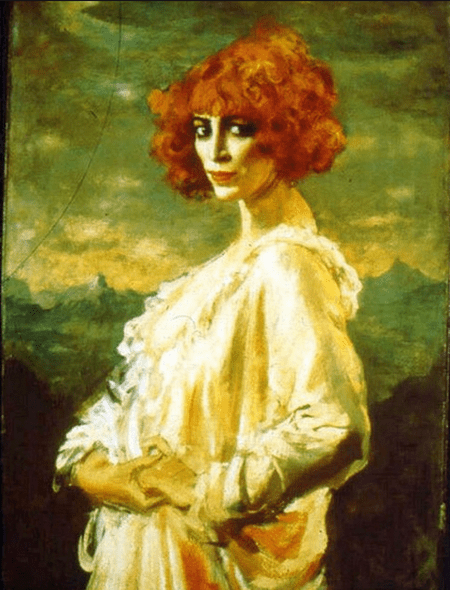 Marchesa Casati by Augustus John | © Creative Commons
Give us feedback