11 Reasons Why You Should Date a Welsh Person 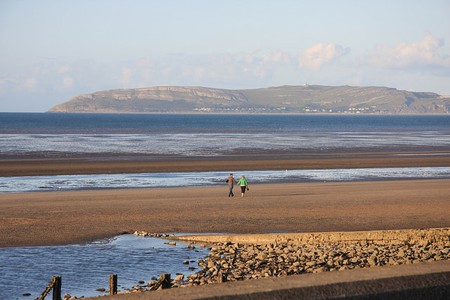 The Welsh word Hiraeth doesn’t have an exact English translation, but it refers to a sense of grounding and belonging—you can take the Welsh out of Wales, but you can’t take Wales out of the Welsh. The Welsh work hard and play hard, so if you’ve ever thought about dating a Welsh person, here are the things you need to know.

They Invented the ‘Cwtch’

To cwtch, to have a cwtch, to spend a cwtchy evening—anyone who has dated a Welsh person will certainly know this multi-use word, as there’s nothing so Welsh as a ‘cwtch’. Technically, it’s a cuddle or hug, but to the Welsh it’s so much more. Cwtching up on the sofa in front of the television for an impromptu night in is a dating rite of passage in Wales. It’s that feeling when you try and snuggle for a few minutes after the alarm goes off, or wrapping up in scarves in the winter and drinking hot chocolate from flasks on a hillside. 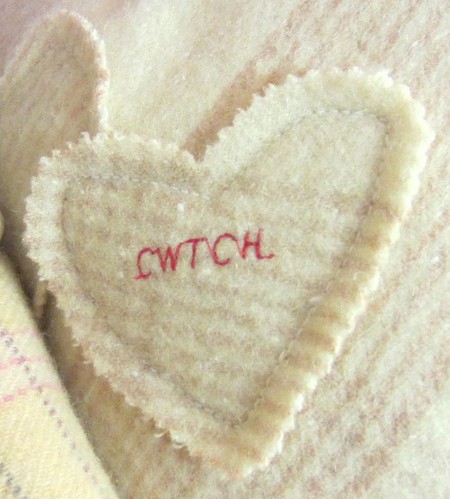 Wales has given us Tom Jones, Charlotte Church and Bonnie Tyler, as well as many fabulous choirs. What’s more attractive than dating someone who can serenade you? The Welsh are known across the world for their musical talents, and they can surely only help on those cringing karaoke nights out with friends. Whether joining in with the national anthem at the rugby or singing in a band or choir, the Welsh have got it sussed.

They’ll Take You Home to Mam

Mam (mother) is the most important person in a Welsh family. Wales is historically matriarchal, and Mam’s word is sacred. She judges prospective partners, and if she’s not a fan, life might be rather difficult. However, she can be one of your greatest allies. You’ll meet Mam once the relationship gets serious, often over Sunday lunch or dinner or maybe with a nice cup of tea, but it will almost always be on her home territory. If she likes you, don’t be surprised if she asks you to call her Mam too. If not, you’ve been warned! 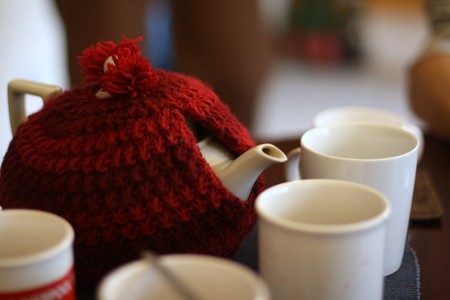 Who Can Resist a Welsh Accent?

There is something incredibly romantic about the gentle singsong lilt of the Welsh accent, as anyone who has had cariad (darling) whisper into their ear in a moment of seduction can tell you. Famed for his voice, the great actor Richard Burton even wooed Elizabeth Taylor with the soft round accent of his homeland.

Michael Sheen, Catherine Zeta-Jones, Anthony Hopkins, Rhys Ifans are internationally renowned Welsh stars of film and stage. Wales itself is like a theatre. When you visit a Welsh family home, it’s buzzing with laughter and stories, and everyone has a larger-than-life family member who is usually the centre of the drama. The Welsh are passionate, they’ve spent decades fighting for their rights and identities. This thread of rebelliousness is really rather sexy—the animation of a Welsh person whilst defending their corner is akin to chivalry.

The Welsh are rather touchy-feely. They’ll hold your hand in public, and you’ll always have a protective arm around you when you head out on dates. Welsh woman are known for their passionate nature, and men and women alike go that extra mile and put in the effort for their partner. They’ll bring a bunch of flowers, a bottle of champagne, get tickets to a concert, or even just take care of the little things, such as the washing-up. They have a genuinely caring nature and will put you first.

They Love Their Food

What would a date be without a good meal? The Welsh love their food, and they’re not frightened to order hearty dishes. Welsh food is rich, wholesome and earthy. The stereotype of chips with everything couldn’t be further from the truth. After all, who doesn’t love moist, pink Welsh lamb chops, fresh shellfish and Italian ice-cream, a legacy leftover from the Italian immigrants who settled in South Wales more than 100 years ago? 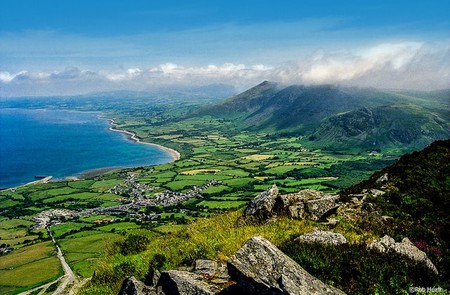 They Have the Most Romantic Spots

Wales has mountains, rolling hills and long swathes of deserted beaches. There are ruins to shelter from the weather and plenty of hidden fields and valleys to take a picnic and a blanket and make the most of the often deserted countryside. Whether looking down onto Three Cliffs Bay, surveying the Brecon Beacons from the top of Raglan Castle, losing yourself on the wild western coastline or sitting in a sun-drenched field as summer concludes, there is romance everywhere.

They’re Down To Earth and Loyal

The Welsh are extremely loyal, so don’t be surprised if you skip the ‘just seeing each other’ side of a relationship completely. It’s all or nothing; they wear their hearts on their sleeves and will defend their loved ones at all times. This loyalty extends to their family—you marry a Welsh family, not a Welsh person. You might even get a love spoon, a traditional gift that represents commitment. They were historically given as engagement rings in rural communities.

They’re Not Backwards in Coming Forwards

If a Welsh person is interested, you’ll know it. They are chatty, engaging and very flirtatious. No timid glances across a bar; it’s straight over with the life story, and before you know it, you’re on your first date. Taking it slowly is not in the vocabulary. If a Welsh man asks you to the rugby, you know you’re in. If a Welsh girl asks you for a night with her friends, you go, no questions, but be prepared for an interrogation. The Welsh have close-knit groups of friends, often formed in childhood, who look out for one another and can be very vocal.

They’re Really Just a Bunch of Romantics, as Their History Shows

A land of princes and dragons will always have its romantics. The stereotypical image of the Welsh—dark hair and eyes, rather sturdy and courageous—stems from these myths and legends. Princesses are rescued, and knights battle for good. St Dwynwen’s Day, Wales’ version of Valentine’s Day, is on 25th January. St Dwynwen, the patron saint of lovers, has a sad story. Denied her true love, she eschewed relationships and became a nun. You can visit her church on Llanddwyn Island on Anglesey.