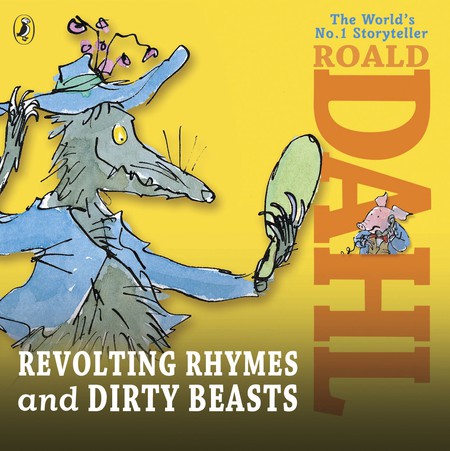 We all love Roald Dahl, and loved him as a child. Most of us will justify our love for him by citing a famous story of his, maybe ‘Matilda’ or ‘Charlie and the Chocolate Factory.’ Those are both amazing, but Roald Dahl was not so well-known and loved for merely two tales. His work for children and adults constitutes almost a genre of its own, thanks to Dahl’s unique mix of humour, surrealism, and unpredictable twists. Any real fan of Dahl must move ahead from his more well-known books and stories and give this list of under-appreciated books a go!

Danny is a young boy who lives with his widowed father, William, the best father in the world, in a gypsy caravan. William fixes cars but as Danny later discovers, his father is also sneakily poaching pheasants from the land of the rich man in town, Mr Hazell. Danny and William eventually discover that Mr Hazell is planning his annual pheasant-shooting party (only the rich and nobility are invited, of course) and they decide to interfere with a plan of their own that will most definitely change the course of events. The characters in this book are bursting with emotion and description — they are sure to come alive across the reading of this humorous and fun story. 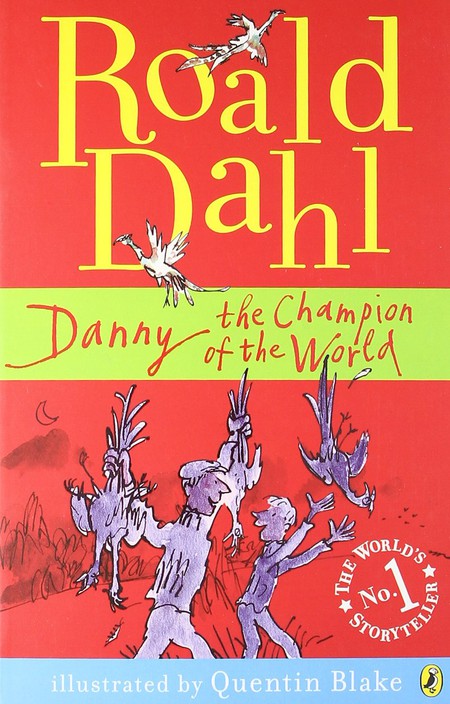 Danny, the Champion of the World, Roald Dahl | © Puffin

This, like most of Roald Dahl’s books, is a ridiculous yet highly entertaining story about a boy named George who is often left with his maternal grandmother as his parents go about their lives. His grandmother is a nasty, rude, and commanding old woman who likes to scare George by pretending she is a witch, and forcing him to eat insects. George wants an exit from this situation and decides to replace the medicine his grandmother always takes with one of his own making that will hopefully take care of the woman for him. That it does, but in ways he could not have predicted; this tale will make you laugh out loud as Roald Dahl plays with his ability to create the bizarre, yet endearing. 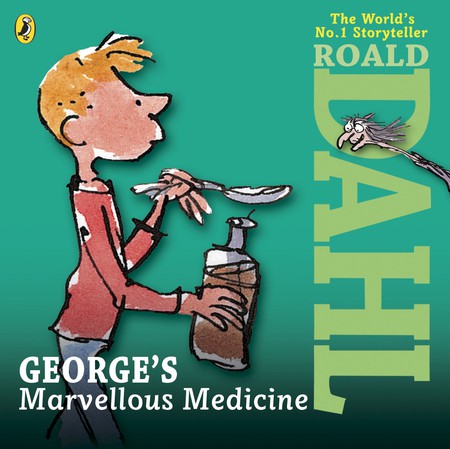 This underrated story is one of the foremost examples of Dahl’s capacity to spin an engaging novel out of a series of fantastical premises: Billy is the protagonist, and he has always dreamed of one day owning a sweet shop, specifically with eyes on an abandoned building nearby called ‘The Grubber’ (old English for ‘sweet shop’). One day he notices that the building has been cleaned up, and upon investigating he meets the members of the new Ladderless Window-Cleaning Company: a giraffe with an extendable neck, a pelican, and a monkey that constantly dances and speaks in rhymes. They have just emigrated to England and are struggling to adjust with each of their unique diets. Billy befriends the animals, and they team up to clean the 677 windows of the house of the Duke of Hampshire’s, a quirky old man. Once there, of course, the plot thickens and the animals’ bravery and teamwork is tested. Drop your preconceptions on how animals should act, and don’t miss this wonderful children’s tale! 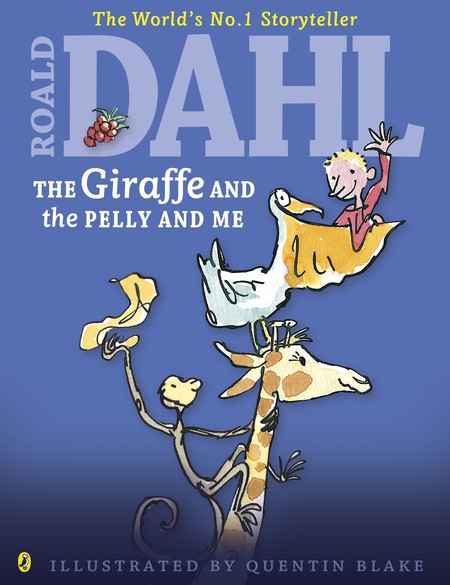 The Giraffe and the Pelly and Me, Roald Dahl | © Puffin

This is a unique story for two reasons: firstly, it is the only children’s book by Roald Dahl that is not illustrated by Quentin Blake, but instead by Patrick Benson, who is also uniquely talented in bringing the story to life; and secondly, it is considered Dahl’s final work, published after his death. This story centres around Little Billy, who lives with his mother near the Forest of Sin. He is not allowed to enter it and is told about all of the dangers that lie within, such as Hornswogglers and Snozzwanglers, but worst of all is the Terrible Bloodsucking Toothplucking Stonechuckling Spittler, characterised by the smoke that comes out of his nose. Little Billy believes, however, that these monsters are not real, and so he decides to venture into the forest. There he encounters a series of unexpected creatures, whether they be monstrous creatures or small tree-climbing friends, the Minpins. This lovely little story does not stray away from the scary, but instead manages to understand children and their impatient imaginations within a more realistic and balanced setting. 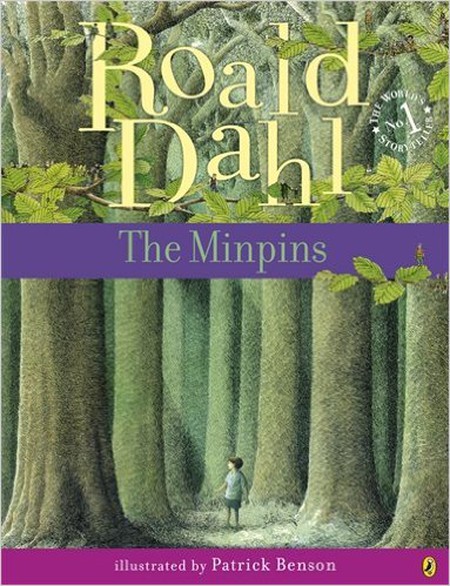 This collection of short stories reveals another side to Roald Dahl apart from his well-known children’s books: his macabre and humorous tales. This collection features such classics as ‘Lamb to the Slaughter,’ where a woman kills her husband with the leg of a lamb and then feeds it to the investigators; and ‘Dip in the Pool,’ about a man who jumps off a ship so as to not lose a gamble. Each of the stories is bizarre in its own way and short enough to be read in one sitting. This collection is geared more for adults, but its ridiculous humouristic elements are maintained from the children’s books. 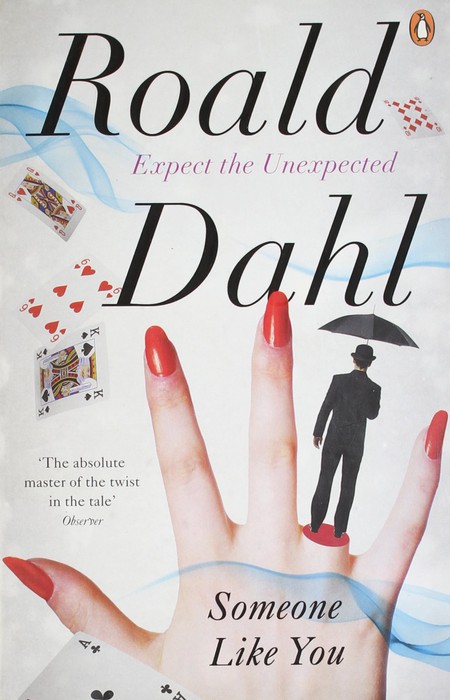 This is another collection of short stories with the kind of unique material that only Roald Dahl can produce. There are 11 stories covering a variety of topics, including sex-obsessed priests, brains with extended lives, and taxidermy. In one, an antiques dealer from Chelsea dresses up as a pastor to convince people to donate their furniture to him and his Society for the Preservation of Rare Furniture. Another concerns the birth of Adolf Hitler. But all of them are once again an invitation into the fascinating mind of the author; every story has its own set of twists and the meaning of each is impossible to understand until even the very last sentence. 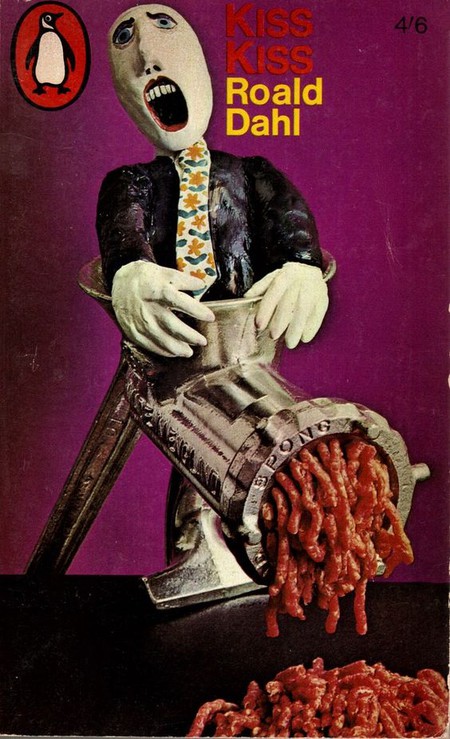 This collection of short stories, initially written for Playboy, could not seem more different in content than the children’s books Roald Dahl usually wrote. There are four stories in the collection: ‘The Visitor,’ ‘The Great Switcheroo,’ ‘The Last Act,’ and ‘Bitch.’ All of them are focused around the theme of sexual desire. The stories are straight-forward in their language about sex but they are unpredictable in what happens to the characters, both those seducing and those being seduced. Ultimately, this collection is just an entertaining — and very short — read. A less appealing aspect of this book to some is its tendency to be sexist with some of the female characters. 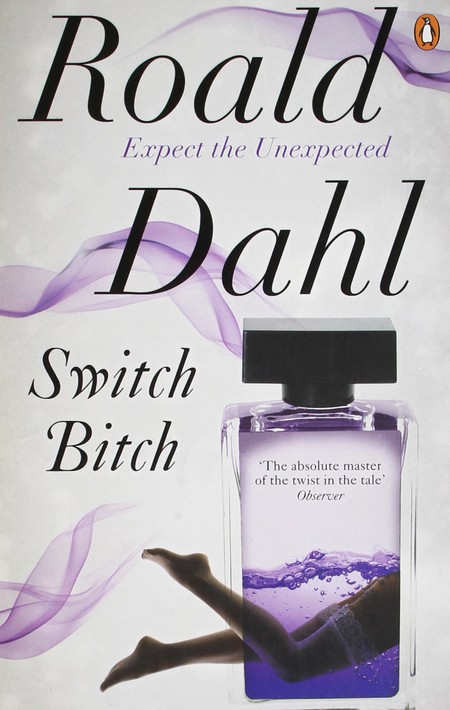 The Wonderful Story of Henry Sugar and Six More (1977)

There are indeed seven stories in this adult collection, each bringing something new to the table. The eclectic mix of non-fiction, autobiography, and fiction promises an entertaining read. The most famous (though still underrated) tale is perhaps ‘The Wonderful Story of Henry Sugar,’ which is about a man who learns the art of seeing without using his eyes — he can see with his eyes shut, see through solids, and even see the future. The story reveals the struggle of understanding how much responsibility comes with this skill and the question of how to use it best. The autobiographies and non-fictions are also a treat as they show a different side of Roald Dahl: they demonstrate how he fares as a writer when his imagination is not needed. They reveal that in addition to his ability to create, he also has a distinct and appealing writing style. 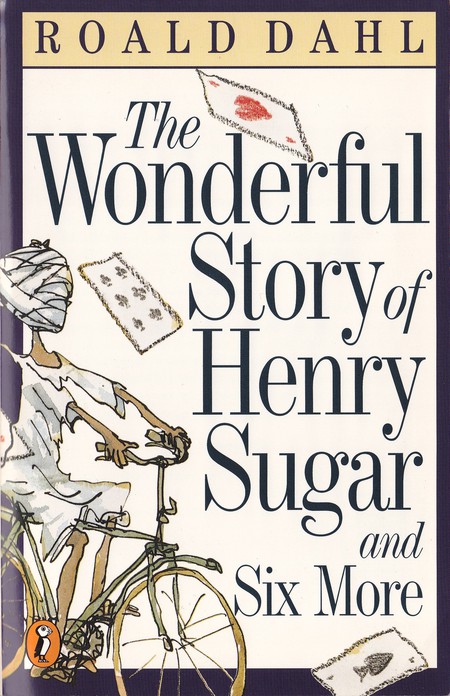 Roald Dahl clearly revelled in his task of subverting expectations and conventions when writing this short book of poems — six, in fact, each a parody of a different fairy tale: ‘Cinderella,’ ‘Jack and the Beanstalk,’ ‘Snow White and the Seven Dwarfs,’ ‘Goldilocks and the Three Bears,’ ‘Little Red Riding Hood and the Wolf,’ and ‘The Three Little Pigs.’ The endings of these stories differ sharply from those of the ones we are used to, as these are far darker and more mature. They also show off Dahl’s skills as a satirist and, once again, his knack for creative, unexpected twists and endings. This book is Dahl’s shortest children’s book, in addition to being one of his funniest, and is also illustrated by Quentin Blake — definitely worth a read.

This is the first part of a collection of autobiographical accounts Roald Dahl wrote throughout his life. This one spans from his birth until he got his first job at Royal Dutch Shell. He brings readers into his personal family life, in both tragic and comical times, then he takes them through his life in primary and then boarding school. Any fan of Dahl’s stories must be curious to some degree about the story behind the man himself. It is in itself interesting, but this book is also a classic example of how Dahl had a natural talent for storytelling that makes reading even everyday facts about his life interesting and amusing. The book shares varying details about the man, such as his obsession with sweets and candy shops, an obsession that would lead him to write Charlie and the Chocolate Factory. 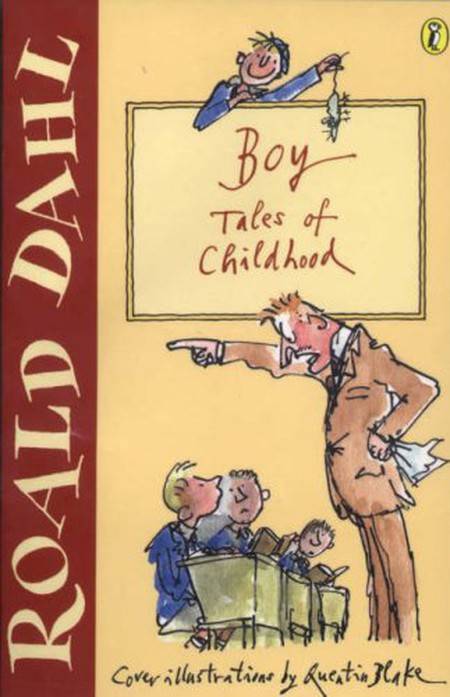 Boy Tales of Childhood, Roald Dahl | © Puffin
Give us feedback