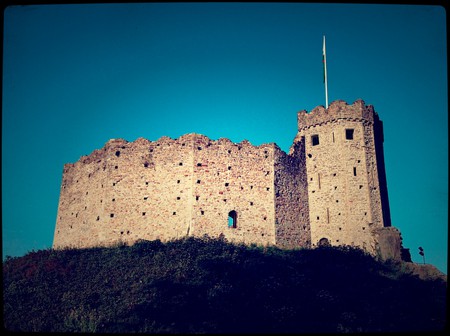 Wales is home to a number of beautiful castles, and Cardiff Castle is a major part of the capital’s cityscape. It stands proudly between Bute Park and the town, and has overseen much of the city’s life and history. Despite the fact that it gets passed by everyday, there may be some things you didn’t know about Cardiff Castle.

Erection of the castle

Cardiff Castle is steeped in more than 2000 years of history. Built around 55 AD, the Roman fort, or castrum, was once part of a system of frontier posts from a legion based at Caerleon, founded by the Roman general Julius Frontinus upon his conquest of the Silures – a powerful and warlike tribe of ancient Britain that occupied South Wales.

Cardiff Castle is a unique blend of architectural styles. Although mostly Norman in style, there are still Roman parts to it, as well as Gothic Victorian revival parts that were built in the 19th century. 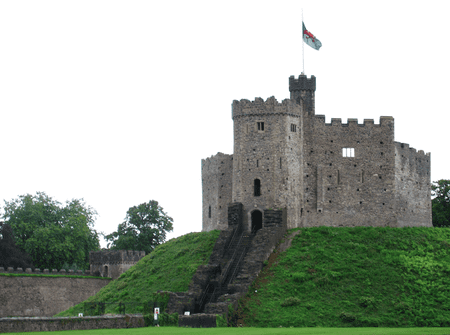 During Norman times, the toilets hung over the castle walls and all the waste ended up in the moat. The lords and ladies would retire to a toilet set into a cupboard in the wall, called a garderobe. From there the waste would drop down a shaft into the moat below. The job of the gong farmer was to collect the waste during the night.

During World War II, the castle’s tunnels were used as air-raid shelters from German bombs. It was estimated that more than 1800 people could take refuge within the walls and special ramps were built to offer quick access. Research has revealed that there were also dormitories with bunks, kitchens, toilets and first-aid posts concealed within the walls. An exhibition at the castle recreates these shelters for visitors.

On September 10, 1947, the 5th Marquess of Bute, John Crichton-Stuart, handed over the keys of Cardiff Castle to the Lord Mayor of Cardiff, Alderman George Ferguson. The castle, alongside its parkland, was presented to the people of Cardiff – a philanthropic gesture that press and locals alike found extremely endearing.

Throughout the duration of the 2015 Rugby World Cup, Cardiff Castle was given an addition. In honour of the competition, a giant rugby ball was installed into the exterior wall of the castle. In total about 25 people worked on its design and installation, while the foam bricks that appeared to be bursting from the wall were made from a cast of actual bricks from Cardiff Castle. The “Ball in the Wall” was of course a temporary fixture, however its placement accurately signified the love of the sport in Wales. 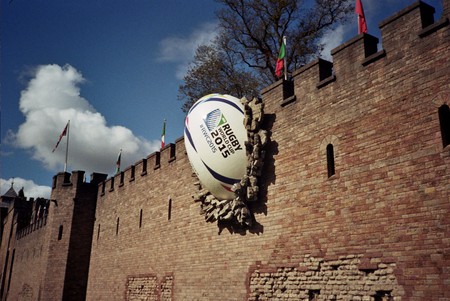 Cardiff Castle frequently host live screenings of classic films. Screenings have taken place both inside the castle grounds and underground, and tickets are sold online. So far these cinematic events have been hugely popular.

Over the years, the castle have also hosted a number of music events. Famous artists to have played at this unique venue include Green Day, Stereophonics and, of course Tom Jones. There is reportedly the capacity to accommodate roughly 10,000 people.

The castle was the welcoming ground for the Welsh football team’s return trip to Cardiff, following their successful UEFA Euro 2016 campaign that saw them reach the semi-finals against Portugal. Players and staff were flow into the grounds, while thousands of baying fans waited outside to celebrate with them. Players were even spotted taking pictures from the famous turrets prior to marching out of the giant gates. 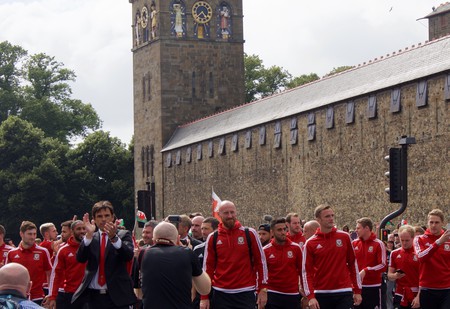 The castle still plays host to banquets, both in the stone-vaulted, atmospheric 15th-century Undercroft and the Interpretation Centre, which offers a unique blend of contemporary slate interiors and original 4th-century Roman walls with stunning views of the Keep. You can enjoy the best of Welsh food and entertainment, and the warmest of welcomes from your hosts, who will entertain you with a selection of traditional and contemporary songs in both English and Welsh. These events are understandably a popular tourist attraction. 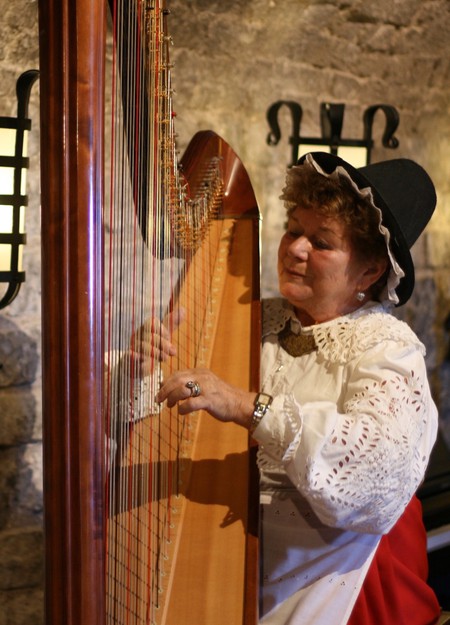 Harp playing at a Cardiff Banquet
Give us feedback