10 of the Most Beautiful Places To Visit in Wales

Wales is a stunning country, home to sweeping valleys, sandy bays, Gothic castles and national parks. Plan your visit with Culture Trip’s guide to the most beautiful places in Wales.

Abereiddy and the Blue Lagoon

Abereiddy is a picturesque hamlet on Pembrokeshire’s rugged northwest coast, known for its remarkable blue lagoon and black sand beach. The blue lagoon was formed in a grey slate quarry, the same material that gives Abereiddy Beach its extraordinary dark hue. The area is popular with coasteering groups and kayakers, but equally lends itself to a relaxing coastal walk. 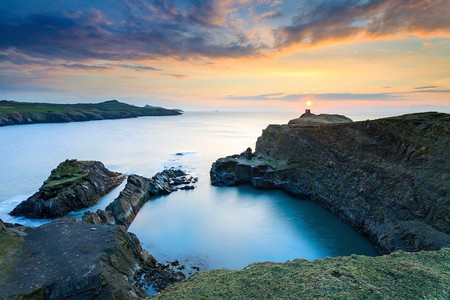 Being the highest peak in South Wales at 886 metres (2,906 feet), Pen y Fan’s trig point offers a stunning panoramic view of the Brecon Beacons and the rolling Welsh hills. Climbing this mountain and gazing over the Neuadd Valley and the reservoirs near Merthyr Tydfil will make you feel like you’re in the true heart of Wales. 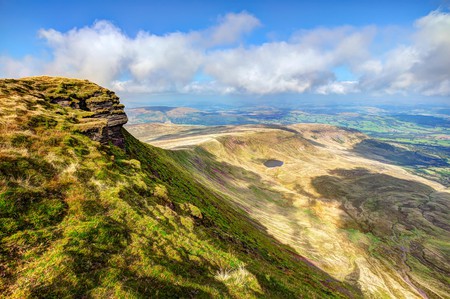 Barafundle Bay is a small curved beach in Pembrokeshire, backed by dunes and pine trees. On a sunny day, the golden sands and azure water look more like the Caribbean than Wales. The walk to the beach is spectacular, taking you along a stretch of the Pembrokeshire coastline where grassy hills meet the sea cliffs. In the same region are the Bosherston Lily Ponds, three flooded limestone valleys that, in the summer months, are covered in a carpet of lilies. 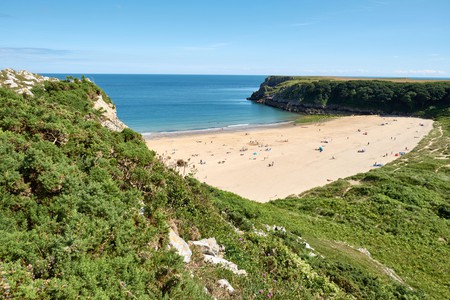 Another of Wales’s scenic coastal walks, Three Cliffs Bay is a stretch of sand and limestone cliffs in the Gower Peninsula. From the cliffs, you can take in incredible views over to Penmaen Burrows and beyond. On the beach itself, explore the sea cave that burrows underneath an outstretching cliff face, but do take care on the beach as tides sweep inwards quickly. 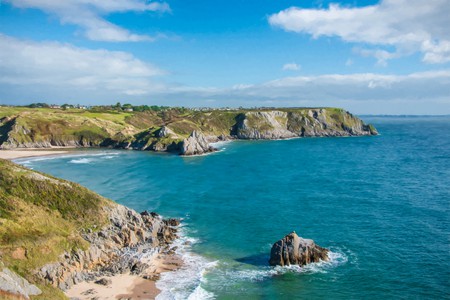 Snowdonia National Park comprises massive mountains and great lakes in the northernmost region of Wales. The highest mountain there is Mount Snowdon, 1,085 metres (3,560 feet) high, from where you can take in sweeping, dramatic views of the Welsh countryside, all the way to Ireland and Scotland. If you do reach the summit, there’s the option to board a mountain railway service that can zip you back down again. 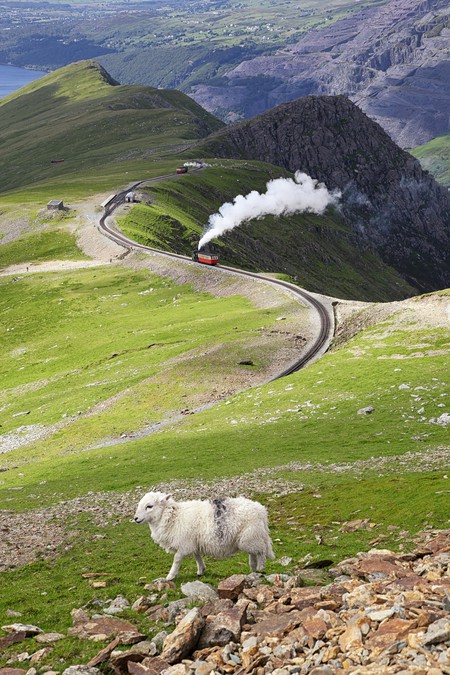 A sheltered gorge along the river Conwy, Fairy Glen is a spellbinding combination of rapids and cascades channelled into a narrow ravine in North Wales. Wooded banks and mossy rock walls add to the charm of this dramatic scene.

The valleys of South Wales are home to some spectacular waterfalls, and near the village of Pont Neath Vaughan are some of Wales’s finest. In the heart of Brecon Beacons National Park, the aptly named Waterfall Country is home to waterfalls such as Sgwd Gwladys (Lady Falls), a 10-metre (33-foot) high waterfall that spills into a natural pool popular with wild swimmers, as well as Henrhyd Falls and Sgwd Clun Gwyn (Fall of the White Meadow). 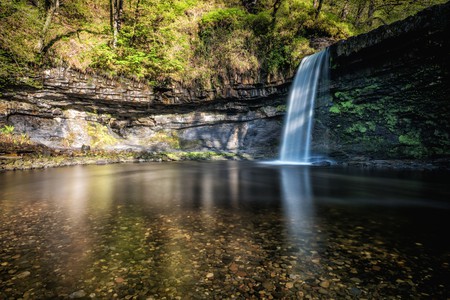 This great expanse of water in Powys, Mid Wales, is in fact a reservoir propped up by a stone dam that dates back to the 1880s. The lake is surrounded by woodland and inhabited by an abundance of wildlife, as well as a sculpture trail, cafés and crafts shops. A Gothic, castle-like water tower sits in the centre of the lake.

Tenby is a picturesque, historic harbour town, enclosed in centuries-old stone walls and notable for its colourful harbourfront buildings and sandy beaches. From Tenby, take the ferry over to Caldey Island, a Celtic monastery first established in the 6th century, home to just 40 residents. 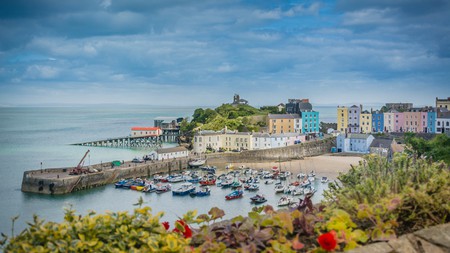 Translated as the red castle, this Gothic building overlooks the village of Tongwynlais and the River Taff. It was first built in the 11th century, and after years of abandonment and destruction was revived in the late 19th century. The woods surrounding the castle, known as the Taff Gorge complex, are among the most westerly natural beech woodlands in the British Isles. They provide a spectacular backdrop to the castle, particularly during the autumn months.