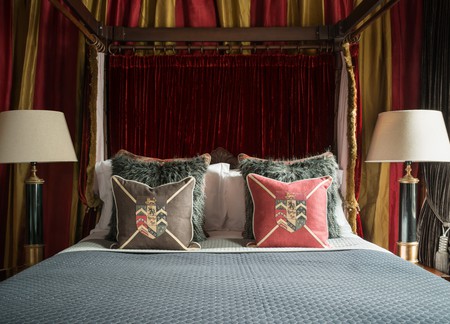 Pack your bags, Muggles! Though your Hogwarts letter may not have arrived in the post, we’ve got the next best thing here in Edinburgh: a Harry Potter superfan has transformed a flat in the city’s historic Old Town into a luxurious tribute to JK Rowling’s magical series, and it’s yours to rent for your next city break.

Overlooking the Royal Mile from one side, and the majestic edifices of Calton Hill from the other, the location is already itself enchanting. But it’s the attention to detail that Yue Gao, owner and proprietor of Canongate Luxury Apartments, has paid to every aspect of the apartment that truly sets it apart from other themed accommodations. With the passionate devotion and keen eye that is only possessed by the most fervent of Potterheads, Gao has decorated the apartment with prized Harry Potter collectables and furnishings reminiscent of cozy Gryffindor common rooms and Hogsmeade pubs. 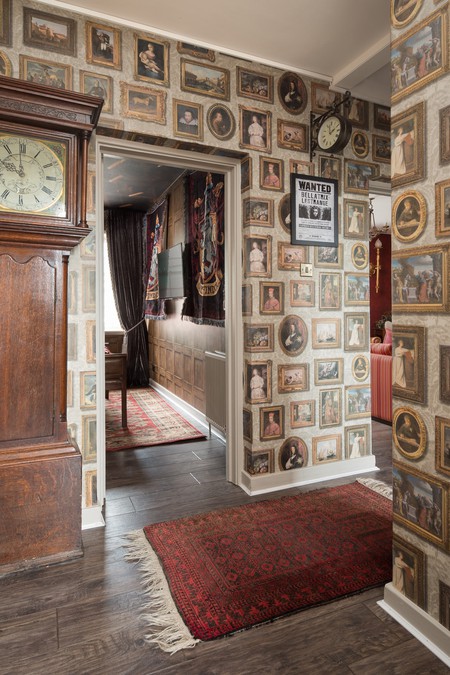 The hallways are bedecked with tokens from the Harry Potter film series, such as a wanted poster calling for the capture of infamous Death Eater, Bellatrix Lestrange. Around the corner is the spacious kitchen, complete with cupboards painted in the trademark colours of the four Hogwarts houses, and a beautifully crafted breakfast bar – perfect for a glass of pumpkin juice in the morning. 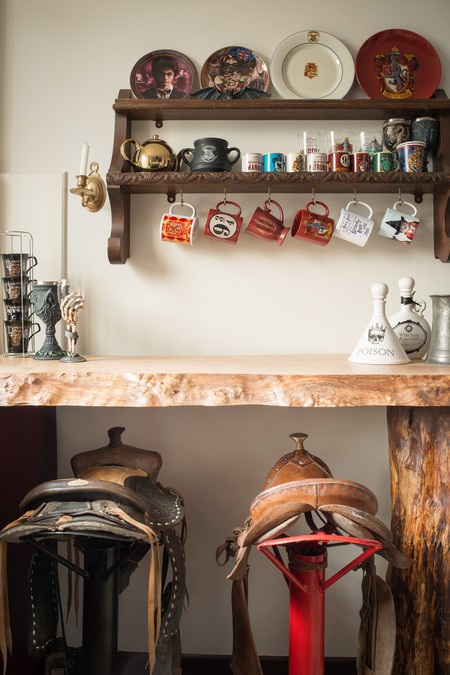 Unlike the kitchen, the master bedroom makes no secret of its allegiances, with a beautiful burgundy-and-gold canopy bed and cushy red velvet drapery, reminiscent of the Gryffindor house colours. The second bedroom is styled like a carriage on the Hogwarts Express, with another expansive double bed and window-side view. Finally, the living room, with its gorgeous plush-leather armchairs, exposed stone wall and real wood fireplace, captures the cosy, intimate magic of a Hogwarts common room. 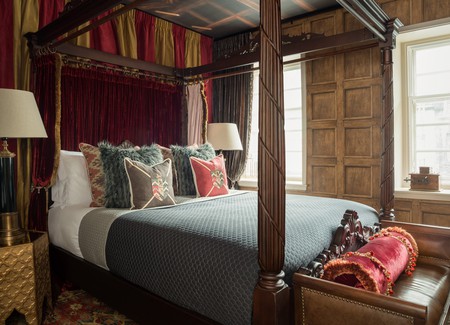 Gao chose Edinburgh as the location for her charmed apartment due to its central role in the Harry Potter series’ origin story. JK Rowling wrote the bulk of Harry Potter and the Philosopher’s Stone in cafés dotted around the city, and still resides in Edinburgh. Indeed, many landmarks have since been credited as important sources of inspiration for Rowling; for instance, the winding corridor of Victoria Street has been cited as a template for the magical high street, Diagon Alley. 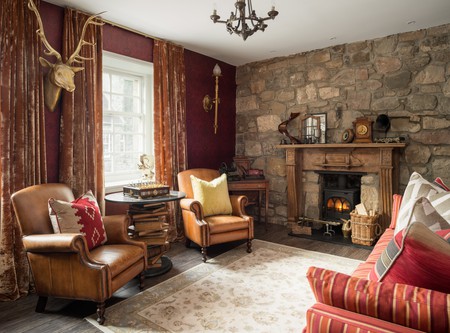 Gao is not alone in her tribute to Rowling’s famous creation – shops peddling wizarding memorabilia have opened up in Edinburgh, as well as pop-up bars where guests can create their own potent brews. Already a famously literary city, The Conan Doyle pub in New Town was recently (and temporarily) renamed The JK Rowling, as an homage to the famous author as part of the city’s annual Hogmanay celebrations. 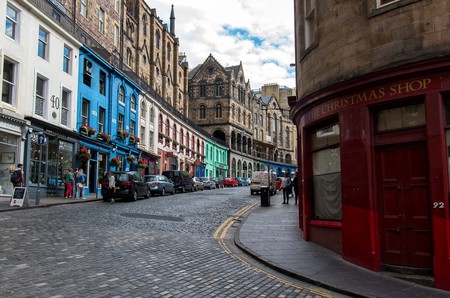 And so, the next time you need a break from your ordinary, humdrum Muggle existence, book a stay at this enchanting apartment, located in objectively the most magical city on earth. But just don’t delay your trip to the wizarding world for too long; the property has already been booked up until July 2019.