Why Scotland’s Nature and Culture Is Good for the Soul 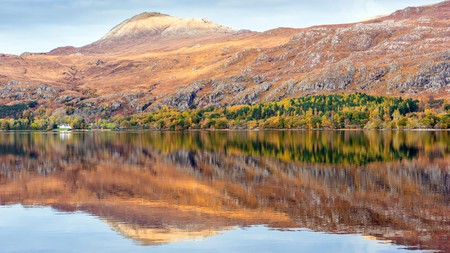 They don’t call whisky the water of life for nothing: Scotland’s many attractions have an invigorating quality that keeps travellers returning time and again.

With sea air, open spaces and a superb live music scene, Scotland’s bound to cure what ails you. Packing an astonishing number of natural and cultural attractions into its 30,000sqmi (80,000sqkm) frame, it’s compact enough that you can witness an electrifying rock music performance one night and climb mountains the next morning. Here are just some of the life-affirming experiences you can enjoy.

Bag munros in the Highlands

In Scotland, jocks don’t join the baseball team or the cheerleading squad – they play rugby and bag munros. The 282 munros – peaks higher than 3,000ft (914m) – in Scotland are named after Sir Hugh Munro, the first person to identify them all in the Scottish Mountaineering Club Journal. They exert a strong pull over local outdoor enthusiasts, who attempt to scale (bag) as many as possible over summer. Some peaks are more frequented than others, but all give you the chance to escape city life and reap the benefits of clean air, exercise and dramatic scenery. 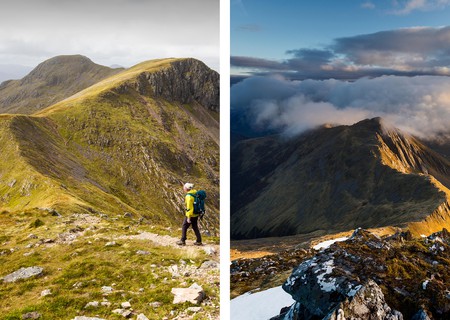 You may not become a compleator – one who has climbed all 282 – during your Scottish holiday, but you can bag some of the best. The most scenic routes include the Buachaille Etive Mór ridge in Glencoe, which will bag you two munros, or the Five Sisters Ridge in Kintail, which will bag you three.

For a less strenuous hike – yet one with spectacular views – scale Ben Lomond, which overlooks the eponymous Loch Lomond. 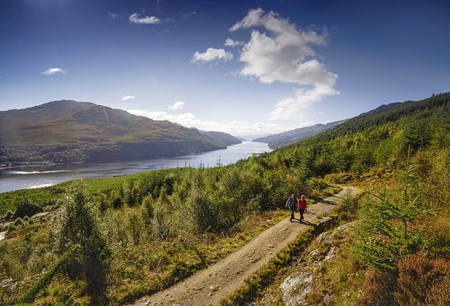 Edinburgh may be the darling of the international travel set, but all Scots know that for live music, Glasgow’s the place to be. Scotland’s second – and largest – city is the birthplace of acts including Simple Minds and Lewis Capaldi, but the real reward is in discovering your new favourite thing. When not tearing up the stage at Ronnie Scott’s in London, Scottish jazz stars hang out at the Blue Arrow basement bar; folk and indie lovers should check out Drygate brewery, one of many venues that host the Celtic Connections festival in January. And, of course, you’ll find both local legends and touring acts at the Barrowland Ballroom, King Tut’s and Òran Mór.

Come morning, head to the eastern suburb of Dennistoun to fill up on brunch before exploring the daytime cultural attractions. Get your art nouveau fix at Charles Rennie Mackintosh’s House for an Art Lover; check out Degas and Rodin at the Burrell Collection; and view Dutch masters at Kelvingrove Art Gallery. Perhaps the most arresting of all Glasgow attractions, however, is the Necropolis: next to the equally grand gothic cathedral, it stands testament to the pomp of Victorian Glasgow. 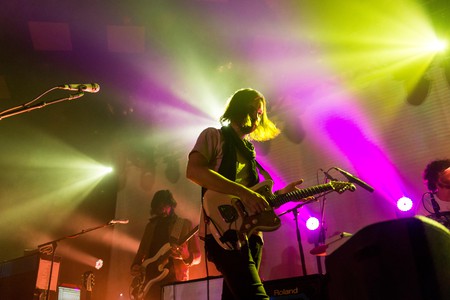 Head out on a road trip

If you truly want to have it all – mountain, coastline, culture, cuisine – a road trip is the best route to a complete Scottish break. The best-known, deservedly, is the North Coast 500, a 516mi (830km) loop beginning and ending in the Highland capital of Inverness. This is Scotland as seen in movies – parts of Harry Potter were filmed at Black Rock Gorge near Evanton, and lochs Maree and Coulin formed the backdrop for the 2007 movie Stardust. 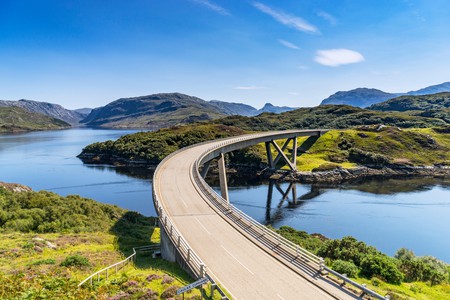 But while many visitors “tak’ the high road” – as the song Loch Lomond puts it – others take the low road. Southerly Dumfries and Galloway is the most underrated region in Scotland, the bluebell-filled woods and rugged beaches far less visited than other parts of the country. Here, the South Coastal 300 route hugs the coast, taking in ruins such as Sweetheart Abbey – a red-brick 13th-century Cistercian monastery – and stargazing opportunities at Galloway Forest Park, the first Dark Sky Sanctuary in the UK.

Another under-the-radar route – though you may want to hire a driver for parts of it – is the North East 250, which loops around the whisky-producing region of Speyside. Alongside the multiple distilleries, there’s Gordon Castle and its walled garden – one of the largest in Scotland – and photo opportunities at Bow Fiddle Rock. 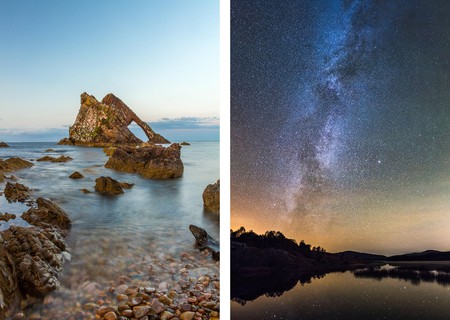 Bow Fiddle Rock (left) got its name from its uncanny resemblance to the tip of a bow, while Galloway Forest Park is the first Dark Sky Park in the UK | Right: © Gary Cook / Alamy Stock Photo

Victorian Dundee was barely liveable, let alone a tourist destination. Perhaps that’s why this east-coast city is now on the cutting edge – unbound by expectations, it has surged into the future, flattening its old waterfront and re-covering it with contemporary architecture that earned it a Unesco City of Design award.

The obvious highlight is the Victoria & Albert (V&A) design museum, the work of Japanese superstar architect Kengo Kuma. Inside, you’ll find the magnificent Mackintosh Tea Room – reconstructed using the original oak panels – plus temporary exhibitions. Follow up with a quick look around the RRS Discovery next door, a touching tribute to the shipbuilding history of Scotland. Round off your day of culture with a cocktail at Bird & Bear, where whisky, Irn-Bru and Scottish gin feature heavily. 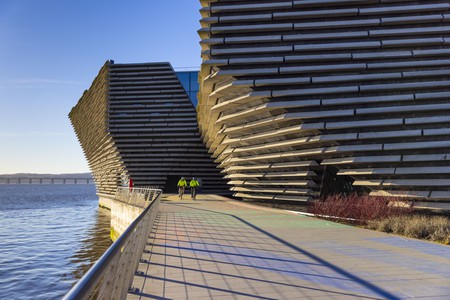 Start planning your own trip to Scotland at visitscotland.com