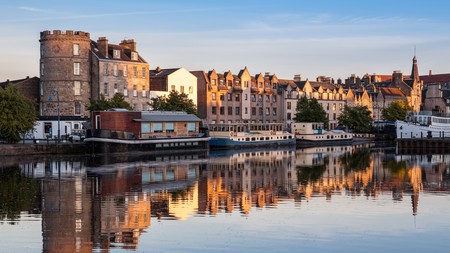 Though nowadays officially a part of Edinburgh, the port of Leith has its own independent spirit. Here’s why the town’s community of creatives who live here love their home.

Before officially becoming a part of Edinburgh in 1920, Leith used to be its own borough. When the Edinburgh Boundaries Extension and Tramways Act was passed, incorporating outlying areas like Cramond, Liberton, Colinton and Corstorphine into Edinburgh, the Leithers had stridently opposed, voting 26,810 to 4340 against the merger.

Today, the district still has an independent spirit, with its own football team, Hibernian FC, whose bright-green stadium stands at the top of Easter Road. And it has its own motto, Persevere, which you’re likely to see if you’re walking around the area.

A jaunt down Leith Walk, the main road that connects the port with the centre of Edinburgh, will bring you to the Bier Hoose, a Bavarian-themed pub that marks the boundary line where Edinburgh ends and Leith begins. 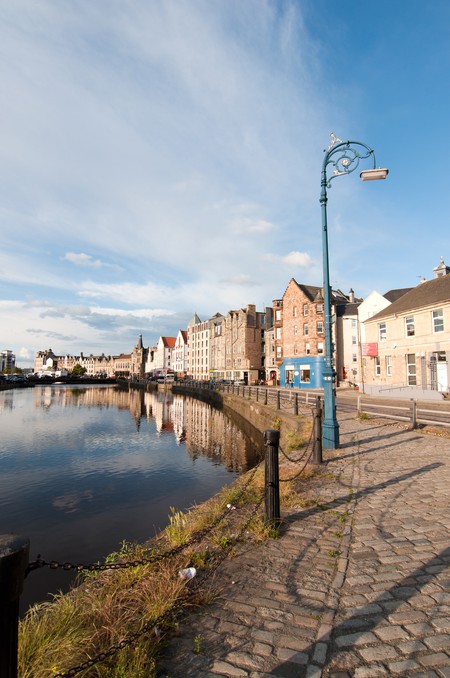 Before officially becoming a part of Edinburgh in 1920, Leith used to be its own borough | © InfotronTof / Getty Images

Though boundaries and boroughs have changed, Leith has retained its separateness over the intervening century, and not just through the presence of the boundary line drawn through the middle of the Bier Hoose. Paddy Starr, owner of beloved music venue Leith Depot, thinks the area has retained its spirit into the 21st century. “Leith has an independent spirit that I think comes down to it being a historic port, and the diversity and culture that comes with that,” she says.

Starr has seen that independent spirit first hand through the Save Leith Walk campaign, a grassroots community action campaign that fought successfully to block attempts from property developers to replace a section of Leith Walk with student flats. “As a community I feel we can influence these future developments. These campaigns can influence the development of our community and have a genuine say in its future,” says Starr. 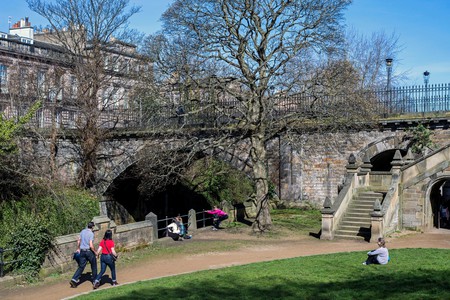 It’s unsurprising given that the community rallied so fervently around a music venue that Leith is well known for being a home for artists and creatives. Founder and director of communication agency Ooh! Studio, Leah Silverlock has been in and around the Leith creative community for over a decade. “I think its brutal aesthetic and underlying warmth has made it a favourite among the creative community,” she says. “Leith doesn’t lie to you: it is what it is and historically has welcomed the arts.”

Silverlock is also part of the voluntary committee of local residents and artists for visual arts organisation LeithLate, which is behind several public art projects as well as the LeithLate Festival. “Being involved in LeithLate has opened my eyes up to the wider community. It’s shown me that the people of Leith are warm and always ready to welcome you into their fold,” Silverlock says.

Singer-songwriter Daniel Duke has lived in the area for five years, attracted by the thriving scene. “Leith is the creative heart of Edinburgh,” he tells Culture Trip. “From theatre to music there’s a space for anyone who wants to celebrate, create or experience art.” Duke is a regular performer and promoter at Leith Depot, but that’s not the only arts space in the area that he would recommend. “Organisations like Out of The Blue Drill Hall and Leith Theatre have created spaces for artists of all kinds to work and perform. There’s something so inspiring about living amongst and being a part of a community like that, and it allows artists like myself to easily meet and work with other talented folks in the area,” he says. 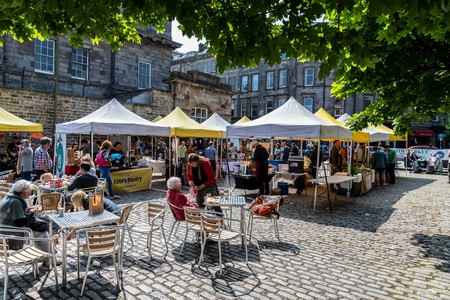 As well as being an arts hub, Leith is also a focal point of the city’s food scene, home to some of Edinburgh’s best cafés and restaurants covering all tastes and budgets. “One of my favourite places to grab a coffee is Casa Amiga,” says Duke. “If you’re into pastel de nata then it’s heaven on earth.” Further down Leith Walk you’ll also find Montreal-style bagels from Bross; huge sandwiches and breakfast bowls at 305 Kitchen; authentic Greek pastries at Qupi; and artisan sourdough just off the walk at the cosiest branch of Edinburgh bakery Twelve Triangles.

The food scene explodes as you go further into Leith, with The Shore area a hub of bars and fine dining, including two Michelin-star restaurants: Restaurant Martin Wishart and Tom Kitchin’s The Kitchin. It’s an area that has become a microcosm of the changes in Leith in the past two decades, for better and worse. Formerly an industrial area, home to shipyards, glass making and whisky production, it is now a highly desirable area, with some locals lamenting the speed of the gentrification, and worrying that old Leithers have been priced out. 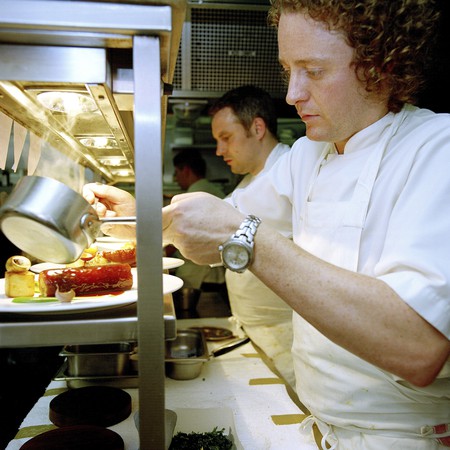 Chef Darren Murray, who co-owns the restaurant Borough on Henderson Street, which links The Shore to Great Junction Street, was keen to ensure that his business would serve the wider community, as well as sit comfortably alongside the more established venues nearby. “The rule when we first opened the restaurant was ‘Make a restaurant that I’d be able to afford to eat in’,” he says. “I’ve worked in places where I’ve been starving all day, cooking food for people that can afford to eat in a place I can’t afford to eat, and I don’t think that’s fair.”

Originally from Dunbar, 64 kilometres (40 miles) along the coast into East Lothian, Murray credits his tough upbringing with his desire to make good food accessible for everybody. “My Nana’s been a cleaner since she was 12 years old, and she could afford to eat here. I don’t charge my family, but she could afford it.” 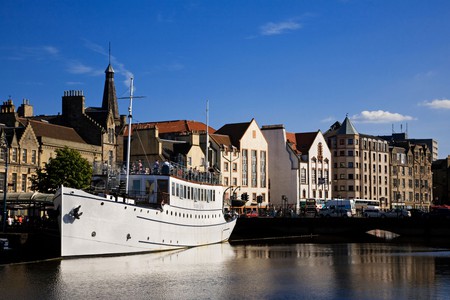 The future of Leith

For all that the area has changed, and is continually changing, it is still making attempts to build its past into its future. Custom House – a grand building on Commercial Street once used by arriving shipmasters to pay their duties and declare cargoes – is undergoing a transformation to become a museum of Leith, looking all the way back to the 13th century.

At the same time, construction finally began in 2019 on extending Edinburgh’s tram network from York Place. The proposals will extend the tracks down Leith Walk, through The Shore, toward Ocean Terminal (soon to be rebranded as Porta), and finishing up in Newhaven, with the first passengers scheduled to be taken in 2023. Though the decision has been controversial – when the initial tram network was built it ran massively over budget and behind schedule, causing huge local frustration – it speaks to just how important Leith is to the rest of Edinburgh. 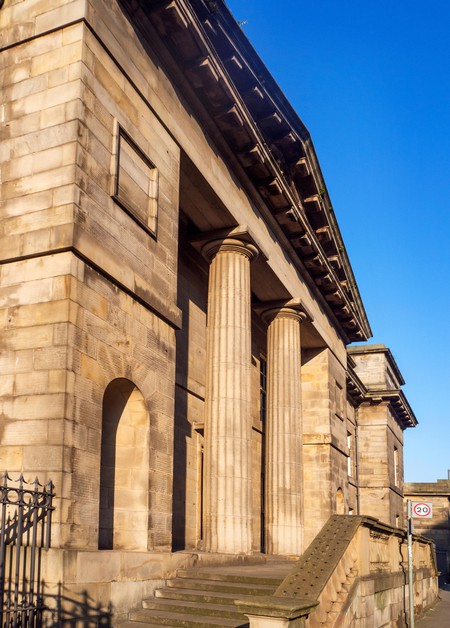