Why Edinburgh Is Scotland's “Hotbed of Genius” 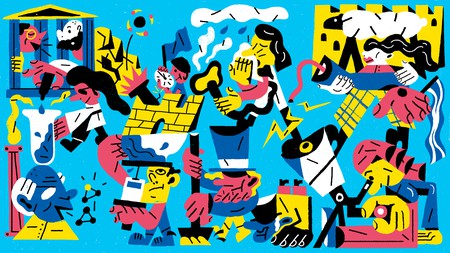 From anaesthesia and antiseptic surgery to the invention of the telephone and television, Edinburgh has long been a hotbed of innovation. But what is it about the city that made it a hub of groundbreaking ideas and scientific excellence?

“Here I stand at which is called the Cross of Edinburgh and can, in a few minutes, take fifty men of genius and learning by the hand.” So said John Amyatt, the king’s chemist, back in the 18th century as he stood beside Mercat Cross in Edinburgh’s Parliament Square. Wandering through the square today, you’re more likely to encounter crowds of tourists and street entertainers than great thinkers stroking their beards and pontificating on the meaning of life.

Yet Amyatt had a point. It was also in the 18th century that the Scottish poet Tobias Smollett described Edinburgh as a “hotbed of genius”. So how did Edinburgh get its reputation for birthing brilliant minds?

According to Niki Vermeulen, Associate Professor at Edinburgh University’s Department of Science, Technology and Innovation, one of the key reasons was the establishment of the Surgeon Halls in 1697, where doctors conducted anatomy lessons. “Next to Padua and Leiden, Edinburgh played a very important role in researching the human body,” she told Culture Trip.

The Scottish Enlightenment (in the mid-18th to early-19th centuries) was a period that catapulted the country’s move towards scientific advancements. This was a golden age in which superstition and witchcraft were replaced with research and empirical thought.

According to Edinburgh University’s School of Social and Political Science’s Professor Emeritus John Henry, at the beginning of the 17th century, the “cultural horizon of most educated men in Western Europe… was dominated by two almost unchallenged sources of authority: scripture and the classics.” However, during the 17th century the natural sciences began to emerge as a new source of authority.

This was spurred on by the regular exchange of ideas amongst the city’s literati. During the 1770s, a constellation of some of Edinburgh’s finest minds would meet at a weekly dining club in the Cowgate’s underground slums, The Oyster Club (now defunct), to sup on shellfish, drink whisky and debate new theories. Said minds included geologist and Oyster Club founder James Hutton, economist and political philosopher Adam Smith, chemist Joseph Black, physicist John Playfair and philosopher David Hume.

“This shows how collaborations are a very important part of scientific work,” says Vermeulen. Indeed, this meeting of minds created the perfect storm for Edinburgh, causing a chain reaction of innovation that would be recognised the world over. 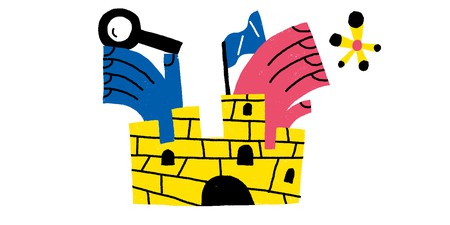 Edinburgh’s contributions to science are so plentiful that choosing the most significant is a difficult task. Vermeulen claims it is impossible to single out any one breakthrough. “Several developments are relevant, and in different ways,” she says. “Discovering anaesthetics is pretty important, but is it more important than the Higgs Boson?” One area in which Edinburgh undoubtedly led the field – and continues to do so – is in medicine.

By the early 19th century, Edinburgh had established itself as a leading centre of anatomical research. As interest grew, this resulted in a shortage of bodies, and an illicit trade in exhumed cadavers sprang up, with William Burke and William Hare the most notorious proponents. And when that supply wasn’t sufficiently forthcoming, the duo famously resorted to murder.

Today, you can visit the Surgeon Halls Museum on North Bridge, which alongside significant medical exhibits and artefacts is packed full of more macabre oddities, including a grisly book said to be made of Burke’s skin.

The Royal College of Physicians of Edinburgh is today located on the bustling thoroughfare of Queen Street. It was here at number 52 that 18th-century obstetrician James Simpson experimented on himself with various mind-altering drugs, leading to his discovery that the use of chloroform as an anaesthetic prevented pain during childbirth.

But it’s not just the world of medicine in which Edinburgh has played an important role. As you check your smartphone, spare a thought for the father of telecommunications Alexander Graham Bell, who was born at 16 South Charlotte Street in the New Town. You can also thank the city for blazing a trail in cloning, with what remains of Dolly the sheep – the first mammal in the world to be cloned – displayed in the National Museum of Scotland. 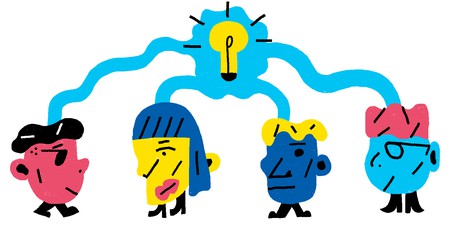 A daily reminder of some of the important developments in physics and astronomy happens at one o’clock each day. Former Astronomer Royal for Scotland Charles Piazzi Smyth set up the time ball service, where a large ball was hoisted from Nelson Monument and dropped at exactly one o’clock every day, as a time signal to ships in Leith Harbour. In 1861, Smyth added an audible element, and to this day, the one o’clock gun is fired from Edinburgh Castle.

You can take a pleasant stroll up to the Old Observatory, which has recently reopened for visitors with a new art initiative that offers photography and drawings of the forgotten astronomer, along with splendid views of the city.

However, the best vantage point of Edinburgh is from the top of Arthur’s Seat for those energetic enough to clamber to its 250-metre (820-foot) peak. Its presence has had a significant impact on geoscience. It was local boy James Hutton, considered the inventor of modern geology, who first proposed that the Earth was billions of years old after studying its crags.

“Hutton’s house was demolished at the turn of the 20th century, but it is easy to see from its situation overlooking Salisbury Crags why, sitting at home in his study, he might have turned his thoughts to the causes shaping the Earth’s topography,” says Professor Henry.

For Vermeulen, Edinburgh University has had a massive impact on the city’s relationship with science.“I think it’s safe to say that Edinburgh would have been very different without it being such an important knowledge hub,” she says. Today, the Scottish capital continues to attract thousands of brilliant students from around the world, adding to the diversity of the university and contributing to its scientific evolution.

That tradition of scientific discovery continues to this very day. Exciting work is being carried out in the field of sustainable energy, supported by the Scottish government, while the city is also heavily involved in data science and is blazing a trail with its work on artificial intelligence.

Elisabeth Feldstein has just completed a Masters in Chemistry at Edinburgh University. She is part of a new cohort of ambitious young scientists whose research on an affordable prosthetic bionic arm could lead to improved lives for millions.

With innovative young scientists like Feldstein at the vanguard of Edinburgh’s ongoing scientific research, it appears that there are still geniuses at large in Scotland’s fair city, and its cobbled streets and towering spires are indeed a hotbed of enlightenment.