Where Does the Phrase ‘Tie the Knot’ Come From? 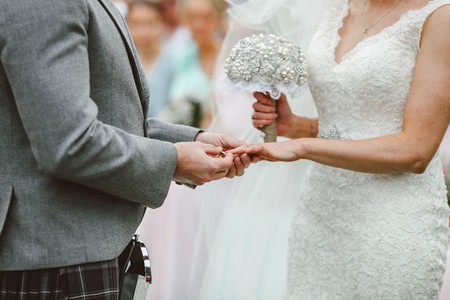 With wedding season in full swing, there’s plenty of social media spam showcasing optic white gowns, smiling couples and heartwarming displays of love. Whether you’re ready to ‘tie the knot’ or not, have you ever wondered where that all-too-familiar saying comes from? Chances are that if you’ve seen Braveheart or even Game of Thrones, you’ll already have some form of an idea.

The phrase ‘tie the knot’ comes from a wedding tradition almost as old as time itself – the handfasting ceremony. This ancient Celtic practice, which dates back to the medieval era, literally binds couples together in matrimony by tying knots of cloth around their hands. And so two become one.

Although they can take place virtually anywhere, handfasting ceremonies typically occur outdoors surrounded by nature. Many couples include the ritual as an extra component of the official ceremony, and others use it to renew vows. The cord, cloth or sash used to physically tie the knot can vary to include personal touches like the family tartan or any special garment. 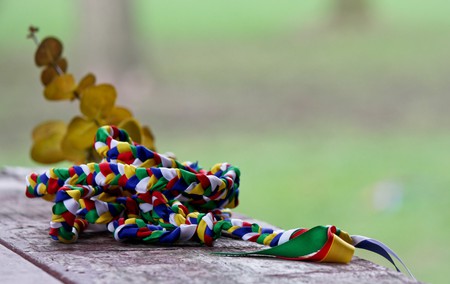 The binding can occur in numerous ways, with the most popular method being a knot tied for each vow. The end result transforms into a unique keepsake for the couple. Once more, you don’t have to be Scottish to have such a ceremony – people all across the globe partake in handfasting, while others venture to Scotland specifically to have it done. Let’s just say that the wild Highland scenery adds to the magic.

Those looking to add a personalised element to their special day without the elaborate nature of handfasting can opt instead for a simpler hand-tying with coloured ribbons. 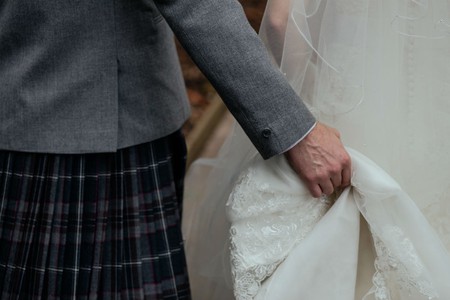 Linked with Paganism, handfasting ceremonies originated in Scotland. Although many believe they existed before Christianity, there is little proof to further investigate. During the Middle Ages, the practice was already in full swing, but instead of representing the actual marriage union, handfasting was part of the betrothal or engagement period. Back then, it was a ritual used to strengthen the bond of the soon-to-be-wedded couple before the official binding ceremony.

A point of contention amongst historians, many insist that handfasting around the 18th century symbolised the start of a trial marriage that lasted precisely a year and one day. If the union seemed fruitful, the actual wedding could then proceed. Others deem the notion a Hebridean myth and blame crossed wires, rumours and even romanticisation of the ritual for such a misrepresentation. Adding fuel to the fire, famous Scots writer Sir Walter Scott referred to handfasting as a trial marriage in his 1820 novel The Monastery. 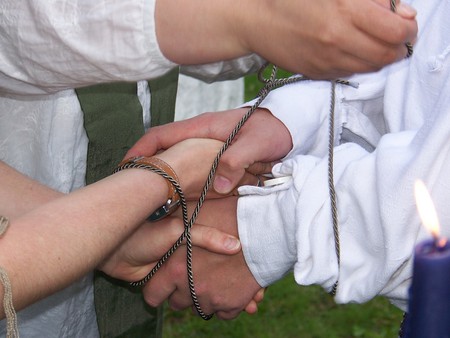 Myth or truth aside, the fact of the matter remains that handfasting ceremonies in place of a church wedding were legally recognised as a legitimate ceremony up until the Marriage (Scotland) Act 1939. The more recent Marriage (Scotland) Act 1977 resulted in traditional Celtic handfasting being fully recognised once more. Scotland now accepts such rituals as legally binding as long as the Celebrant is authorised by the Registrar General. 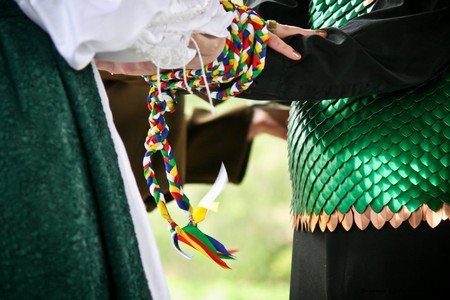 The famous film Braveheart featured William Wallace tying the knot with his love in a handfasting ceremony, just as Rob Stark and Talisa did in Game of Thrones before the fateful Red Wedding.

Whether moved by tradition or looking for something extra special to help make your wedding one to remember, why not tie the knot literally and consider a traditional Celtic handfasting ceremony. Better still, bring the congregation to Scotland for a dramatic backdrop! 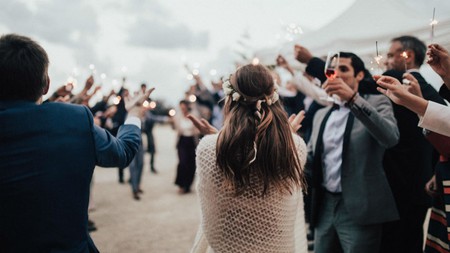