What Is St. Andrews Day and How Do People Celebrate It in Scotland? 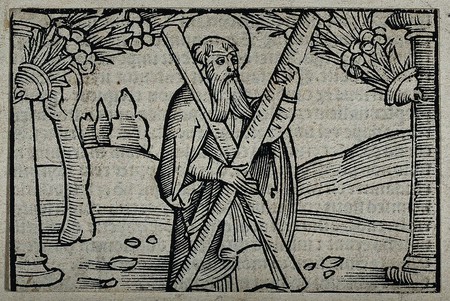 Though Scotland shares custody of Saint Andrew with Greece, Russia, Amalfi and Barbados, the Scottish people celebrate their saintly icon on 30 November in a style all of their own. And so, as the autumn leaves fall to the ground and the wind sharpens to a frigid bite, the Scots commemorate their national saint by welcoming the winter season with extra doses of their renown good cheer and hospitality.

Who is Saint Andrew?

According to Christian teachings, Saint Andrew was one of Jesus Christ’s twelve disciples. He and his brother, Simon Peter (today venerated as the first Pope of the Roman Catholic Church) were fishermen in Galilee, now modern-day Israel, when they met Jesus Christ and became his first disciples. Like Jesus, he was ultimately martyred for his beliefs, but Andrew is said to have refused a T-shape cross, deeming himself unworthy to be crucified in the same manner as Jesus Christ. Instead, he was nailed upon an X-shaped cross on 30 November 60AD in Greece, and thus the diagonal cross of the saltire was adopted as his symbol, and the last day in November designated his saint day. 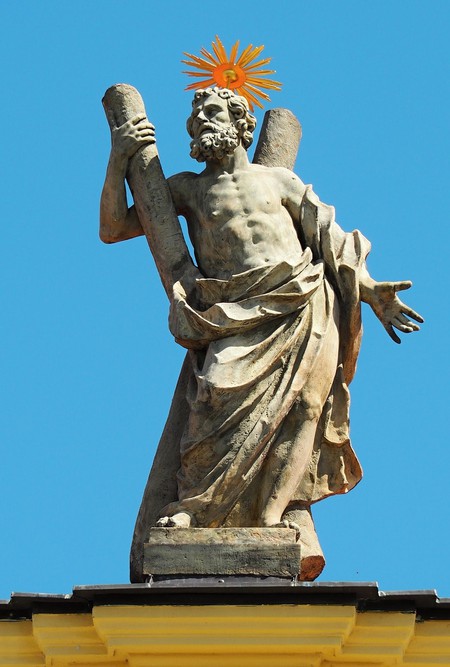 Sometime after his death, a few of his relics arrived in Scotland, including a kneecap, arm and finger bone. There are many versions of this tale, but in one religious fable, Saint Rule was instructed by an angel to take some of Saint Andrew’s relics and go west by ship; wherever he would be shipwrecked, Saint Rule was to establish a church. Indeed, Saint Rule’s ship was driven ashore into the small coastal village of Kilrymont, which was eventually renamed St. Andrews and became an important pilgrimage site for Christians.

St. Andrews Cathedral was built to house the reliquary in 1318, but both the cathedral and the relics were destroyed in the Scottish Reformation. In order to make up for this loss, the Archbishop of Amalfi generously gifted a piece of Saint Andrew’s shoulder blade, so that a piece of the saint would remain forever in Scotland. 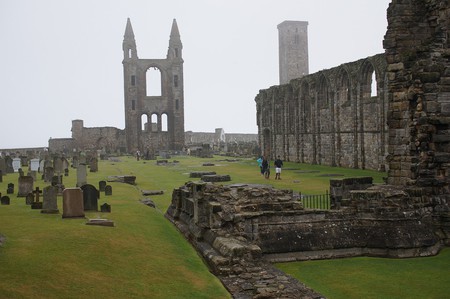 Known for his generous and cooperative spirit, St. Andrew remains the patron saint of fishermen, fishmongers, singers and pregnant woman, and is said to offer protection against sore throats and gout.

How is Saint Andrews Day Celebrated in Scotland?

Ironically, Scotland’s patron saint probably never set foot on its shores whilst he was alive, but the Scots have been feasting and partying in his honour since 1000 AD. In 1320, when Scotland was declared an independent nation by the Declaration of Arbroath, he became the new nation’s official patron saint. 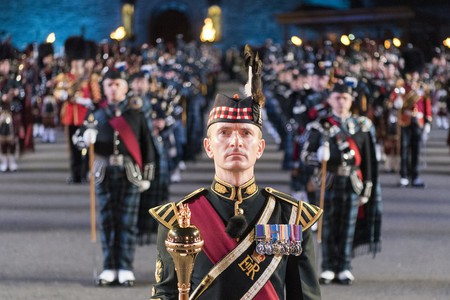 It wasn’t until the 18th century, however, that Saint Andrew’s Day began to be celebrated as an annual event. The tradition actually started overseas in the United States, when a group of wealthy Scottish immigrants in Charleston, South Carolina, wishing to reconnect with their Scottish roots and promote Saint Andrew’s philanthropic ideals, set up the St. Andrew’s Society of Charleston in 1729. Not only did they begin the tradition of celebrating on 30 November, they became famous in the area for their protection of widows and orphans, and similar Scottish societies were soon established across United States.

Never one to pass up an opportunity for a good shindig, Scotland wasn’t far behind their American kin. Today Saint Andrews Day is an official bank holiday in the motherland, and is usually feted across the country with a grand celebration of Scottish culture, featuring traditional recitations, cuisine and, of course, a rollicking ceilidh. 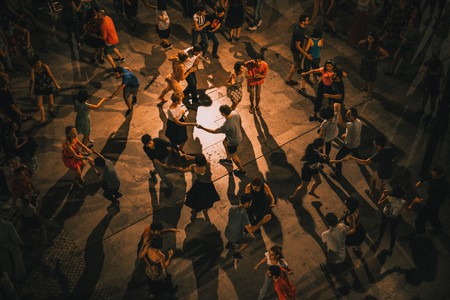 Dancing in the Shadows | © Ardian Lumi/Unsplash

Different regions of Scotland will have specific events and traditions commemorating Saint Andrews. For instance, in East Lothian, the annual Saltire Festival focuses on Scotland’s rich heritage in the arts and sport, with a 10K night run, golfing tournament, crafting workshops, and traditional music performances.

Meanwhile, Glasgow hosts a spectacular torchlight procession through the city’s West End, with all proceeds going to charity as a homage to Saint Andrew’s generosity. Towards the north, the Oban Winter Festival is another annual community affair that celebrates Scottish culture on Saint Andrew’s feast day, with a whisky festival, haggis tastings, and performers singing traditional Gaelic and Scots tunes. 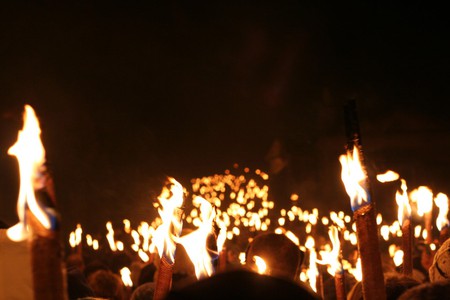 And so, wherever you are in the world, raise a glass this 30 November to good ol’ Saint Andrew, and to the richness and generosity of Scottish culture everywhere.

If you’re thinking of visiting Scotland, check out our guide to the best things to do in Edinburgh.