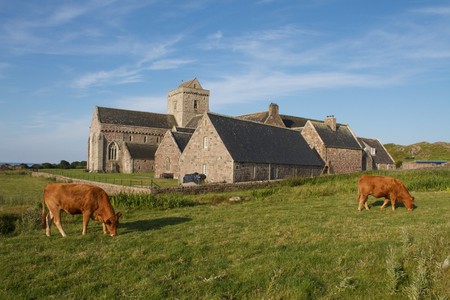 Iona is a tiny tranquil island, barely six kilometres (four miles) long and two kilometres (one mile) wide. Yet its contribution to the history of Scotland and, indeed, the world, is large. It was here that St. Columba founded his famous monastery, and the island is known as the cradle of Christianity in Scotland. It is also beautiful, with white sand beaches, a treasury of wildlife and plants, and a deep sense of peace. Here is our guide to this mystical island.

Situated about two kilometres off the coast of the island of Mull, itself sitting off the remote Ardnamurchan peninsula on the west coast of Scotland, Iona is low and often swept by the winds that come in off the Atlantic Ocean to the west. Being such a small island, the main settlement, Baile Mòr, is often simply called The Village, and the resident population is tiny — less than 200 — but each year the island attracts 130,000 visitors. 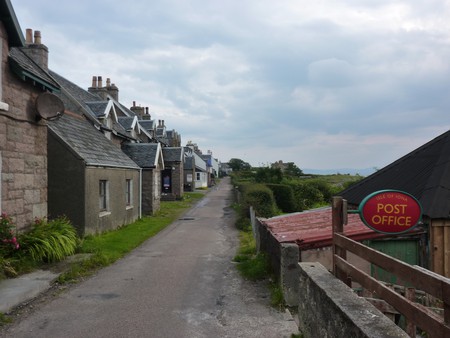 People have lived on Iona for many years, long before St. Columba made landfall. The highest point on the island is only 101 metres (331 feet) and is capped by the remains of an Iron Age hillfort, pre-dating Columba by hundreds of years. However, it was the coming of the Saint that secured Iona’s place in history. After being exiled from his native Ireland, Columba and twelve followers set up the first monastery on the island and began the process of converting the Picts of Scotland to Christianity, followed by the northern English Anglo-Saxon tribes. Iona became renowned as a centre for learning and for spreading the Christian religion. 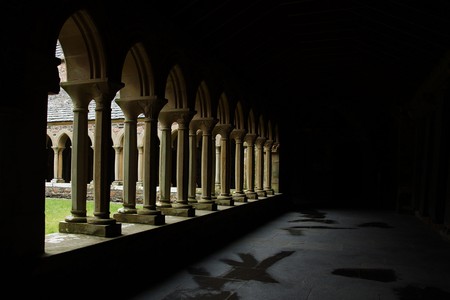 Following a series of Viking raids starting in the late 8th century AD, the monks of Iona made the decision to abandon the monastery in 849AD, splitting their religious relics and treasures between Scotland and Ireland. After this Iona entered a dark age, with little written about the area for hundreds of years, but it probably became a part of the Kingdom of the Isles — an early medieval kingdom covering much of the western islands and mainland of Scotland.

In 1203, a Benedictine abbey was founded on the island, with their first Abbess being Bethoc, the daughter of one of the most famous of the Lords of the Isles, Somerled. An Augustinian nunnery was also founded in the medieval period, but both this and the Abbey fell into ruin following the Reformation. 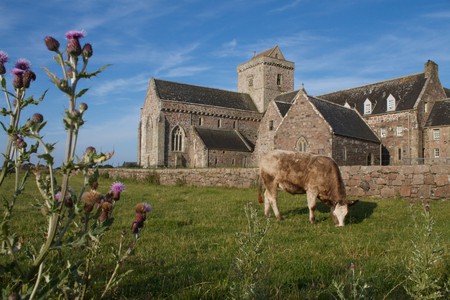 Although this appears a rather long history lesson, it is for precisely these reasons that Iona continues to be such a magnet to tourists, many of whom come for religious reasons, whether to stay a time for a spiritual retreat, or to see the Abbey and learn about its history first-hand. This is mostly thanks to the 1899 creation of the Iona Cathedral Trust, who set about repairing the ruined buildings. In 1938 the Iona Community was founded, and they continue to bring people to the island to this day. Historic Scotland cares for many of the old buildings and graves, including those of over 50 Kings of Scotland, Ireland, Norway, and France and, more recently, that of John Smith, the leader of the Labour Party in the UK until his death in 1994. Some writers have suggested that the burying of Kings on Iona may have influenced legends of King Arthur, and the tales of the Isle of Avalon.

However, there are other reasons to visit this beautiful island. 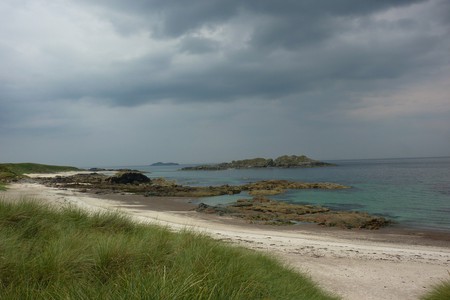 Iona has a wealth of nature, both on land and, especially, around her shores. The wildflowers here are spectacular, especially in midsummer, with favourites including sea holly, four species of orchid, and thistles, harebells and speedwell. Birds include the rare corncrake, comical puffins, great northern divers and a wealth of others. Offshore the waters of Iona attract the second largest fish in the world — the basking shark, as well as orca, pilot, and minke whales, three species of dolphin and sometimes the rare and giant sunfish. Add to this the otters and seals around the coast, and it is not hard to see why nature-lovers flock to the island; here they can get close to many different species, all within a tiny geographic area. 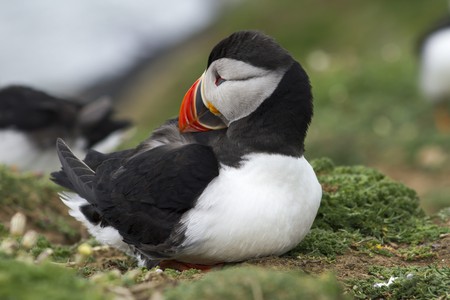 Iona has a golf course, of sorts — it is free of charge and uses the natural machair (a type of short grass and wildflower meadow over a sand base that is found in the west of Scotland). The course is grazed by sheep and cows, and it has beautiful views over the beach below. The beaches of Iona are many and one of the wonderful things about the island is that it is usually possible to find a lovely and sheltered beach, no matter the direction of the wind, simply by heading to the other side of the island! Walks are plentiful and could include a visit to the abandoned marble quarry to the south of the island, or simply a wander around. It is not hard to find a quiet spot. There are few cars here — visitors have to leave theirs before catching the ferry — but you can hire a bike to get around that little bit quicker. 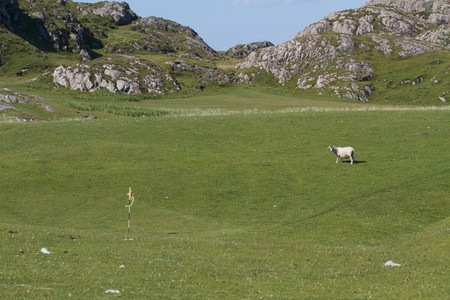 The pace of life here is slower than you might be used to, and this serves to add to the magic of the island. Whether it is the deep sense of history, or the peaceful community, or perhaps the beautiful wildlife and plants, or the awe-inspiring sunsets, Iona is a place that stays with you, and many people return time and time again. Truly a mystic isle. 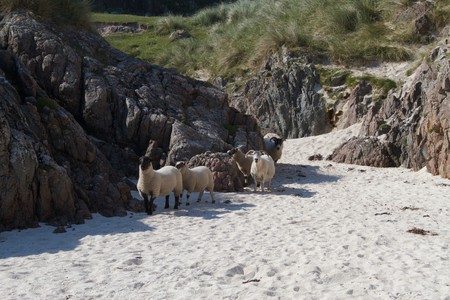 Iona Beach (like the golf course, they may have to be shared with sheep!) | © Brian Gratwicke/Flickr
Give us feedback