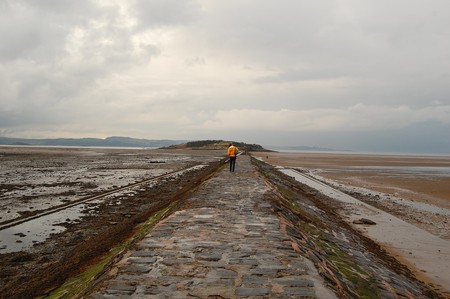 Located north of Edinburgh is the deserted island of Cramond, a small drop of land in the Firth of Forth. Distantly connected to the mainland by a causeway lined by jagged-tooth pylons, Cramond Island hasn’t been inhabited since the Second World War, and has long since been reclaimed by the wilderness.

A tidal island, Cramond Island is located one mile out to sea, and easily accessible during low tide. The paved path linking the island to the village of Cramond becomes visible across the Drum Sands, and is a popular site for strollers and their furry friends. Running parallel to the causeway are anti-boat pylons – monumental concrete teeth designed to keep boats from slipping away during high tide. Though most remain standing, a few have succumbed to the waves. 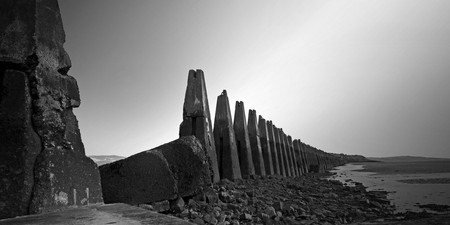 Once on the island itself, a remarkable pocket universe reveals itself. A strange combination of recent history and solitary nature, the island runs wild with bramble and natural flora, only broken up by a few well-trodden paths and crumbling concrete fortresses jutting out from the crags. Prior to the war, Cramond Island was frequented by shepherds, game shooters and – for a brief period in the 19th century – holidaymakers. The ruins of such a farmstead can be found towards the centre of the island, near the remains of a medieval jetty to the north. 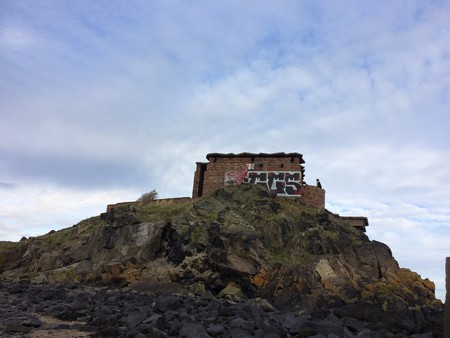 During the First World War, Cramond Island became a lynchpin in the ‘Middle Line’ of defences across the Forth estuary, tasked with protecting an anchorage for warships near the Forth Rail Bridge. An anti-submarine net was strung up across Cramond Island and its kin Inchmickery and Inchcolm, all the way to the Fife coast. It played an even bigger role in the Second World War, when Cramond Island was fortified with concrete bunkers, spotlights and gun emplacements to deter any potential enemy invasions via the Forth River. 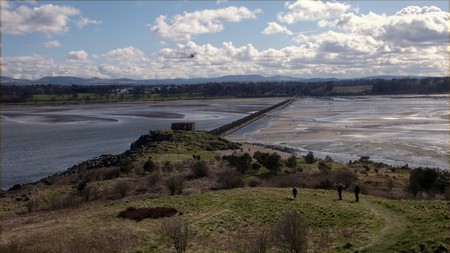 Luckily the invasion never materialised, and Cramond Island was once more abandoned after the war. The concrete edifices left behind have become rich canvases for graffiti artists, or magnificent lookouts towards the three Forth Brides, Fife and the Edinburgh skyline. Though visitors are encouraged to make the journey to the island, they are duly warned to take note of the tide schedule, as the tide rushes in quickly and can trap visitors on the island. Such an incident befell one Daniel Defoe of Livingston, West Lothian in 2011. The irony of his shared name with the 17th century Daniel Defoe, author of Robinson Crusoe, was not lost.

And so, next time you’re in the area, make sure to visit this ghost island in the Firth of Forth. Just make sure to keep an eye on the time and tide. 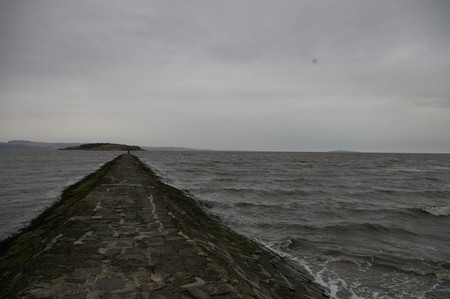