The Top 10 Things To See And Do In New Town, Edinburgh

Scottish National Portrait Gallery © dun_deagh/Flickr
Built in the mid-to-late 18th Century in response to overcrowding in what is now known as the Old Town, Edinburgh’s New Town has flourished as a true marvel of urban planning and elegant Neo-Classical architecture. We list the must-sees here, from Princes Street to Castle Terrace.
Edinburgh Castle © Craig Cormack Follow / Flickr

Edinburgh’s New Town is the artistic centre of the capital, with all three national art galleries in immediate proximity to each other, including the Scottish National Gallery on the Mound and Scottish Gallery of Modern Art to the north-west, near Stockbridge. For many visitors, the National Portrait Gallery proves the most exciting draw of this coterie.

This imposing Gothic needle looms over Princes Street Gardens as Scotland’s national monument to one of its most famous sons, Sir Walter Scott. This may not be a climb for the faint of heart, but those who do brave it will be rewarded with some of the most sweeping views you can get of the city. 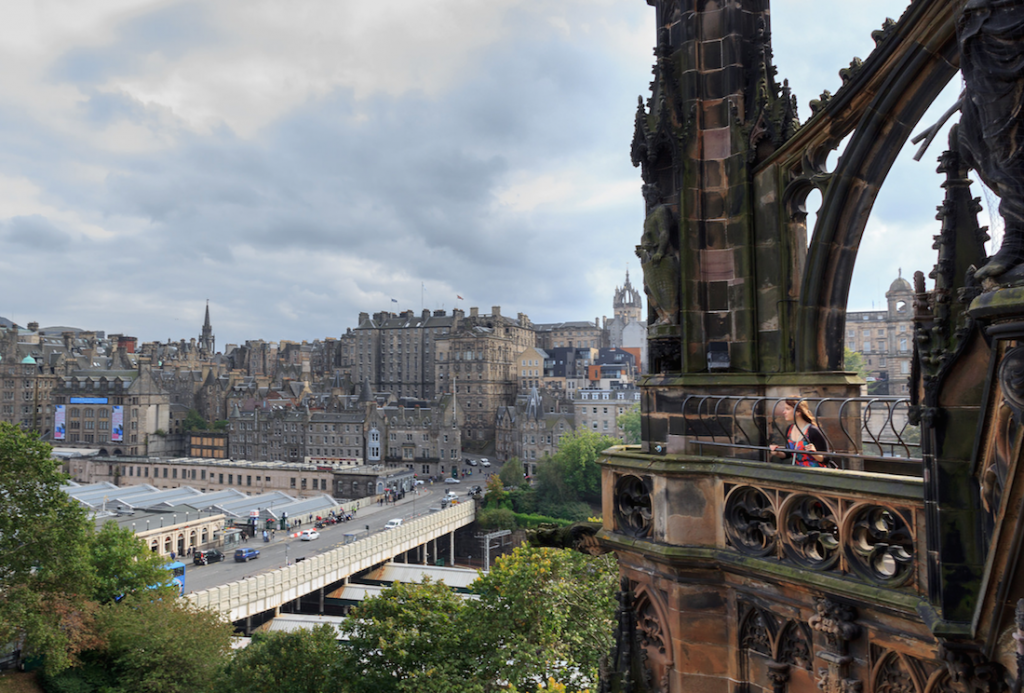 View over the old town from Scott Monument © Fw42 / Flickr

The Edinburgh Playhouse welcomes a majority of the national touring musicals that come up North. It also hosts a regular season of youth musical theatre, acapella revues, and big name stand-up comedians. However, superstitious concert-goers may be given pause by tales of the alleged resident ghost, Albert, who is said to haunt the sixth level and can be sensed as a sudden chill in the air.

Natural Feature
A manageable climb can be found in Calton Hill | © Raphaël Chekroun / Flickr
A manageable climb can be found in Calton Hill at the eastern end of Princes Street. The view offered back down Prince Street from this hilltop was Robert Louis Stevenson’s favourite of Edinburgh, and the collected monuments occupying this hillside are some of Edinburgh’s most architecturally significant works. If you happen to be in town for one of the several fireworks displays Edinburgh throws throughout the year, Calton Hill is the ideal spot to catch them.
More Info
Open In Google Maps
Edinburgh, Scotland, EH7 5AA, United Kingdom
View menu
Visit website
Visit Facebook page
Send an Email
Give us feedback

In the Georgian townhouse makeup of the New Town, Charlotte Square stands out as the most exemplary site of this striking architectural style. The square boasts several points of interest for visitors to the city. If you’re in town during the summer, the garden in the centre of Charlotte Square serves as the hub of the Edinburgh International Book Festival. 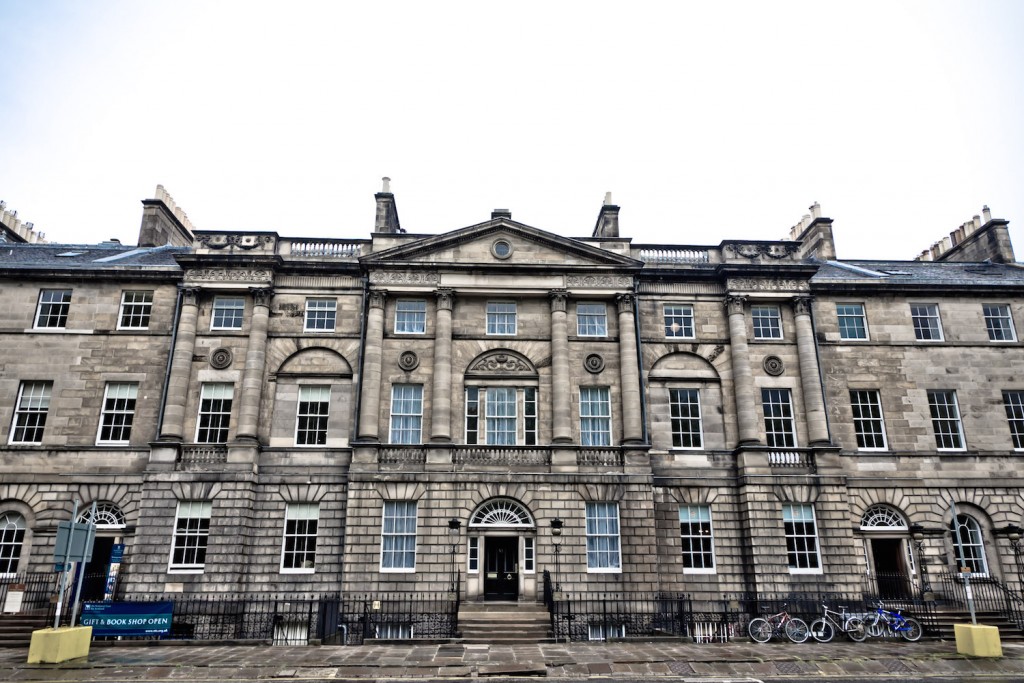 Princes and George Streets are Edinburgh’s best place for retail therapy. Aside from the usual high street suspects, make sure you pop in to the landmark Jenners department store, or simply stroll by to admire its grand Victorian facade from the street. The Princes Street Gardens have been transformed into a picturesque setting for picnics and family excursions.

For an old-fashioned speakeasy experience in the New Town, Panda and Sons is worth a visit. It is deceptively disguised by a charming vintage barber shop facade, replete with old fashioned blow-dry chair in the entrance foyer, and a false bookcase doorway. Once you’ve crossed this red herring of a threshold, you’ll uncover a fantastic cocktail joint hidden behind.

Superstar Edinburgh chef Martin Wishart, has put his own spin on French-style bistro dining at The Honours. The gold leaf decor and chandeliers evoke an ambience of Parisian Belle Époque, and the brasserie food is sent out to diners on trolleys, with a small army of servers swiftly attending to each table, keeping glasses filled and crumbs swept away.

Market
Grab some homemade goods at Edinburgh Farmers' Market | © Paul Gapper / Alamy Stock Photo
Edinburgh Farmers Market is in its 15th year, and hosts over 50 specialist producers who grow and rear the fresh local produce they sell. Tasting samples are commonplace across the stalls, so try before you buy from some of these esteemed suppliers.
More Info
Open In Google Maps
Castle Terrace, Edinburgh, Scotland, EH1 2EN, United Kingdom
+441312208580
View menu
Visit website
Visit Facebook page
Send an Email
Give us feedback
Give us feedback