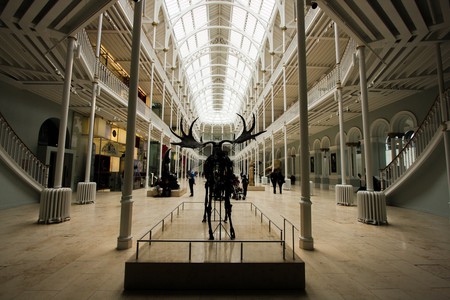 The National Museum Of Scotland | © glynniqua/Flickr

In 1857, George Wilson – the very first director of what is now the National Museum of Scotland – delivered this statement about Edinburgh’s beloved museum. The Industrial Museum was the first to be founded outside of London by an Act of Parliament in 1854. Wilson gathered collections from a great number of sources, many of them Scots, to make up this innovative haven. The National Museum of Scotland owes thanks to Wilson’s pioneering mind, as it was his concept of an industrial museum (along with a few other institutions) that made the Chambers Street Museum what it is today.

The collections inside are not just for the cultural heritage of Scotland, but for the world. Within these walls awaits a diverse array of artifacts that help cross bridges between the humanities, arts and sciences. Most importantly, they act as a voice to tell stories that deserve telling. Discover the top exhibits to see at this fine cabinet of curiosities.

The amazing story of Dolly lives on through the museum exhibit. This woolly wonder was not just any sheep – she made history. As the first mammal to be cloned from an adult cell, Dolly proved that a nucleus from such a cell could create an entire organism, despite being differentiated for a particular scientific function. This sheep had three mothers and is still the epitome of a scientific success story. Dolly was well loved by the humans around her and was conceived at the Roslin Institute, which is now part of Edinburgh University. 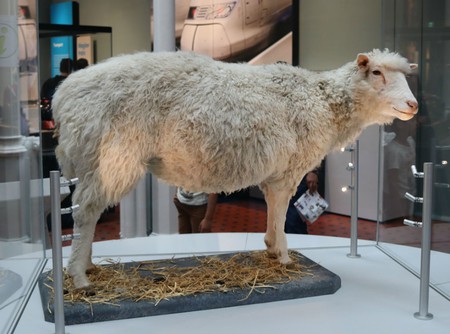 Edinburgh contains a dark and somewhat unnerving past. In 1836, the most unusual unearthing occurred within a cave on the crags of the majestic mountain, Arthur’s Seat. What started off as five young boys hunting for rabbits resulted in a curious discovery – 17 miniature coffins. Each tiny coffin held a wooden figurine of a human wearing custom-made clothing. The reason behind this surreal find? The truth remains shrouded in ambiguity. Some believe they are linked with the gruesome Burke and Hare murders, whereas others are sure that witchcraft is involved. Today, eight of the surviving coffins are on display in the museum. 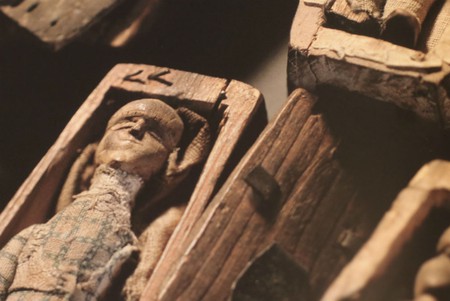 The Cramond Lioness is one of the most magnificent Roman sculptures to have survived and stayed in Scotland. In 1997, in the picturesque village of Cramond, a bemused ferryman came across the most amazing find within the mud of the River Almond – a sandstone sculpture of a lioness gorging on a male prisoner while sinking her teeth into his skull. This fascinating Roman-era sculpture was most likely linked with the nearby Roman Fort and a Roman military commander’s tomb. 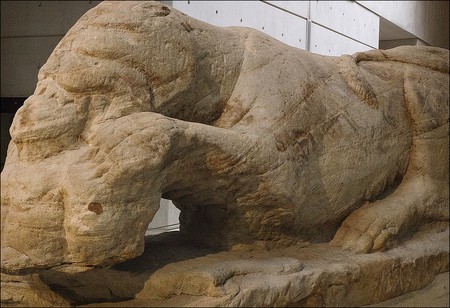 Undeniably one of the best archaeological finds from Scotland, the Lewis Chessmen make the mind reel and cause theories to churn. In 1831, a chap named Malcolm MacLeod stumbled across 93 chess pieces. These pieces, most of which were made from walrus ivory, were lurking on the Isle of Lewis in the parish of Uig. The museum’s Kingdom Of The Scots section has 11 of these intricate and beautifully crafted pieces. Today discourses still circulate as to where they were found, when they were made, who created them, and for what purpose. 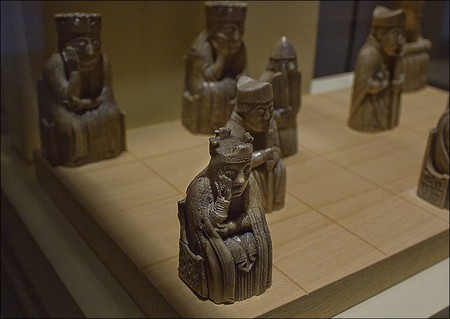 Walking into the main part of the museum is like stepping into another world. A myriad of cultures crash into each other and the colours of the exhibits create quite the kaleidoscope effect. Amid all this beauty, Moby certainly stands out. In 1997, a sperm whale was spotted in the Firth of Forth waters. Despite the concerted efforts of locals determined to guide this outstanding creature on the right path, the whale sadly died, and was washed up on the beach. Today, the skull of this whale – which was named Moby after Herman Melville’s novel Moby Dick – is on display. Impressive in size and aesthetically awe-inspiring, the skull serves as a memory of this noble sea creature. 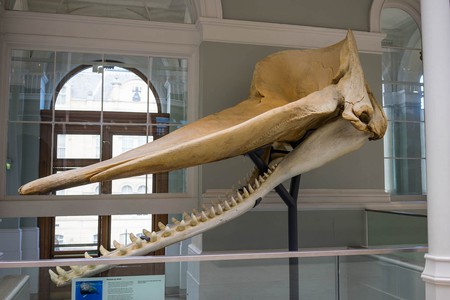 It is hard not to be flabbergasted by the momentous sight of the Mammal Collection. Give or take a few, this museum is home to approximately 50,000 mammals from the United Kingdom and across the globe. From the 2,200 Quaternary fossil specimens to the 30,000 skeletons, skins, mounts, and skulls of British mammals, and over 4,000 foreign mammals, this collection is among the most impressive in the world. Learn about the quagga, the unique and extinct not-so-stripy zebra (the museum hosts the only one that was ever photographed alive). Walk into a most fascinating fusion of a bygone past and the present. 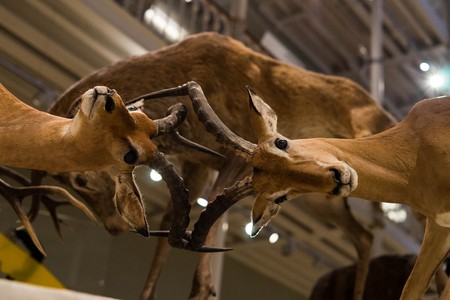 The Schmidt Telescope is a sight to behold. This particular invention enabled astronomers to photograph vast surfaces of the sky in significant detail. Swedish-Estonian optician Bernhard Schmidt is responsible for conjuring up this groundbreaking contraption. The telescope itself is one that reflects and uses its camera capabilities to make an image appear directly onto glass photographic plates. The Schmidt Telescope can be found within the mesmerising, star-clad Earth In Space gallery. 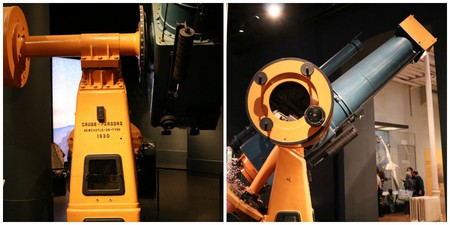 Fashion followers will have a field day at the newly formed Fashion And Style gallery. From Vivienne Westwood to Pringle Of Scotland, Jean Muir and Zandra Rhodes, the items on display are sure to enchant any onlooker. The collections tell a story and document all aspects of fashion in an anthropological sense. Whether 18th century court dresses or contemporary haute couture pieces catch your eye, there is a whole closet-full to choose from. The futuristic Alexander McQueen ankle boots designed by Sarah Burton following his death for the Autumn/Winter 2012/13 collection are a work of art. Interestingly, the museum purchased these bad boys from Ebay. 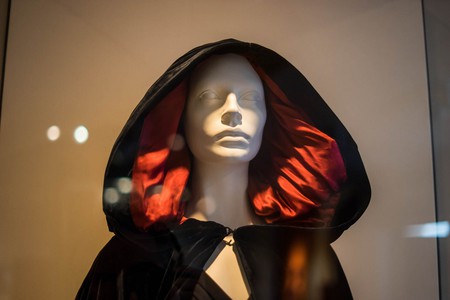 Hours can be spent exploring the World Cultures section of the museum. Ironically, it never gets old. From prevalent ethnographic findings to decorative arts, fine arts, and gripping archaeological finds, the collections deliver a snippet of world history to Scotland’s doorstep. Set eyes upon ceremonial collars from Tahiti. Such collars or gorgets were status markers for priests and clan chiefs of the indigenous peoples of Tahiti. These ornate Tahitian gorgets demonstrate the deftly talented craftsmanship and were often exchanged as gifts. The Egyptian Qurna coffin – excavated in 1908 by prominent archaeologist Sir William Matthew Flinders Petrie in 1908 – is another example of the several collections in World Cultures. 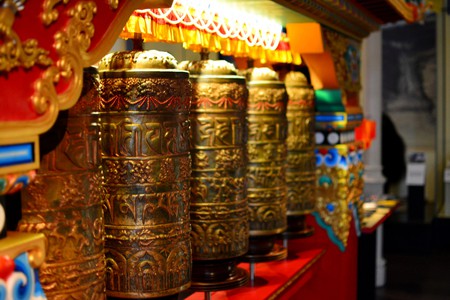 Extraterrestrial meets Earth with the Muonionalusta Meteorite. This meteorite is approximately 800,000 years old and is a shining example of an iron-type meteorite. It is believed that iron meteorites could in fact be similar to the material stationed at the core of the Earth and were formed at the core of a small planet or substantial asteroid. A weight of 170 kg, the Muonionalusta Meteorite was found in Sweden in 2004, and is incredibly magnetic. Amazingly, this is one of the few exhibits on open display, meaning that it can be touched. 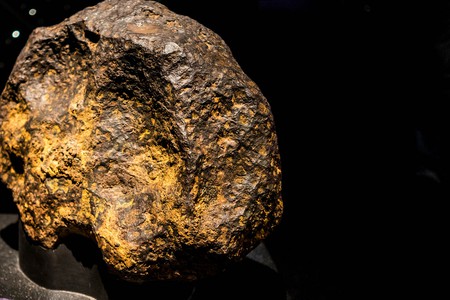 Meteorite | © Paul Hudson/Flickr
Give us feedback