The Top 10 Things to See and Do in North Berwick, Scotland 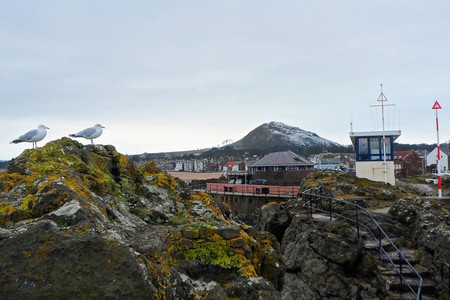 Looking to spend the day in the quaint, picturesque town of North Berwick? Recently rated one of the best places to live in the UK, this seaside town has it all: from stunning views as far as the eye can see, to some of the finest and most ethical brews in the area. So don’t waste any more time – read on and discover the ten things you must see and do whilst in North Berwick.

Standing at 187 metres above sea level, the conical summit of the North Berwick Law offers sweeping views over the coastline and out towards Edinburgh and the Pentlands. History buffs will make a beeline up this two and a half hour climb towards the Iron Age settlements preserved up on the hill, as well as the ruins of lookout posts used during the Napoleonic Wars and World War II. A whale jawbone has famously jutted out from the top of this imposing hill since 1709, with the latest having stood proudly at the summit since 1933. When the jawbone collapsed in 2005, it was replaced by a fibreglass replica donated by an “anonymous friend of North Berwick.” 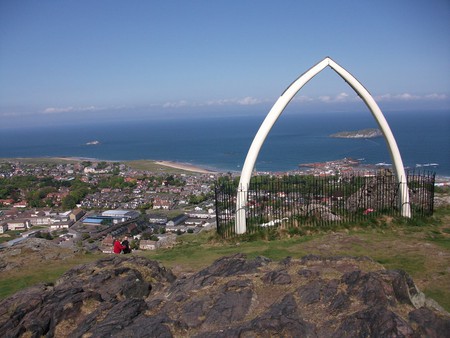 Learn About Local Fauna at the Scottish Seabird Centre

Want to get up close and personal with some puffins? The Scottish Seabird Centre is a charity dedicated to researching and protecting the local wildlife by the North Berwick coast. With interactive cameras that let visitors unobtrusively view these animals in their natural habitat, the Scottish Seabird Centre is a vital resource for researchers and more casual wildlife-enthusiasts alike. The centre also offers seasonal boat tours led by experienced guides that will take you around Craigleith, Bass Rock and the Isle of May. 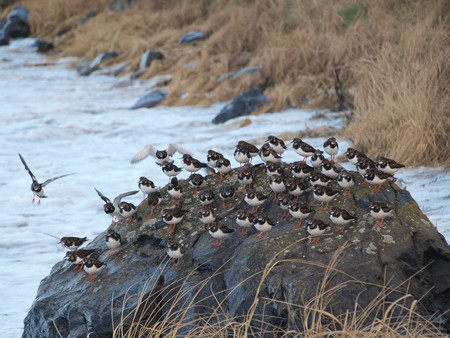 Queue for The Lobster Shack

A much beloved North Berwick institution, The Lobster Shack has been serving up local fisherman Jack Dale’s fresh catches for many years. Don’t underestimate this little hut on the harbour front – from this understated venue comes big taste, with fresh mussels straight from the sea to Dale’s famous half-lobster and chips. Open seasonally, The Lobster Shack’s seafood treasures are definitely worth the inevitable queue. 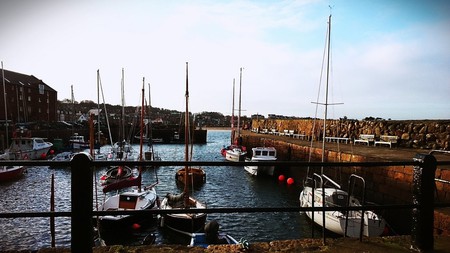 Caffeinate Yourself at Steampunk Coffee

Start your day in North Berwick off on the right foot with a hot cup of java at Steampunk Coffee. Located just north of the high street, this rustic café specialises in small-batch, single origin coffees. All their beans are roasted in-house, and are carefully crafted to create the ideal roast profile. These coffee maestros also work solely with green coffee merchants that ensure that the coffee plantations they work with are all committed to ethical labour practices and fair prices. Sidenote: their deliciously gooey grilled cheese sandwiches aren’t bad either. 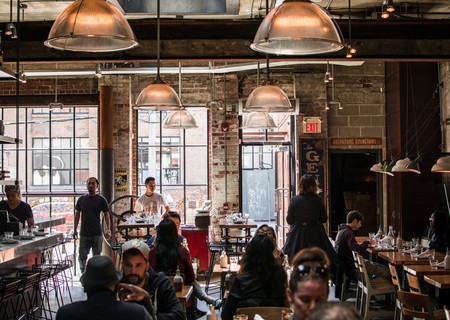 Looking out over the Firth of Forth are the ruins of Tantallon Castle, a 14th century fortress that was once the seat of the formidable Red Douglas family. Set high on the cliff’s edge, this sandstone castle survived many sieges in its long history, as the Red Douglas dynasty often found themselves at odds against English rule. The castle finally fell and was destroyed by Oliver Cromwell’s forces in 1651. Who knows what vengeful spirits haunt the dimly lit prison vaults below..? 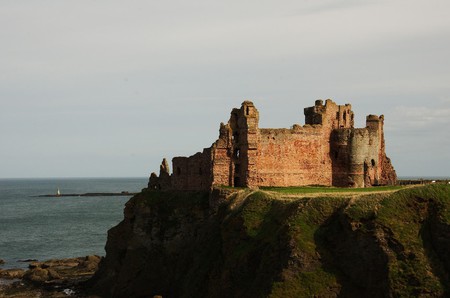 Catch a Ride Out to Bass Rock

Jutting out from the Firth of Forth is the famous Bass Rock, a designated Site of Special Scientific Interest and home to the world’s largest local gannet colony. These zoological merits aside, Bass Rock has also held a focal role in Scottish history and culture. The island plays a prominent part in Robert Louis Stevenson’s novel Catriona, and through its long history has served as the stronghold of the Lauder family, as well as a convenient prison for enemies of King James I. As the island is now a protected nature reserve, only the Scottish Seabird Centre is authorised to run seasonal trips out to Bass Rock, so move fast to nab a seat on the catamaran and scope out some adorable puffins. 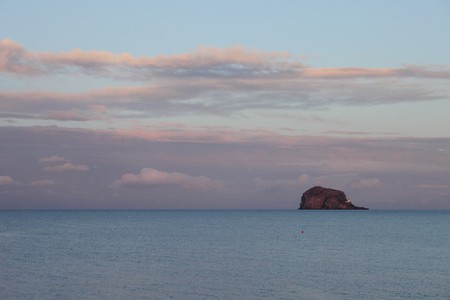 Stroll Along the John Muir Way

Stretching across 134 miles of Scottish heartland, the John Muir Way is a gorgeous contiguous route that extends all the way from Helensburgh to Dunbar and takes in some of Scotland’s greatest natural treasures. Of course, if you didn’t fancy such a long walk, you could walk the much shorter segment of John Muir Way that intersects with North Berwick. This section of the trail will take you along the coast towards North Berwick Law and the picturesque village of East Linton. If you’re in need of a pick-me-up after your exertions, the nearby Preston Mill, the last working water mill in East Lothian, is a National Trust site with an excellent café for lunch. 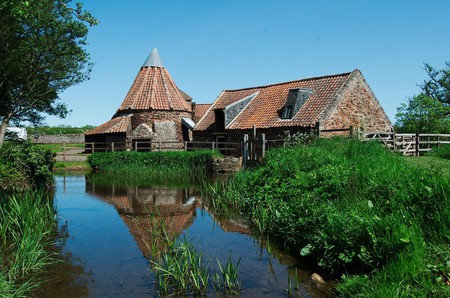 Build a Bonfire on Yellowcraig Beach

With sweeping grasslands and majestic rolling sand dunes, Yellowcraig Beach is a stunning natural coastline tucked away just north of North Berwick. The beach boasts spectacular views of Fidra Island, the inspiration behind Robert Louis Stevenson’s rollicking tale of buccaneers and buried gold, Treasure Island. Though there is no guarantee of finding pirate treasure on Yellowcraig, the beach is otherwise still the perfect weekend getaway, with barbeque pits and an extensive network of trails that wind through sheltered woodlands and across grasslands. Bring a few of your best pals, and watch the lighthouse on Fidra glimmer as the sun sinks below the horizon. 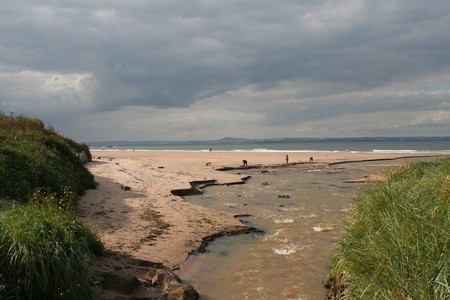 Take to the Skies at the National Museum of Flight

Located on the East Fortune Airfield, this hands-on and interactive museum explores the history of aviation in the UK from the First World War to present day. Set in the best preserved airfield left in the country, there is no better setting to learn about the pivotal role that the Scottish air defences played in protecting citizens during the First and Second World Wars, or about Scotland’s history-making supersonic Concorde plane. With immersive displays of wartime footage and an extensive collection of aircrafts, the National Museum of Flight is definitely not one to miss. 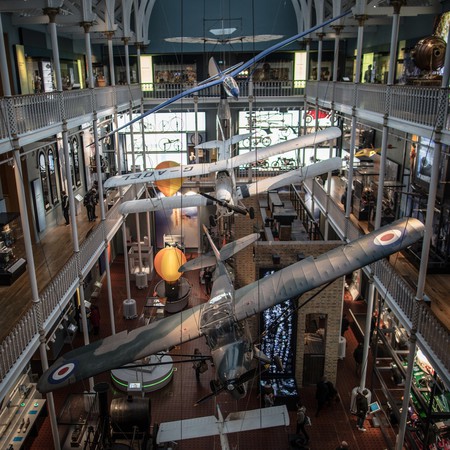 An easy 15 minute drive from North Berwick, the Chesters Hill Fort is one of the best preserved Iron Age settlements in the UK, and was continuously inhabited all the way into the Roman occupation of Great Britain. The surrounding area is also ripe for exploration, with gorgeous green hills and trails to be discovered. Also worth a visit is the nearby village of Athelstaneford, where, according to popular legend, the blue saltire was first adopted as a flag in 832AD, when Saint Andrew (the patron saint of Scotland) promised an army of Picts victory over a tribe of invading Angles. 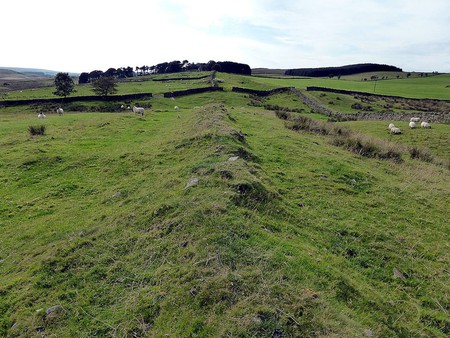